A blood infection left Naomi from Norfolk fighting for her life at the age of sixteen. Thankfully she survived but ever since she has been living under the dark shadow that she might have been left infertile.

Naomi, now aged 29, remembers: “It was the day I was due to start my GCSE exams and I had woken up with stomach pains. The pain was intermittent, and I thought I felt okay so I went into school for my first exam but then I literally passed out in the exam room.

“I was taken to hospital where it turned out that my appendix was really inflamed and about to burst so the decision was taken to remove it. I then became very unwell with an infection and three days after the operation I was put on life support after developing sepsis and stayed in hospital for six weeks.”

An infected or burst appendix can lead to infection which can spread to other internal organs. This can result in scarring or blocked fallopian tubes and affect the ability to conceive naturally.

As Naomi began her slow recovery her distraught parents had to break the news to her that, at the tender age of 16, she may have been left infertile.

“The doctors were honest with my parents and said it was possible that I might not be able to have children,” says Naomi. “It was too much for me to take in at the time as I was still pretty young and my main priority at that stage was re-sitting my exams and getting into college.”

Bourn Hall is hosting a virtual Fertility Fair on Saturday 6th November 2021. Fertility nurses and others will be available to provide one-on-one advice.

Naomi always knew that she did want children in the future, so as her friends started to fall pregnant, she investigated her chances.

“Ever since my operation I had suffered with painful and heavy periods and initially doctors thought that I had endometriosis,” says Naomi. Endometriosis is when tissue like that in the lining of the womb grows in other places and it can block the fallopian tubes which take the egg to the womb for fertilisation. Diagnosis for endometriosis is done by laparoscopy, this involves key hole surgery to insert a small camera for visual inspection of the ovaries and fallopian tubes.

“I was referred to a gynaecologist and had a laparoscopy it revealed blocked fallopian tubes.

“Although it might still be possible for me to get pregnant naturally, I had an increased risk of miscarriage or having a potentially life-threatening ectopic pregnancy.”

Naomi admits that the situation hit her pretty hard. “I had good days and bad days,” she says. “Every time one of my friends got pregnant, I would say ‘congratulations’ but did wonder if that would ever be me. I would try to be happy for them but inside it was eating away at me. I did go on antidepressants for a while.”

When she was 25 Naomi met Liam. “I knew from the start that if I met someone special and we wanted to settle down that I would have to explain to him that I might not be able to give him children,” she says. “Thankfully he was really understanding.”

The couple tried to conceive naturally for 18 months with no success, but the risk of having an ectopic pregnancy was scary. Naomi’s gynaecologist advised that having IVF would be a safer option for her and the couple were referred to Bourn Hall in Norwich for NHS-funded treatment and went to the Cambridge clinic for the egg collection procedure as Naomi’s previous surgery meant that she would require a general anaesthetic.

After the embryo transfer Naomi was told to go home and rest. “I literally did not move off the sofa,” she laughs. “I took a week off work and on the fourth day after embryo transfer, I started to feel sick and my body felt different.

Naomi woke Liam up at 5.30am to do the pregnancy test.

“I couldn’t bear to look at the test result, but Liam said, ‘yay it is positive!’ and we just sat there hugging each other and crying, it was so emotional.”

The couple’s IVF treatment at Bourn Hall had been successful at the first attempt.

Nine months later, on January 2, 2020, the couple’s son Enzo was born. “He was nearly two weeks late, he kept us waiting all over Christmas,” Naomi says. “When he arrived, we just sobbed and couldn’t stop staring at him.”

The couple have two frozen embryos in storage at Bourn Hall from their first treatment and Naomi says that they are thinking about going back for further treatment after their wedding in October.

In the meantime, Naomi wants to enjoy being a mum, something she wasn’t sure would ever become a reality for her.

“What I would say to anyone else struggling with infertility is to try and stay positive and hopefully you will get the result you need,” she says. “Bourn Hall were amazing throughout our treatment, they gave us the best gift of all, the gift of life, and we felt so supported all the way.”

Bourn Hall is hosting a virtual Fertility Fair on Saturday 6th November 2021. Fertility nurses and others will be available to provide one-on-one advice.

Endometriosis and blocked tubes are  common causes of female infertility 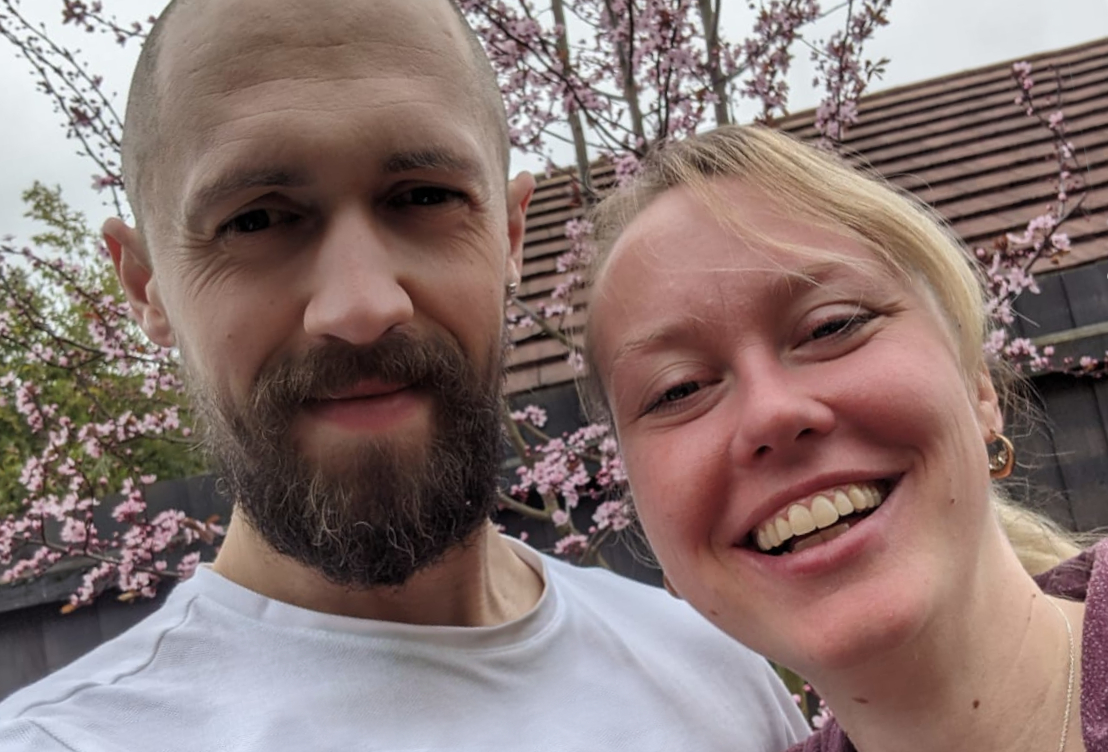 Uncovering the cause of our infertility accelerated our journey to parenthood