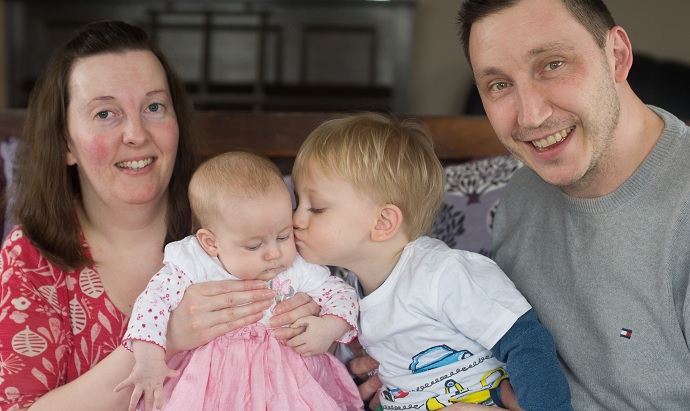 Recurrent miscarriage is heart breaking and can be isolating as few are prepared to talk about the emotional impact. Abi found alternative therapy helped her to cope during IVF treatment.

Over a five-year period Abi had eight miscarriages – her longest pregnancy lasting just ten weeks – before eventually being referred to the world-famous Bourn Hall Clinic.

Abi and husband Scott, who live in Bedfordshire, first started trying for a baby in 2009 when Abi was 29 and they were ecstatic when she fell pregnant.

“When I found out I was pregnant it felt as though everything had fallen in to place,” recalls Abi. “We both really wanted children and as far as we were concerned that was that. We would be having a baby in a few months time.”

Sadly just a few weeks later Abi miscarried and it was a real shock for the couple. “Most people around us were either pregnant or having children so we hadn’t really expected something to go wrong. We were devastated,” she says.

It is estimated that one in six pregnancies where the woman knows she is pregnant will end in miscarriage. Many more occurring amongst women who have not realised they are pregnant. It is thought that most miscarriages are caused by abnormal chromosomes in the baby.

The majority of miscarriages cannot be prevented. However, the NHS Choices website lists a number of steps which women can take to try and reduce the risk: avoid smoking, drinking alcohol or using drugs whilst pregnant. Maintaining a healthy weight prior to pregnancy and eating healthily.

Abi has always been very careful to look after her health and body, having suffered a bout of ME when she was in her twenties after contracting glandular fever. She is a healthy weight and is a keen follower of alternative health therapies. It is very rare for a woman to experience more than three miscarriages – only 1 in 100 women do – but Abi went on to lose seven more pregnancies.

“Every time I got pregnant we got excited, but there was always this fear at the back of our minds,” says Abi.

“And because everyone else we knew had started their families it was quite hard to sometimes mix with them. They would make veiled comments about why we weren’t having children. Even when we did start to tell people about what was going on, a few asked why we didn’t look in to fostering and adopting. When you have been in a situation where you have actually lost a pregnancy that is quite a hard thing to hear someone say to you.”

Recurrent miscarriage is not something which should be swept under the carpet, believes Abi, and she strongly believes it should be talked about more openly.

More difficult to cope with

“It was only when we started to talk about what we were going through, that other people would tell us they had suffered miscarriages in the past,” she says. “Unfortunately it is one of those things which doesn’t get talked about but it really does need to get talked about more. As with anything else if you are going through something which is different to other people you can feel isolated.”

Abi admits that she and Scott delayed going to see their GP. “I wouldn’t say exactly that we didn’t know how to deal with the situation but we just found it extremely hard. Everyone else had their children around them and each year went by and we weren’t getting any closer to having a family,” she says. “It took us a long time to get our heads round what was happening. We had to accept to ourselves that something was wrong, rather than keep trying on our own and hoping it would all work out.”

“Everyone else we knew had started their families – it was quite hard to sometimes mix with them.”

IVF not an easy choice

The couple were referred to Addenbrookes Hospital who advised them that they had two options. Either Abi could go on a course of drugs to increase her egg production or they could be referred for IVF treatment.

Abi and Scott opted for IVF treatment but Abi wasn’t entirely comfortable with the idea.

“I wasn’t 100 per cent okay with going down the IVF route,” she says, “as I knew that I would have to let go of being in control of things, but that was a lesson I needed to learn.”

The couple chose Bourn Hall Clinic in Cambridgeshire for their treatment and were NHS-funded. The clinic treated Abi using a procedure called ICSI.  This involved removing some of Abi’s eggs and directly injecting one of Scott’s sperm in to each egg to help fertilisation occur. The best quality embryo was then transferred to Abi’s womb.

Help on the IVF journey

Abi employed the services of two alternative health therapists to help her on her IVF journey, complementing the medical intervention with reiki reflexology and visualisation, energy balancing and healing techniques.

When the couple found out Abi was pregnant after the ICSI treatment. Abi stayed off work for a few weeks to rest and then went back to work on reduced hours to ensure her body and mind were not overstressed.

Getting past being ten weeks pregnant was a big hurdle. Abi had a number of scans throughout her pregnancy. Happily she went to full-term and son Elliott was born in March 2015.

“Being a mum is a total learning curve and he keeps me on my toes!” she laughs.

When Elliott was 11 months old Abi fell pregnant again naturally but because of her history of miscarriage welcomed the news with ‘cautious optimism’. Happily her pregnancy has gone very well and in just a few weeks she is due to give birth to a little girl.

“She was a complete surprise but throughout all the years of anguish I always knew that I was going to have a little girl so it felt like the right thing,” she says.

“Susie and Beth, my alternative health therapists helped me to remove my fears, They gave me confidence and trust in my body’s ability to maintain a healthy and successful pregnancy, despite our history,” she says. “It enabled me to maintain a positive mindset. And was totally invaluable before, during and after my IVF as well as during my current natural pregnancy.” 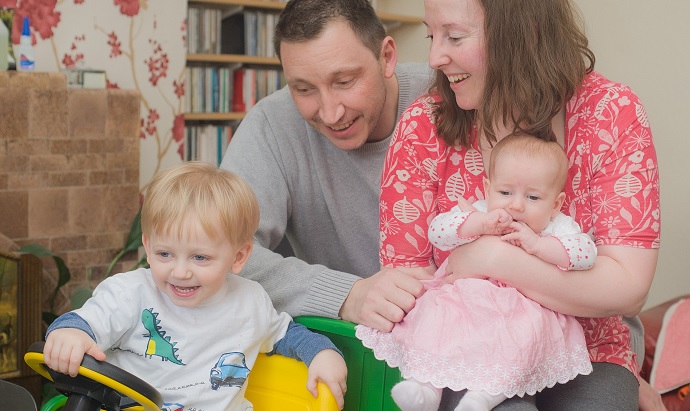