“I was one of the last of my friends to have a baby. I was getting older and older and thought that my time was running out for a baby,” says Caroline.

Although Caroline had suspected that she might have difficulties getting pregnant she and her husband Ari tried for four years before seeking help. Caroline is speaking ahead of Fertility Awareness Week (October 29 to November 4) to encourage others to get advice earlier.

Ten years ago Caroline, now aged 40, was diagnosed with a benign tumour on her pituitary gland, which, ironically, mimics some of the symptoms of pregnancy.

The condition, called prolactinoma, produces high levels of prolactin in the blood and can affect a woman’s menstruation and cause her to lactate. It can often cause fertility issues.

“My body thought I was pregnant and my periods stopped,” says Caroline. “I was producing milk, getting headaches, feeling sick and was very tired. My symptoms were quite mild at first but got progressively worse and it took two years for me to get a proper diagnosis. I was put on medication which reduced the size of the tumour and my periods came back but my hormones were all over the place.”

Caroline met Ari at a friend’s wedding when she was 34 and told him early on about her condition and that she might have problems conceiving.

“We started trying for a family before we got married but not obsessively,” says Caroline. “Once we were married though we took it more seriously and it all got a bit obsessive with calendar-checking. By the time we went to see the GP to ask for help I was 38.

“As time had gone on most of my friends had children, including the friend whose wedding, Ari and I met at. I was around children a lot, and acted as the birthing partner for one of my friends for both of her babies who are now my godchildren.”

Caroline and Ari went to see their GP and were quite quickly referred for IVF. “We were incredibly lucky because at the time we were eligible for three NHS-funded rounds of IVF but I don’t think that would be the case now,” says Caroline.

“We were given a choice of clinics and chose Bourn Hall in Cambridge because it had such a good reputation and the people who set it up were behind the birth of the world’s first test-tube baby who also celebrated her 40th birthday this year!,” says Caroline. “It is also such a lovely place and is in such a nice setting, it felt like a spa hotel.”

Caroline and Ari had IVF using a process called Intracytoplasmic Sperm Injection (ICSI) which involves individually injecting a sperm in to each of a woman’s harvested eggs in the laboratory before transfer.

Caroline, who had to come off her medication for her prolactinoma during the treatment, fell pregnant at the first attempt.

“The day I took my pregnancy test was bizarre,” she laughs. “I crept downstairs at 6am to do the test and I clearly hadn’t left it long enough when I checked the result as it looked negative. I went back up to bed, gutted. Half an hour later Ari went downstairs to go to the bathroom and came bounding upstairs with the pregnancy stick saying ‘wow, this is amazing’ and I didn’t know what he was talking about! The test now looked positive!”

Caroline found out she was pregnant when she was 39. Nine months later her son Dylan was born – just one month before her 40th birthday.

Now six months old he is the apple of his parents’ eye.

“Bourn Hall told us that we had one ‘top-notch’ embryo and that turned out to be Dylan,” says Caroline. “He is a healthy and happy little boy and we are both utterly besotted with him.

“There is so much that can be done to help people struggling to get pregnant and I would advise anyone struggling to conceive not to be embarrassed and to seek help sooner rather than later. It might be that some simple lifestyle changes could help you to conceive naturally and if it turns out that you need fertility treatment the younger you are the better.” 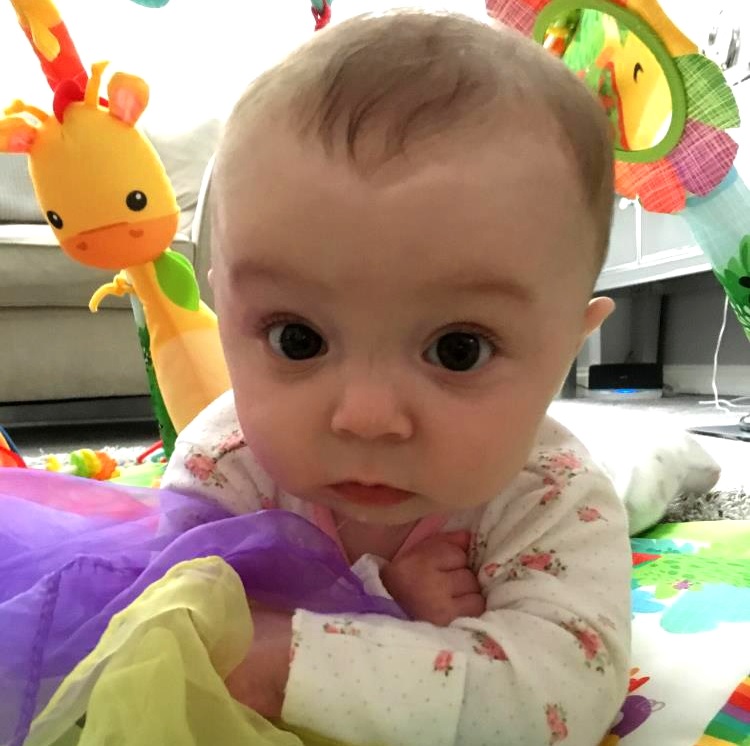 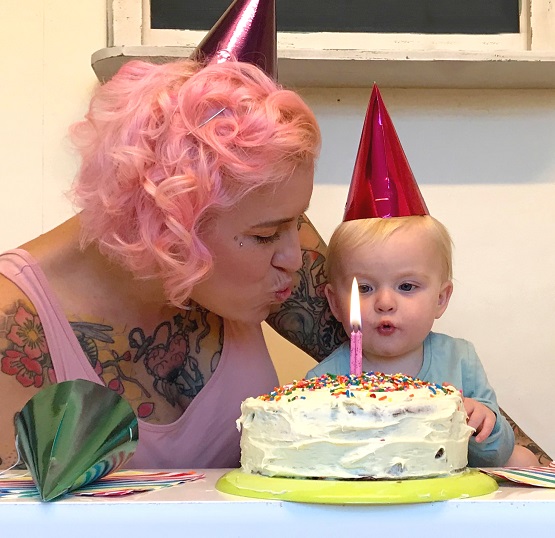