“It’s constant but it’s amazing,” says Melanie of her life with the three-year-old twins she has with her wife Laura. “The enjoyment that we get watching them role-playing, making things up – their imaginations are magical and its surprises us on a daily basis, it’s just wonderful to watch.”

Twins Isaac and Jasmine were born after Melanie had IVF treatment at Bourn Hall Clinic using her eggs and donor sperm from Bourn Hall’s own sperm bank. Melanie, aged 28, describes Bourn Hall as “an incredible place, the best in the world”.

The couple strongly recommend lesbian couples use a regulated clinic. “When the twins are 18 if they want to know more about the sperm donor then they can apply to the Human Fertilisation and Embryology Authority and find out the identity of the donor. That is a lot better than saying to them ‘well, mummy went on the computer…’ Going to Bourn Hall was a lot safer and we got a lot of support from them throughout the process. I would recommend it so much.”

The couple met seven years ago and immediately hit it off. “The subject of children came up fairly early on in our relationship,” says Laura, aged 35, who had always imagined herself being a mum. “But it wasn’t until a couple of years later that we started looking at what the options were for us.”

Lesbian couples know they will need donor sperm and their own health and fertility issues can also impact the decision over which type of fertility treatment is appropriate for them.

As Laura had been diagnosed with multiple sclerosis at the age of 21, the couple had decided Melanie should be the one to carry a baby. However, tests revealed that Melanie was having irregular periods due to polycystic ovary syndrome (PCOS), a common factor in infertility, and that she was not producing any eggs.

As a consequence, the couple were told that they would be eligible for NHS-funded IVF treatment, but only once Melanie lost weight, as there are strict NHS criteria about BMI limits for funding IVF treatment.

“In 12 months I got my weight down from 15 stone to 12 stone and Laura lost three and a half stone too,” remembes Melanie. ” Laura was a brilliant support for me; every time I was tempted to reach for the fast food she would say ‘how much do we want this baby?’ and that would be my motivation.”

When Melanie reached her target weight the couple were told they could be referred for IVF. “We were given a choice of clinics,” she says, “and we chose Bourn Hall because of its success rates and its connection with Louise Brown, the world’s first IVF baby.”

Bourn Hall has its own sperm bank that is regulated by the Human Fertilisation and Embryology Authority (HFEA). All donors are asked about their medical and family history and Bourn Hall performs a medical examination and screening tests. By using a licensed UK IVF clinic lesbian couples are assured that the correct procedures are followed to ensure they both have legal parenthood of resulting children and the donor has no legal status.

Another advantage of using a clinic is that donors are anonymous at the time of treatment. They are invited to write a short goodwill message for any resulting child, who is able to request identifying information about the donor once they are 18 years old. Non-identifying information is provided to assist selection of the donor.

Melanie explains: “We filled out the forms detailing the general things we were looking for in terms of physical appearance and character. Because we were using my eggs we wanted the donor to reflect as much as possible Laura’s side of the family. We were given three profiles to choose from. The nurse said if we were not happy with any of them we could have another three to review. We were told about hair colour, eye colour, skin colour, hobbies, occupation and education and one of them really stood out for us.”

The couple cannot praise Bourn Hall highly enough: “I would strongly recommend other lesbian couples about the safety aspect of using a regulated clinic,” says Melanie. “The sperm donor has no legal rights over a child born through a UK fertility clinic. You have that security that no one is going to knock on your door or ring you and say ‘that child is mine and I am going to fight you for it’.

Twins Isaac and Jasmine were born in September 2016, and the couple describe parenthood as ‘life-changing, incredible and amazing’.

“I cannot remember life before them,” laughs Laura. “Isaac is an explainer – whatever he does he will explain it in so much detail, and he is just the right amount of cheeky. Jasmine is a ‘let’s just do this and think about it later’, and she has just the right amount of sass. They are both amazing little people and now their personalities are showing and growing you can see how different they are and how differently their minds work, which is so interesting to see.

Melanie adds: “They are so close as siblings. We feel blessed every day to have them in our lives, and that’s thanks to everyone at Bourn Hall!”

Every year, during the month of June – chosen because that is when the Stonewall Riots took place in 1969 – the LGBT+ community celebrates Pride in a number of different ways. This year outdoor events, such as Cambridge Pride and Essex Pride that Bourn Hall was supporting, have been cancelled but there will be a number of online events happening between 28 June and  Sunday 5 July 2020 so look out for Pride Inside.

Two dads – Gary and Matt talk about their experience 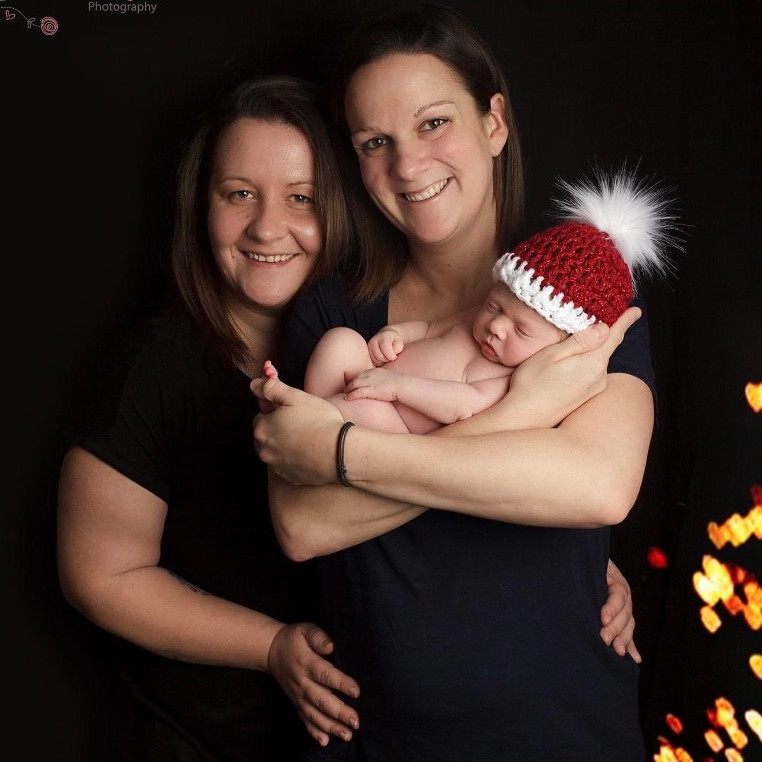 Join us at 11:00am today for our Fertility Fair.

If you have been struggling to conceive for over a year, are waiting to have a diagnosis – or you have already been told that you need fertility treatment – then this event is for you.

The Fertility Fair will offer a selection of stalls covering stages in the fertility journey.

From 11:00am, you’ll have the opportunity to chat one-on-one to fertility nurses and specialists, and to members of our patient services team.

We understand that the past year has been even harder for fertility patients due to COVID-19.

Kate Brian from Fertility Network UK also understands the struggles and has seen them first hand.

She said: “Many people will have experienced delays getting referred and have had to wait for appointments and treatment and going through tests and treatment can make you feel depressed, frustrated and helpless.”

Getting the right support can make all the difference, and having access to accurate information and advice can also help you to take control of your situation.

Kate will be taking part in our fertility fair tomorrow which is now open for browsing: fertilityfair.uk ... See MoreSee Less

Fertility Network you are not on your own - Bourn Hall Clinic

Kate Brian of Fertility Network will be talking about the range of support available for people with infertility at Bourn Hall's Fertility Fair.
View on Facebook
·Share

“Finding out that the reason we couldn’t conceive was that both of my fallopian tubes were blocked was actually a relief,” says Kirsty from Norfolk.

“The ‘not knowing why’ seemed like the worst part. With a fertility diagnosis we were able to move forward with the appropriate treatment which enabled us to have a baby.”

After over a year of trying to conceive, Kirsty and Dan came to us for fertility tests. After their problem was diagnosed, they went onto have successful treatment, leading to the birth of baby Jenson in October 2020.

You can read their story in more detail here: moredetails.uk/2Q5gDhF

You can also find out more about our fertility health and wellbeing test package at our Fertility Fair on Saturday, which is now open for browsing: fertilityfair.uk ... See MoreSee Less

"Fertility diagnosis with laparoscopy revealed blocked tubes and scarring, there is no way that I would have known, I could have kept trying for ever."
View on Facebook
·Share

Your infertility may be unexplained, but that doesn’t mean there’s no treatment for you.

Visit our fees and funding page for information on our IVF packages, including our Unlimited IVF package that offers a 100% money back guarantee if you don’t have a baby within two years.

One of the most common questions we get asked is ‘What are the funding options for IVF?’

The National Institute for Health and Care Excellence (NICE) recommends that for the best chance of a successful outcome from IVF treatment, patients should be offered up to three cycles of IVF on the NHS but there are few places where this level of funding is available.

The availability of IVF treatment through the NHS is inconsistent across the country as each Clinical Commissioning Group (CCG) can set its own priorities. This means that, although NICE recommends best medical practice, budget restrictions mean these guidelines are not followed by many local NHS services

Multiple cycles of IVF are needed for the best chance of success. To help patients to access this level of treatment funding options for IVF are discussed
View on Facebook
·Share