Speaking openly to strangers about his personal fertility journey is something that Richard Clothier has got used to over the past year as part of his campaigning to keep NHS funding for IVF treatment, including News Night on 7th August 2017.  Richard recognises however that many men find it incredibly difficult to talk openly and offers some words of male infertility advice. 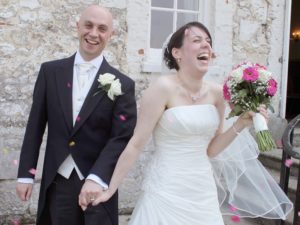 My wife Terri and I got married six years ago, the day after the Royal Wedding, and we decided that we would get cracking and try for a baby straight away. I was 34 at the time and Terri was 29 and it didn’t occur to me that we might have a problem conceiving. When nothing had happened after 18 months we ‘cranked up the levels’ a bit but still Terri didn’t get pregnant.

We eventually went to see our GP and were referred for tests. Our GP told us that the tests revealed I had sperm which were “a bit lazy”, and if we kept trying then Terri “would be pregnant by Christmas”. I now realise that saying this to a couple who are struggling to conceive is pretty reckless. We weren’t happy with his advice and went back for a second opinion but the next GP basically told us the same thing. We then went back for a third opinion and saw a locum. He told us that based on his interpretation of my test results we would never conceive naturally.

Over the next year I underwent numerous tests and scans and was seen by a urologist, who told me that there was a small varicose vein on the inside of the testicle but there was little evidence that an operation would improve our chances (I later heard that this was incorrect).

We were eventually referred for NHS funded IVF treatment and assumed we would have access to three cycles if we needed them. However, when we came to sign our consent forms, we discovered that this had been reduced to one cycle in the area of Bedfordshire where we live. It felt like one door opening and another closing. Before we got married we had lived in Luton where people were still entitled to three cycles.

We were both devastated. Given only one cycle, we attached so much emotional reliance on it to work and this increased the pressure and my guilt.

During this time people all around us were announcing their baby news.

I felt so awful and that I was letting my wife down but I didn’t want to divulge to her how I felt. I felt pretty emasculated because not only could I not succeed in getting her pregnant, but it was often me who had to break the news to her that yet someone else we knew had got pregnant.

I didn’t feel able to then tell her that the whole thing was killing me. I just dealt with it in a silent way, with my emotions sometimes coming out when I was on my own in the car on the way to work. It became all-consuming and seemed as though everything around me was ‘baby-related’, and when someone made jokes about people ‘firing blanks’ I felt like throwing something at them.

I did later reach out to a couple of friends and I think it is really important that men do this. My advice to other men is that you need to think really carefully who you choose to share your feelings with. 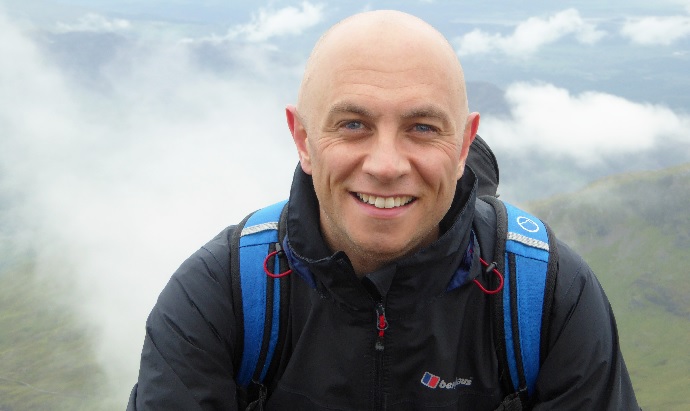 Look at how they deal with their own problems in their lives and also if they might be likely to have a child themselves in the near future. I

f someone hasn’t experienced infertility themselves they probably won’t understand how you are feeling.

I would also say to anyone who is being confided in by a friend experiencing infertility: don’t feel compelled to say something positive. That used to wind me up even though I knew they had good intentions. Just let them throw at you everything they want to say and don’t judge.

Terri had a number of counselling sessions to help her to cope but all the counsellors were female so I didn’t fancy it. I didn’t think I could open up to a woman.

I wish I had known then about a private Facebook group set up exclusively for men experiencing infertility and of which I am now an administrator. It is an online and totally private forum where men can rant, and share their darkest fears and not feel embarrassed or judged. When I joined the group last year there were just a handful of us and now there are over 250 members.

We had IVF treatment at Bourn Hall with the routine appointments at Luton & Dunstable Hospital. The first and only NHS-funded cycle was unsuccessful and we were shattered as we knew it was over for us, and it was more painful as we had shared a waiting room with people who had become pregnant on a second or third cycle.

We had been saving, as we had read that funding was at risk in other areas, so we managed to scrape together enough for a second try. This cycle felt different; we knew what to expect and felt more prepared. Fortunately Terri became pregnant and our son James was born in April 2017.

Ironically it was channelling my energy into campaigning about funding inequalities that forced me to talk about my experiences and helped me to cope. Infertility puts a strain on relationships and people either empathise or they don’t.

Being a dad makes our dark times worth it. That is why I still campaign for fertility treatment equality across the country, as it seems to me that the stigma attached to infertility makes it much harder for people to speak out – and this in turn makes the budget cuts easier to make.

To find out more go to www.facebook.com/groups/mensfertilitysupport

More about treatment for common causes of male infertility

We have a section on the Fertility Blog for men. 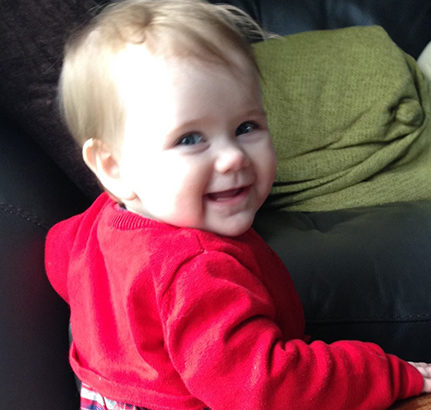 Cystic fibrosis a cause of infertility