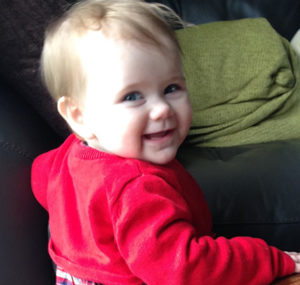 Tom didn’t know that he was a carrier of cystic fibrosis a cause of infertility. His wife Rachel talks about their Fertility Journey to encourage others to seek advice.

“We are both so grateful to have been able to have our treatment on the NHS, it meant everything to us,” she says. “Without it we wouldn’t of had a chance and we’d never of had Amalie. We are so thankful to them and Bourn Hall for their help in giving us the family we’d always wanted.”

Rachel starts: “We wanted to try for a baby as soon as we got married, which was in 2010. After 18 months of trying nothing had happened so I thought we should go to our GP and get things rolling.

Cystic fibrosis a cause of infertility

The couple had to have blood tests and Tom provided a sample for a semen analysis, which revealed that he had a sperm count of zero. After further tests at the Broomfield Hospital and the UCLH it was found that Tom didn’t have any vas deferens and was a carrier of cystic fibrosis.

Around one in 25 white Europeans in the UK are carriers of the cystic fibrosis gene. Carriers of the gene can have problems with their fertility and some men are born without vas deferens – the tubes that transport sperm from the testicles to the penis.

Without these tubes, sperm cannot mix with the seminal fluid and so there is no sperm present in the ejaculate. Rachel continues “knowing the cause of our infertility was like a big relief. It was good to know what was stopping us from conceiving, that there was something that could be done for us and we could put a plan of action in place.”

After further testing Rachel and Tom were sent back to their GP and were referred for NHS funded IVF treatment which they chose to have at the Bourn Hall Clinic in Colchester.

“I was apprehensive before our first visit to Bourn Hall Clinic, but as soon as we were there, I was put at ease” adds Tom.

Rachel continues: “In March 2013 we started treatment at Bourn Hall. We met with our consultant urologist at the Colchester clinic and they decided Tom would need to have a treatment called TESA to find sperm.”

Testicular sperm aspiration (TESA) occurs when a fine needle is inserted into the testis and samples of tissue containing sperm are obtained through gentle suction. For Tom the procedure was a success and produced two vials of high quality sperm which were frozen for use in future IVF treatment cycles.

Later that month Rachel began her treatment at Bourn Hall, having blood tests and ultrasounds and been shown how to inject herself with the fertility drugs. Rachel returned to the clinic in May 2013 for her egg collection and produced 16 eggs, nine of which were successfully fertilised using Tom’s sperm.

Five of the embryos developed to 5-day Blastocysts. Four embryos were frozen for use in future cycles and one was transferred to Rachel’s womb. From then Rachel and Tom had a nervous two week wait before they could take a pregnancy test to find out if their treatment had been a success.

“I couldn’t bear to wait the two weeks before taking the test so I did it a bit earlier” reveals Rachel. “We went through treatment thinking the first cycle would just be a trial go and to treat it like a learning experience. I had convinced myself it wouldn’t work so when I looked at the test and saw it was positive I couldn’t believe it! It was such a surprise!”

Looking back on their treatment Rachel feels that for them being open helped a lot. “Both of us were honest with our friends and family from the beginning. I think we felt much more comfortable with everyone knowing and it meant we had a whole support group to confide in and help us through it.”

Delighted that they had been successful on their first round of IVF treatment, Rachel and Tom looked forward to the arrival of baby Amalie who was born on the 27th March 2014.

Tom says “the staff were always honest with us about our chances of success, I’m just so pleased we beat the odds!”

“You can’t prepare for it” says Rachel on what it feels like to be a mum. “One day you just come home with another person! It hasn’t been chaotic yet; just everything takes so much longer than you think!

“Being a mum is amazing!” 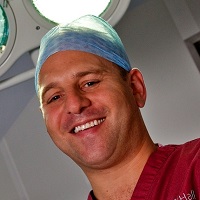 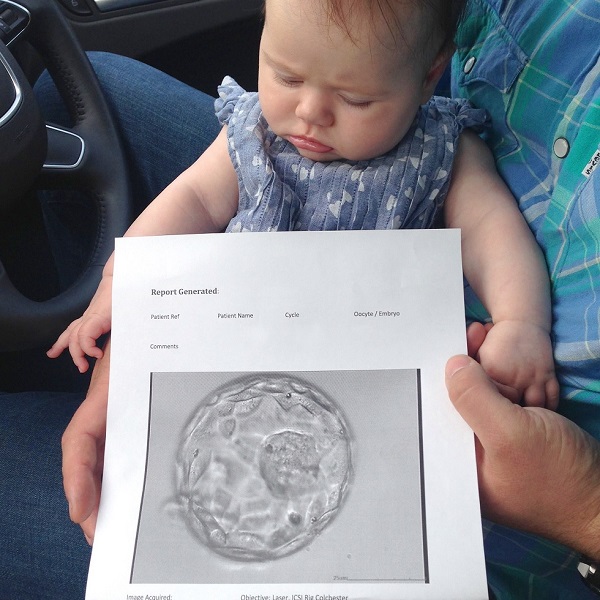