On the 25th July Louise Brown, the world’s first ‘Test Tube’ baby, celebrates her 44th birthday. Louise’s birth was a momentous occasion that received worldwide media coverage and has changed the lives of millions of people.

The birth of healthy baby was also a huge relief for the IVF pioneers Robert Edwards, Patrick Steptoe and Jean Purdy as it meant that the science had succeeded and it would be possible to offer IVF as a medical treatment, which they did at Bourn Hall, the world’s first IVF clinic.

Professor Edwards’ daughter Jenny was 11 when Louise was born; in this video interview she tells Louise her memories of what happened – and Louise shares a little mystery.

Over the last four decades we have enjoyed welcoming Louise on many occasions to celebrate milestones in her life as well as landmarks in Bourn Hall’s history.

On her most recent visit to Bourn Hall, Louise, whose younger sister Natalie is a Bourn Hall baby, met three families who shared their reflections with her about what IVF and Bourn Hall mean to them.

Infertility wasn’t something that was openly discussed when Angela was struggling to have a baby in the 1980s. It was fortunate that she heard about the new Bourn Hall Clinic from her cousin Jenny, who had become a nurse there.

“When I was 21 my appendix had burst, and I had got all these adhesions from the peritonitis, but I didn’t know that was the reason I wasn’t getting pregnant,” says Angela. “It wasn’t until I actually had the twins by caesarean that the doctor told me ‘there is no way you would have conceived naturally’.”

Her daughter Nikki remembers that when she too struggled to conceive her second child her mum was supportive: “My mum said to me ‘go to Bourn Hall, they are brilliant!’” Nikki and Liam are now parents to Cleo.

When Louise asked Angela to reflect on what the IVF means to her she became tearful: “It was wonderful, absolutely wonderful. I would never have got pregnant if I hadn’t had IVF, would never have had my family.”

Angeliqua from Luton is now mum to Isabella after IVF treatment at Bourn Hall.

She has PCOS, a common cause of female infertility. Only having four periods a year made it difficult for Angeliqua to gauge when she was ovulating and whether she could be pregnant. “We tried for two years before we went to see the GP and during that time I had a miscarriage without realising I was actually pregnant,” she says. “I had started bleeding and went to the hospital on a Bank Holiday and that is when they told me that I had been pregnant and miscarried.

“I didn’t even know I was pregnant. We were heartbroken.”

Successful IVF treatment at Bourn Hall gave Angeliqua and husband Hayden their daughter. “It is magical being a mum,” says Angeliqua. “There is so much frequent joy in everyday moments, when Isabella says a new word or starts laughing or smiling or does something unexpected.”

Claire and Alex from Hitchin have their son Robin after treatment at Bourn Hall.

After two years of not getting pregnant the couple, who are registered with the same GP, made an appointment together. The GP referred the couple for a number of fertility tests, and the semen analysis revealed a low sperm count. The couple were told that they could be referred for NHS-funded IVF and the couple chose Bourn Hall Cambridge.

“It was amazing to be told that we could have IVF,” says Claire. “Bourn Hall Cambridge was our first choice. There was something really appealing about going to the world’s first IVF clinic set up by the people who had brought Louise Brown into the world.

“We have got such a fondness now for the big old house and the grounds; I remember going there for the first time and having this magical feeling of hope.”

See more about the history of Bourn Hall and Louise Brown on the blog. 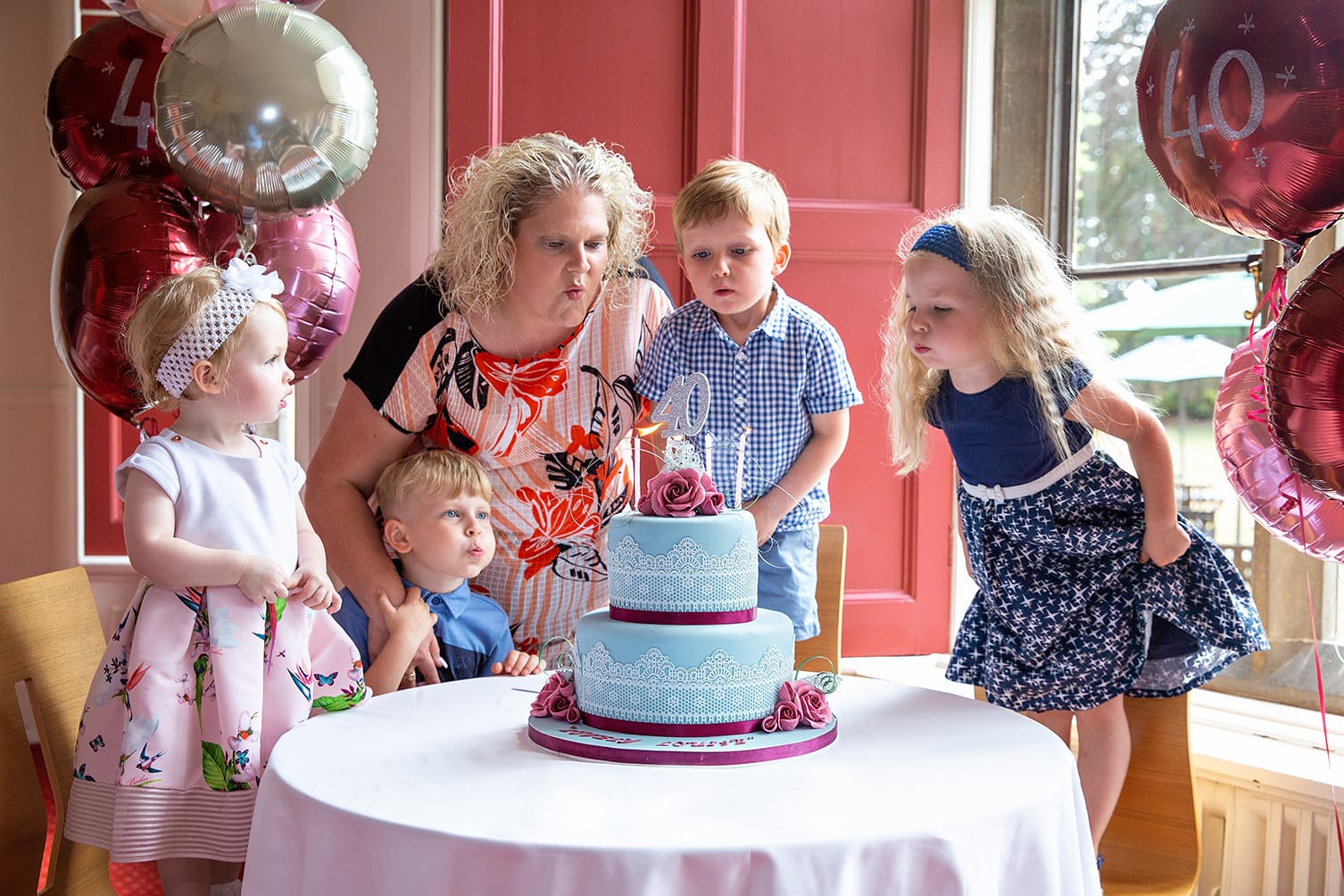 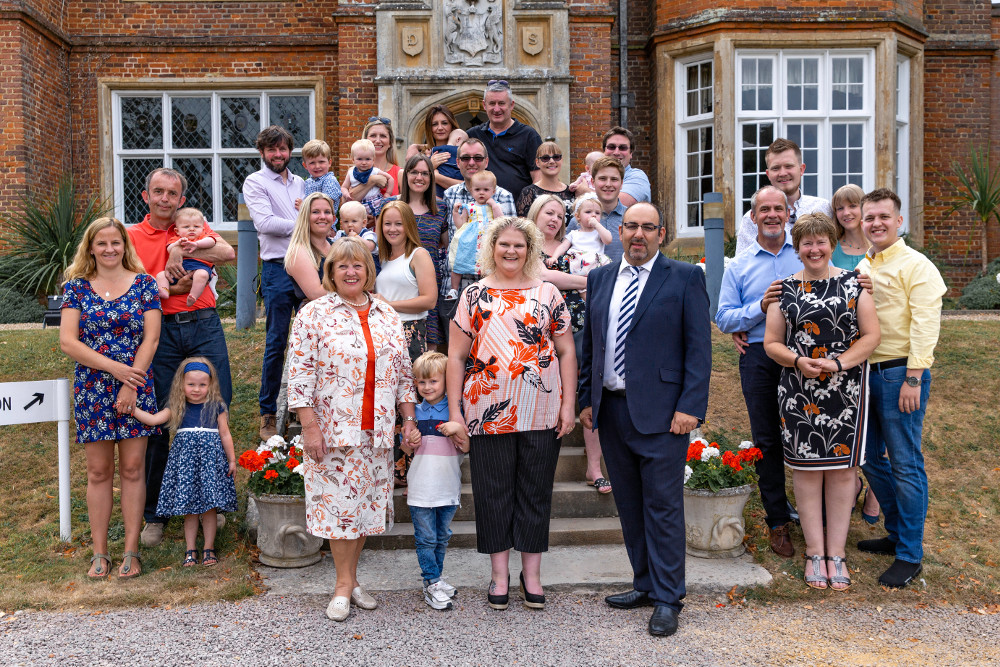 Have you signed up for our Essex open evening yet?If you are interested in finding out more about fertility tests or IVF treatments, this in-person open evening will give you the opportunity to meet some of our experts and look around the clinic.Join us on Thursday 18th August at 6pm. Sign up here: moredetails.uk/3vhn0Qp ... See MoreSee Less

One in 80 pregnancies are ectopic and for many women, like Lucy from Cambridgeshire, this can impact their future fertility. Rapid action can be lifesaving, so Lucy has shared her story to raise awareness, with her little girl turning one today! 🎈Happy Birthday Polly!Lucy said: “One of the main things we loved about Bourn Hall is that it isn’t a typical ‘hospital’ environment. For my egg collection it was so quiet, not hectic at all and this just really helped put me at ease in preparation for my procedure.”Read Lucy and George’s story here: moredetails.uk/3vQrP3o If you want to find out more about your fertility health, you can book a consultation, virtually or in person, on our website. The Ectopic Pregnancy Trust ... See MoreSee Less

⚽ We sponsored the Wickford Town FC Under-9 Pumas who have ended their debut season on a high – moving up two leagues and with two new signings on the books! 🏆Well done to the team! 👏Former patient, Shanna, is now heavily involved with the team and hopes having the Bourn Hall branding on the kit this season will encourage others to gain advice if they’re struggling to conceive.“Some people try and try for a baby and don’t understand what is going wrong,” she says. I don’t want infertility to be this big ‘hush hush’ thing. I want people to talk about it.”Find out more here: moredetails.uk/3Qp9Qco You can also register for our Essex open evening at our Wickford clinic on Thursday 18 August at 6pm. ... See MoreSee Less

If you freeze your eggs, you can store them for up to 55 years.The optimum time to freeze your eggs is before your mid 30’s. Patients freeze their eggs for a variety of personal reasons. Having a baby using frozen eggs is as successful as using fresh eggs.Find out more on our website here: moredetails.uk/3AtgJ7H ... See MoreSee Less

If you are looking for fertility advice or IVF in Essex, come and visit us at our Wickford clinic on Thursday 18 August.Our state-of-the-art clinic is one of the UK’s most advanced patient-centric fertility centres, offering a calm and welcoming environment. Services include fertility diagnosis and treatment, along with facilities for complementary therapy, counselling and patient support.If you would like to find out more why not join us at our Essex open evening on Thursday 18 August at 6pm - register here: moredetails.uk/3vhn0Qp ... See MoreSee Less