Teenage sweethearts Amber and Josh thought they would be young parents, but the baby they longed for took 5 years to arrive. Now they are looking forward to celebrating their first Christmas as a family.

All I want for Christmas

“I was one of those naïve people who thought I would fall pregnant in the first few months of trying,” says Amber, who was 21 when she and partner Josh decided to try for a baby.

“We had been together since we were 18 and we had always been interested in being young parents. I had really not given it a thought that we might struggle to conceive, my parents were 20 when they had me and Josh’s mum had her children young and so we assumed it would be the same for us, but after about six months I thought ‘oh okay, this is a lot harder than I thought’.

“I am a very organised person and I started doing ovulation tests every day and so instead of sex being a romantic thing it became a regimented thing of ‘right this is the right time, we need to do it now!’

“We waited another 18 months before going to the GP by which time I had done a lot of research and I just knew that something wasn’t right.”

Surgery as a teenager?

“At first we thought the issue might be with Josh because of surgery he had on one of his testicles as a teenager to remove a cyst. He was really worried and convinced that it was him.

“Our GP was really lovely and actually asked us both to come in and have a chat with him at the same time. He asked us lots of questions about how long we had been trying and he sent us for some tests.”

Josh’s first sperm sample showed low motility and he was sent for another test which came back as normal. The couple were then sent for further tests at their local hospital – which is when the cause of their infertility was finally diagnosed.”

“I had an internal scan and there was a massive dark patch on the screen which looked like a big ball,” remembers Amber.  “I was petrified because I thought it must be a massive tumour and I was absolutely panicking and my mind was racing but the doctor reassured me and said ‘it is not what you think.’ After I got dressed he was sitting at his computer tapping his fingers on his desk and he said to me ‘have you ever had any operations on your stomach?’ and I was going to say ‘no’ but then I remembered that I had a burst appendix and infection when I was four.

“The doctor said ‘can I have a look at your scar?’ and as soon as he looked at it he told me that it wasn’t normal. My scar is inverted and looks like someone is pulling it from the inside and the doctor said he suspected that the scar tissue from when I had my infection had probably attached itself to my reproductive organs and that I would have a lot of scar tissue and would probably need IVF.”

A laparascopy and dye test confirmed that Amber’s tubes were blocked and that she had so much scar tissue that the doctors couldn’t locate her ovaries or fallopian tubes.

Felt bad for my husband

“When it was confirmed that I would need IVF I was devastated,” says Amber. “The one thing I have always wanted is children and it was like my body had failed me and just said ‘no’. I started feeling really bad for Josh and worried that if he was with someone else he would have had children by now.”

The couple were entitled to NHS-funded IVF and chose to go to Bourn Hall Clinic but their treatment was delayed when clinics were forced to close because of the pandemic.

When they were finally able to resume their IVF journey at Bourn Hall Amber began her course of medication before egg retrieval took place in October 2020.

“I had to have a general anaesthetic for my egg retrieval and I remember coming round from the procedure and being told that they had retrieved seven eggs and I burst in to tears and said ‘that isn’t enough’ because I had done my research and had read about people having 20 eggs and I was worried that I was going to lose them all.

“I needn’t have worried though because we ended up with four fertilised embryos, one was transferred to me and three were frozen.

“During the next two weeks I didn’t feel any different and that started to make me feel even worse! I was hoping that I might feel sick but I didn’t feel anything so it felt like a really long wait.

“When we did the pregnancy test it was the first time I had ever had a positive pregnancy test and I completely freaked out, we just stared at it. Josh didn’t believe it and wanted me to do more tests, it was almost like he was reserving his feelings and didn’t want to get his hopes up. So we did another five and then more the next morning and it finally began to sink in that we were pregnant.

Longed for baby arrives at last

“Our daughter Hallee arrived on 6 July 2021 and I just felt over the moon. We didn’t know that we were having a girl and when they put her on my chest I said to Josh ‘what is it?’ and he said ‘it is a little girl’  and I was just absolutely elated. It was as though we had gone in to this weird little bubble just the three of us and we had had to fight so hard to get her and it felt as though she was meant to be part of our little family.”

Amber, who is now 26, says: “It feels fantastic to finally be a mum, it is something I was born to do. Hallee has changed me in to a better version of myself, she is amazing.

Infertility can be difficult to cope with especially at Christmas – we provide some coping tips.

If you want to find out more about your fertility a consultation with a fertility nurse specialist is free and doesn’t need a GP referral. 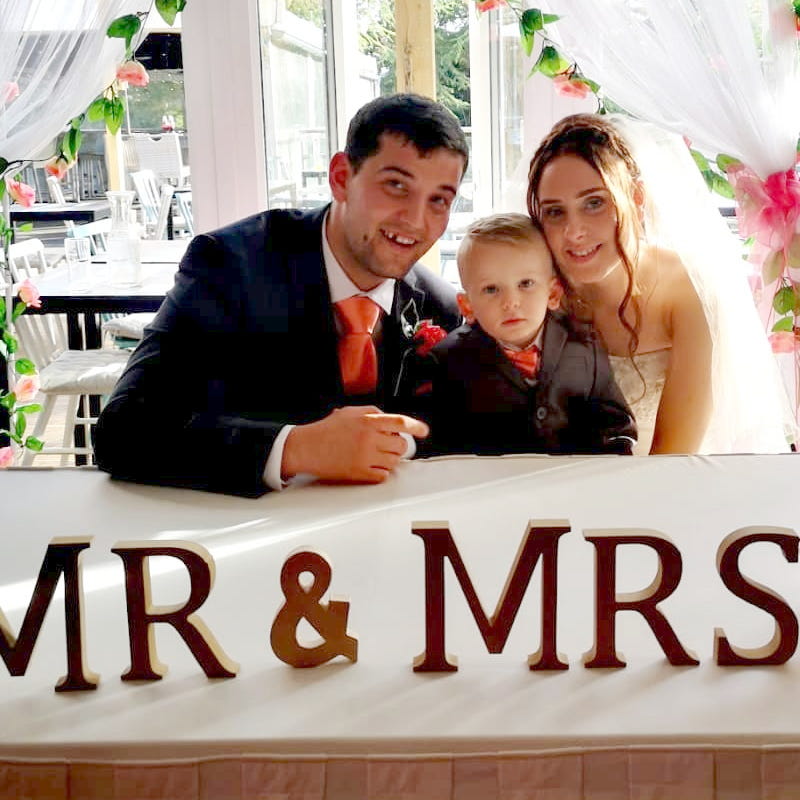 Fairytale ending for Naomi after shock infertility diagnosis at 16