Tough for men too

Thomas says: “No one really thinks the men go through anything, but every setback and every emotion is felt as hard and as much as the women. We are always on the side lines as we only have ‘one job’ to perform but my advice to every other man about to embark on such an important journey, is to just be there for your partner to support every aspect.

“Try and attend all appointments and scans and above all, don’t take things personally and just believe that your life will be enriched when you succeed.

“I adore being a Dad. I can’t wait to get home from work to spend time with him. Hugo makes us feel complete.”

Cause of heartache unexplained

The couple started trying for a baby as soon as they got married, Anastasia was 29. After several years they went for advice and were referred for testing. These came back as ‘unexplained’ and the couple were referred for one cycle of NHS funded treatment and they choose Bourn Hall.

“I really struggled with it being unexplained infertility” recalls Anastasia. “I think it was harder not knowing what the problem was. It would have been easier knowing and having something to focus on and a hurdle to overcome. I found it really difficult and frustrating. “Being referred for IVF treatment it felt like we were actually doing something and we were full of optimism. Looking back on it now we were quite naïve.”

At Bourn Hall further tests revealed that Thomas’ sperm slow motility (movement) could be the cause of their infertility and that IVF with ICSI would be the best treatment for them.

ICSI stands for Intracytoplasmic Sperm Injection and is when a single sperm is injected into the centre of a mature egg, to help fertilisation occur. Anastasia had her egg collection in 2007 and produced six eggs, which resulted in several good quality embryos, one was frozen and two were transferred to her womb after the second day of incubation.

“Then it was the horrible two week wait before you can take the pregnancy test” recalls Anastasia. “You want to do it early! My heart was saying do it and my head was saying don’t because the result might be false. It was so difficult to control my emotions.

“When we finally took the test it was negative. We were devastated. At the time there was only NHS funding for one cycle of treatment and we couldn’t afford to self-fund so the decision was made for us. We had to save up and wait till we could afford further treatment.”

The couple’s lives were put on hold. Good news came when the funding criteria changed and the couple were able to have further NHS treatment; two further treatments were also unsuccessful.

At this point the couple had been trying for 8 years. Anastasia started to look into alternative ways to boost their chances of conceiving. “I’d done some research on immunology and thought that prednisolone, a steroid that reduces the immune response, would help us, but at the time the drug hadn’t been researched enough for Bourn Hall to prescribe it. Our consultant recommended clexane instead which is a blood-thinning drug that helps implantation and increases blood flow.

“I produced quite a few eggs this cycle and the embryos were top grade. Two embryos were transferred to my womb and at this stage we were quite hopeful because we had two transferred and they had both been such good quality.”

The couple were right to be optimistic. Two weeks later Anastasia took a pregnancy test which showed she was pregnant. “We were ecstatic!” exclaimed Anastasia. “I was so happy that it worked. It was the first time I’d be pregnant since we started trying nine years ago.” But it was not to be, sadly they lost the pregnancy.

Looking back, Anastasia says “I think we were holding on to a thread of hope and when we had the scan a few days later there was no heartbeat. We’d had our hopes built up so much, only for them to be ripped apart. We were devastated. I shut myself off from the world and just wanted it to all go away.”

This cycle marked the final NHS funded IVF treatment the couple could have so Anastasia and Thomas took some time to grieve and think about their future. It was during this time the couple renewed their wedding vows and had their wedding blessed in a church.

Anastasia’s mum and dad offered to pay for one more cycle of IVF treatment, but Anastasia had mixed emotions about having more fertility treatment. “I was so grateful to mum and dad for giving us another chance, but it took about three years before I thought I was ready. I think I was scared, I kept on making excuses to not go through it again.”

When she rang Bourn Hall she was told that prednisolone was now available, and also another technique called IMSI (Intracytoplasmic Morphologically Selected Sperm Injection). IMSI involves the assessment of sperm at a very high magnification, allowing embryologists to identify any defects or abnormalities. Once a sperm is selected it is injected into a mature egg in the same way as standard ICSI. It has been known to boost success rates for cases where implantation hasn’t worked on several occasions following ICSI treatment.

It was their last chance, after 10 days the couple came back to Bourn Hall to get the results.

Floating in the moonlit sky

“After 10 days we came back to Bourn Hall for a blood test to see if I was pregnant. Afterwards we had to sit in the café and wait for the results. I remember I had three cups of tea and sat pretending to read a magazine. I think Thomas was doing the same thing too – it was a horrible wait!

“The nurse called us over and I burst into tears, I was overcome with fear. I tried to compose myself but the nurse smiled and said she couldn’t have me crying any longer. She told me I was pregnant and I burst into tears of absolute joy and relief.” Anastasia experienced another bleed at 9 weeks, but all was okay and Hugo finally arrived.

Anastasia says “It took 12 years to have him but he is so worth the wait. He is lovely. I love being a mum. I’ve worked with children my whole life, but this is completely different and everything I’ve always wanted.”

We have a webinar ‘It’s a game of two-halves’ on 11th February 2021 exploring what a semen analysis tells you and how to improve poor sperm quality and quantity. 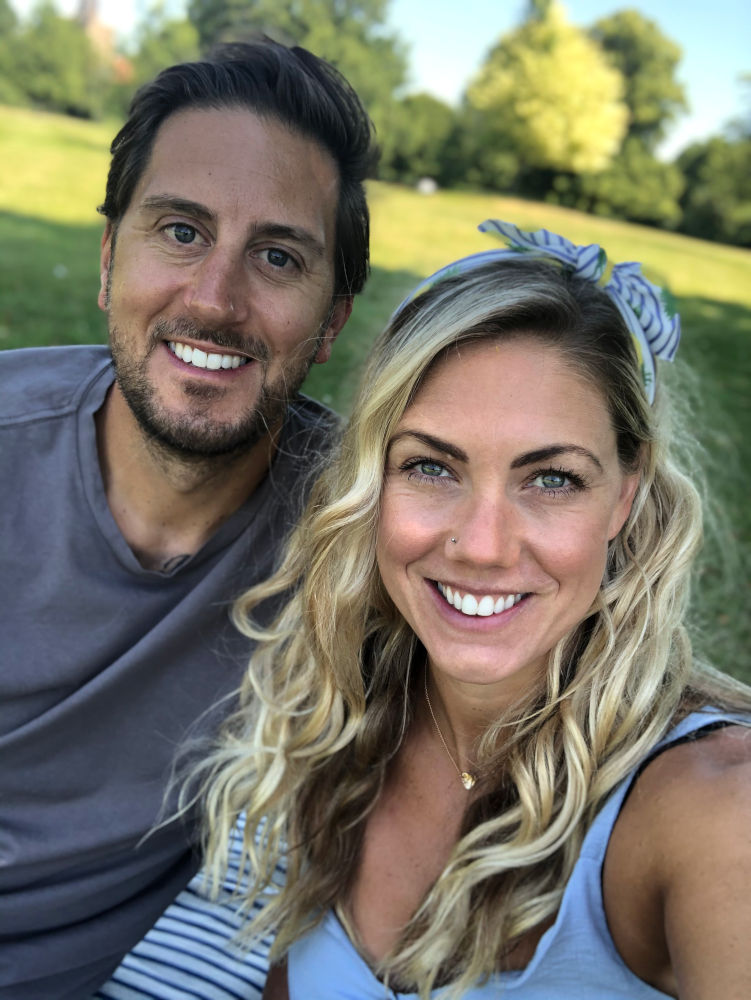 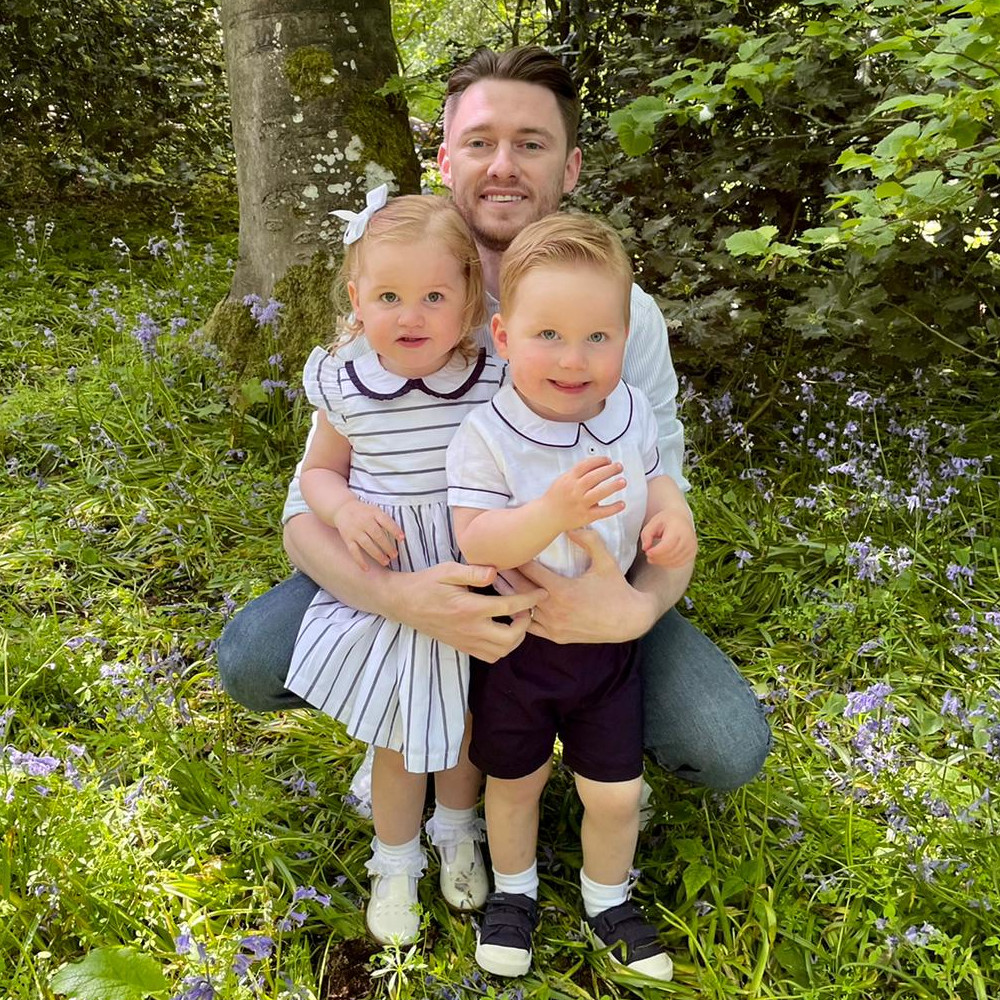