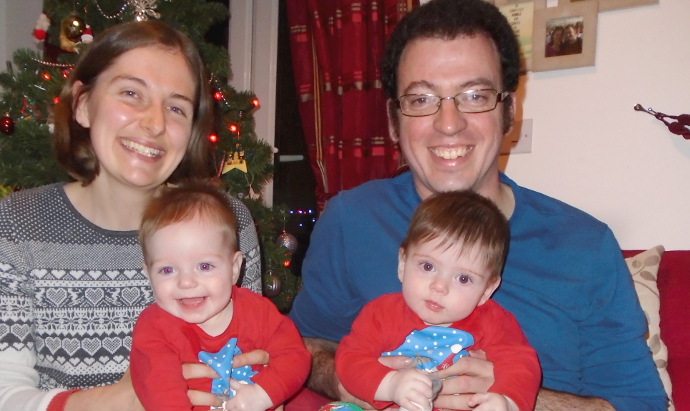 Christmas can be a really sad and emotional time of year for people struggling to conceive and Jennifer from Norwich has had her fair share of sad Christmases in the past.

This year however she is counting her blessings and looking forward to spending the festive period with husband Simon and six-month-old twin daughters Katherine and Melissa – who were born after the couple had IVF treatment at Bourn Hall Clinic in Wymondham near Norwich.

“My heart really goes out to people coping with infertility over Christmas,” says Jennifer. “My advice is try and look after yourself and don’t feel as though you have to do all of the normal Christmassy stuff which can be tough if you are surrounded by family and friends who have all got children and you haven’t. I also hope that hearing our story will give others hope that they might have a positive outcome in the end.”

Jennifer, aged 31, married Simon, aged 41, five years ago and six months after their wedding they started trying for a baby.

“When we had been trying for around five months I went to see my GP because I suspected that I might have polycystic ovary syndrome,” says Jennifer. “I had irregular periods and we had been using ovulation testing kits which showed that I didn’t always ovulate.”

Polycystic ovary syndrome (PCOS) is one of the most common causes of fertility issues in women. The condition disrupts the release of a woman’s eggs and common symptoms include: irregular periods or no periods at all; excessive hair growth, such as on the face; weight gain; oily skin/acne and thinning hair.

The GP suggested that Jennifer and Simon carry on trying to get pregnant naturally for a few more months. The couple returned to the GP when they had been trying for a total of 12 months and were referred straight away for diagnostic tests at Bourn Hall Clinic. Norfolk was one of the first counties to offer an integrated fertility service and GPs can initially send patients to Bourn Hall in King’s Lynn and Wymondham for fertility tests, lifestyle advice and drug treatment without the need for IVF.

Tests at Bourn Hall Clinic confirmed that Jennifer had been right to suspect that she had polycystic ovary syndrome and she was put on the ovulation induction drug Clomid.

Although the Clomid boosted Jennifer’s ovulation she still didn’t get pregnant and was advised her that her best chance of getting pregnant was to have IVF treatment.

Jennifer was still only in her late twenties but the news brought with it a new realisation.

“It was really hard because suddenly it started to feel as though everyone around us was having babies and that is really tough when you are not sure if you are ever going to be able to have children,” she says.  “I stayed away from Facebook because it is really difficult seeing peoples’ newsfeeds about having babies.”

The couple were entitled to one round of NHS-funded IVF treatment at Bourn Hall – ‘one round’ means one ‘fresh cycle’ and any resulting ‘frozen embryo transfers’. Their fresh cycle didn’t result in a pregnancy: “That was really crushing because when you have reached the stage of IVF and are still not getting pregnant that is really hard,” Jennifer admits.

Luckily the couple had seven viable embryos frozen after their fresh cycle which Jennifer describes as “amazing and a really positive thing” and they pinned their hopes on a pregnancy from a frozen embryo transfer.

Throughout their journey the couple were comforted by their faith: “Lots of our friends were praying for us and that really helped,” says Jennifer. 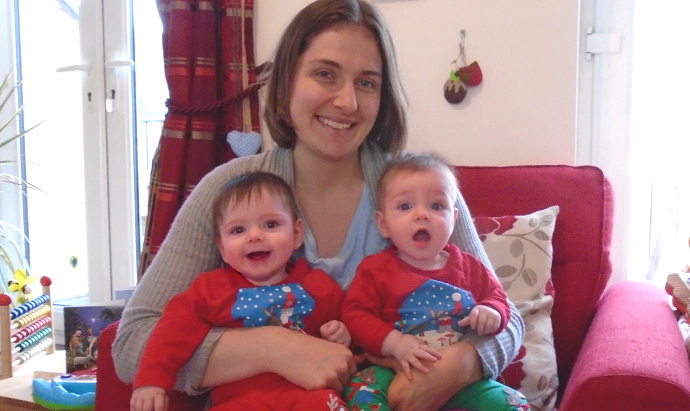 Another invaluable source of support for the couple was Bourn Hall’s regular patient support group meetings at the Cambridge Clinic. “The first one we went along to just before Christmas was about coping with Christmas and how hard it can be for people,” says Jennifer. “We went along to the support group on a regular basis for nearly a year and we found the talks really useful. It was also really nice to get to know other couples in the same situation as us and we would all go to the pub afterwards and it was really nice to have that peer-to-peer support.”

Jennifer and Simon’s first two frozen embryo transfers didn’t result in a pregnancy. For the third frozen transfer Jennifer had an endometrial scratch – a relatively simple procedure which makes a small scratch in the lining of the uterus aimed at inducing a reaction that makes the endometrium in the following menstrual cycle more receptive to embryos. Although there is a lack of scientific evidence to prove that this technique makes a significant difference to treatment outcomes, many clinicians have observed improved implantation rates.

Two embryos were transferred to Jennifer. “I remember the nurse saying to me ‘it is possible that you will have a multiple pregnancy’ and I was thinking that I was never going to get pregnant with one child let alone two,” she laughs.

A pregnancy test 14 days later brought Jennifer and Simon the news they and their friends had been praying for.  “I had got to the point where I couldn’t bear to look at pregnancy tests any more so when it was a positive I couldn’t believe it and sat staring at it for two hours,” she recalls.

A seven-week scan at Bourn Hall brought further good news. “The nurse told me that she could see two heartbeats and I asked her if she was sure. When she said ‘yes’ I just started sobbing,” says Jennifer. “I will never forget that moment.”

Six months ago Jennifer and Simon welcomed twin daughters Katherine and Melissa in to the world and the girls are thriving. “I still quite can’t believe it!” says Jennifer.

After so many Christmases of uncertainty Jennifer and Simon are really looking forward to the first one with their girls. “We are going to have a proper family Christmas, I cannot wait,” she says. 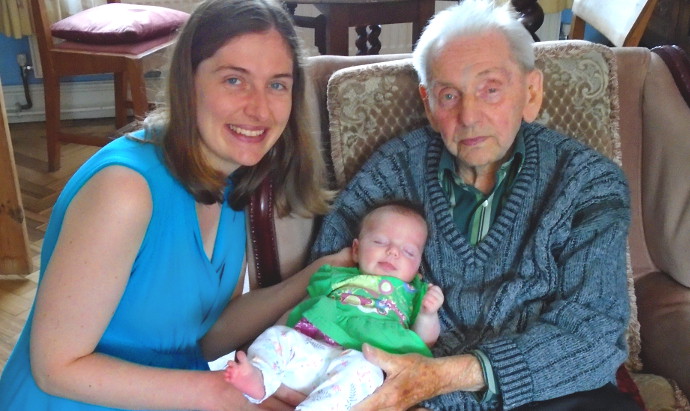