“We both wanted to have treatment so that we could have the shared experience of carrying a baby and had no reason to suspect that one of us would have fertility issues.”

“When we first discussed becoming parents using a sperm donor it was so exciting,” says Hannah. “I proposed to my partner Jemma on New Year’s Eve four years ago and presented her with an engagement ring and the date of our first appointment at Bourn Hall. We both wanted to have treatment so that we could have the shared experience of carrying a baby and had no reason to suspect that one of us would have fertility issues.”

Hannah first met Jemma over ten years ago through work but they only got to know each other properly a few years later, finally getting together as a couple five years ago.

“We had both always known that we wanted children but hadn’t really known what options might be open to us,” says Hannah. “After we got serious Jemma got the ball rolling and started exploring the possibility of us having a baby using a sperm donor.

“We talked about it and the only route we were prepared to consider was going through a fertility clinic. I know that some female couples look at alternative routes such as sourcing sperm donors on the internet but as far as we were concerned we wanted everything to be above board and legal. We wanted both of our names on any birth certificates and to protect any children we had so that as they got older they could ask us any questions they wanted and we could give them an honest answer.”

The couple, from Ipswich, heard about Bourn Hall Colchester through friends and Hannah booked an appointment as a surprise engagement gift for Jemma.

After attending their first consultation at Bourn Hall the couple both underwent fertility tests, which all came back fine for Jemma but Hannah was surprised to learn that she had two underlying fertility issues.

“My blood tests were okay but it turned out that I had polycystic ovary syndrome (PCOS),” says Hannah. “I’d always had painful and heavy periods but to be honest I just thought everyone had periods like that. I also had a HyCoSy test, which revealed that I had a blocked fallopian tube. I was really taken aback and just hadn’t been expecting to be told that I had any conditions which would affect my fertility.”

Counselling can help prepare for the future

The couple decided that Jemma would undergo fertility treatment first and the couple were offered implications counselling, which Hannah says they found ‘invaluable’.

“The counselling sessions were amazing,” says Hannah. “It was really personal and helped us realise that we were not the only couple on this journey and were not alone. The counsellor took us through every step and made us ask ourselves questions which we hadn’t really considered before. We were so lucky to have the chance to think about these things beforehand, it made sure that we were really prepared.”

Bourn Hall has its own sperm bank, which is regulated by the Human Fertilisation and Embryology Authority (HFEA). All donors have a medical examination, blood tests and their family history is checked. All sperm donors are rigorously screened.

By using a licensed UK clinic, the couples are assured that they both have legal parenthood of resulting children. Although no identifying information is provided at the time of treatment, the donors are invited to write a short goodwill message for any resulting child.

Hannah and Jemma wanted to both have treatment in due course and were keen to use the same sperm donor for any children resulting from their IVF treatments.

“The sperm donor we chose had written a really warm message and that was one of the reasons we shortlisted and ultimately picked him,” says Hannah.

There are two types of fertility treatment available with donated sperm: IUI (intrauterine insemination) where the sperm is introduced close to the opening of the uterus, or IVF where the ovaries are stimulated with medication to produce more mature eggs at the same time, these are mixed with donor sperm and the resulting embryos transferred to the uterus.

The couple had done so much research and wanted the best chance of success, so although either option was available to them, they chose IVF.

Jemma describes her treatment as ‘all a bit surreal’. “I produced a lot of eggs,” she says. “A number were fertilised and we had two embryos frozen and one transferred to my womb. I can’t really explain it but I was confident that the treatment had worked. I knew I was pregnant before we took the test.” 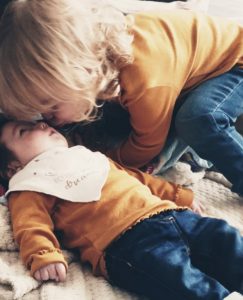 Jemma’s hunch proved correct and they were delighted when the pregnancy test confirmed they were to be parents. Daughter Robyn was born 4 weeks early in December 2016. “We were so excited to be a family,” says Jemma.

Buoyed by the success of their first treatment, the couple were keen to have a sibling for Robyn using Hannah’s eggs and for her to experience pregnancy and birth of a brother or sister – ideally so they could be close in age – and booked an appointment for Hannah to start her treatment at Bourn Hall.

“We had been so lucky with Jemma getting pregnant at her first attempt and this meant that we still had plenty of donor sperm left,” says Hannah. “We weren’t in a rush because we had Robyn but I did wonder if it might take me a little while longer to have a baby.”

Setbacks and a step back

Hannah was initially treated using IUI (intrauterine insemination) which is a less invasive treatment than IVF and as it requires less medication it is cheaper. This was not successful so for her second treatment the couple decided to go with IVF.

“I didn’t conceive after my second treatment either and I was really despondent,” says Hannah. “I wasn’t producing many eggs and I was blaming myself for the fact it hadn’t worked.”

The couple decided to take a step back before deciding what to do next but Hannah took solace in the fact they already had daughter Robyn. “When my treatment hadn’t worked and I felt down, I would look at Robyn and be so grateful we already had her,” says Hannah.

For couples that are self-funding the cost can be an obstacle to fertility treatment. To support its patients, Bourn Hall has partnered with Access Fertility to offer pre-payment packages some of which offer a money-back guarantee if treatment isn’t successful.

“We were really lucky that my mum, who really adored Robyn and wanted her to have a sibling, stepped in and helped us to buy an Access Fertility Package to enable us to have further treatment at Bourn Hall,” says Hannah.

Hannah’s first treatment covered by the Access Fertility package was unsuccessful but Hannah admits that she hadn’t felt hopeful even before treatment began.

“Every time I had treatment I was producing less and less eggs and I just started to doubt and blame myself,” she says. “I just always had it in my head that my treatment wasn’t going to work.”

As part of her next treatment Hannah also opted to have a supplementary treatment called EmbryoGlue, which is a culture media which has been developed to mimic the conditions in the womb and may help the embryo to implant after transfer. Although this adjuvant treatment has little medical evidence to support its use for some people it can help ‘tip the balance’.

“I really felt like we had given it our best shot and worked really hard to have everything in place,” says Hannah. “I only produced five eggs and went home really upset not knowing what our chances would be. I was really surprised when the clinic phoned me up after day 2 of the embryos being in the lab and told me to go back in for an embryo transfer.

“I was quite weary by this stage and just told myself to hope for the best. I tried to stay calm and channel positive thoughts which hopefully can go a long way.”

Hannah knew early on that something was different this time around. “I knew I was pregnant because I started getting morning sickness really early on,” she laughs. “When I did take the pregnancy test and it was positive I was in shock, it was such a nice feeling! Jemma had to run out and buy a load more tests for me to take so that I could actually believe it!”

Last August Hannah gave birth to the couple’s second daughter, Frankie, and they couldn’t be happier.

“Our family is complete,” says Hannah. “My advice to other same-sex couples wanting to have a family is go for it and if money is a barrier there are options out there. The Access Fertility package was amazing. No amount of money can replace your desire to have children and once you have your family you forget about the financial side of things.”

Lasting legacy and a dream for the future

Hannah and Jemma’s personal journey to parenthood has had a lasting impact on the couple and inspired Jemma to pursue a dream of working in embryology herself. Currently working as a medical lab assistant in a hospital she has just completed her first year of a distance learning part-time degree in biomedical sciences and hopes to do an MA specialising in embryology when she has graduated.

“Those very special people in the Bourn Hall embryology lab gave us our two precious little babies and I would really love to do the same for other people,” says Jemma. 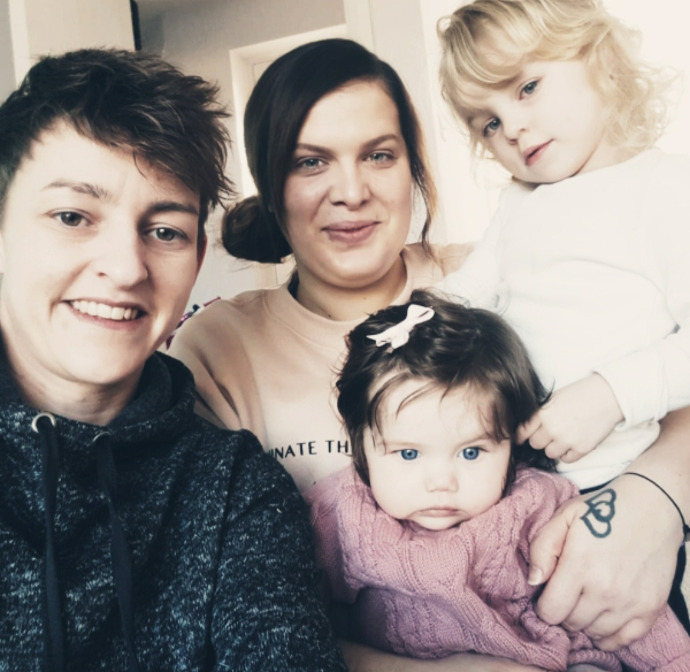