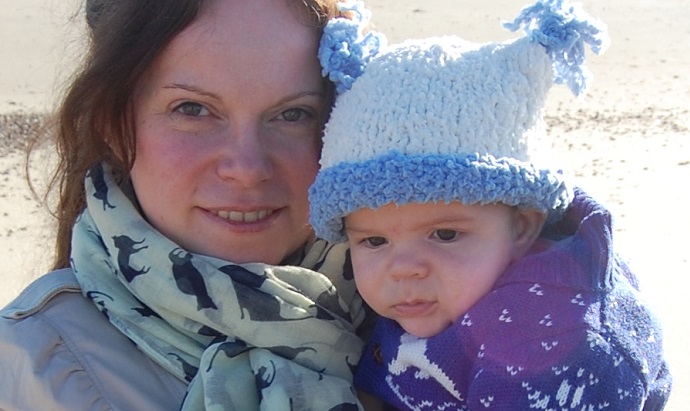 Elsa became pregnant at 40, twenty years after she lost her first baby. After recurrent miscarriage it was her last attempt at IVF that resulted in baby Howie.

Recurrent miscarriage is one of the most heartbreaking and painful experiences a woman and her partner may endure. For Elsa, it not only meant the loss of three babies, but resulted in the breakdown of her marriage.

Elsa, now 41, first fell pregnant 20 years earlier. She recalls: “I was young and I felt I was invincible. I was also naïve; I couldn’t contemplate anything going wrong.”

The pregnancy progressed as normal, until at 36 weeks, Elsa felt some unusual twinges. She went to the hospital for tests and received the devastating news that the baby had died.

“When we got to the hospital, the doctors couldn’t find a heartbeat. The baby had inexplicably died. Looking back, I realised the baby hadn’t moved for a couple of days before the pain started,” she says.

Elsa and her ex-husband called the baby Wilbur. The strain of the still birth led to the failure of the marriage, and Elsa moved back home with her family.  She described the sense of loss as like falling into a black hole.

PCOS diagnosis: the start of the fertility journey

Years later, Elsa met her partner Ashley, now 39. They started trying for a baby, and for three years were unsuccessful.  They were referred by their GP to their local hospital in Ipswich for fertility testing.

Elsa had previously found out she had polycystic ovary syndrome (PCOS), a condition that affects about one in every five UK woman,  Tiny, harmless cysts develop in the ovaries meaning the ovaries do not regularly release eggs (ovulate). Other than the PCOS, the test showed neither of them had any obvious fertility issues.

Elsa was given fertility drugs to stimulate her cycle and given a booster injection to encourage ovulation. Doctors hoped she could get pregnant without the need for IVF treatment.

Elsa says the stimulation treatment put her on an emotional rollercoaster: “I was flitting between despair, hope and back to despair. The treatment takes up a lot of your time and puts a lot of pressure on your relationship.”

After two rounds of drug treatment, Elsa fell pregnant.  She recalls being “deliriously happy – we weren’t supposed to tell family and friends but we were just so excited.”

However, early in the pregnancy, the couple realised something was wrong. Tests revealed Elsa had miscarried. They were upset but determined to continue.

A further two cycles of stimulation treatment failed to work, and the couple decided to opt for IVF treatment at Bourn Hall Clinic near Cambridge. It was an obvious choice; Elsa had done some design consultancy work at the clinic and knew it was a place she could trust.

The couple first tried IVF, and then IVF with ICSI (intracytoplasmic sperm injection), in which a single sperm is injected into each egg to fertilise it. After five days growing in the laboratory an embryo is transferred to the womb.

Unfortunately, the first two attempts did not lead to pregnancy. The third cycle did however, bring them the news they had been waiting for; Elsa was pregnant.

She says: “At first, everything was fine. The initial six week and 12 week scans showed the baby was developing normally.

“I noticed a few weeks later that I was losing fluid from my womb. I was so frightened; I thought my cervix had opened. I went to hospital for my 20 week scan and asked the consultant to check. He confirmed our worst fears; my cervix had completely dilated. They immediately put a stitch inside me to try and close it.

“Our baby girl was born prematurely at 24 weeks old. We called her Eloise. She died five days later in intensive care. We were heartbroken; devastated just didn’t begin to cover it.”

Still deep in mourning for the loss of baby Eloise, Elsa and Ashley knew they could not delay. Elsa was just over six months away from her 40th birthday, the cut-off point for NHS-funded IVF treatment.

“We went to our GP for help, and he managed to convince the NHS decision-makers to consider us an exceptional case and fund one final cycle.  We were so grateful to all involved. I think they realised we’d already been through so much, that they gave us one last chance,” Elsa explained.

Only a fortnight before Elsa turned 40, the experts at Bourn Hall Clinic transferred another embryo to her womb. The couple had to wait two weeks for the pregnancy test that would keep their dreams of becoming parents alive.

Elsa remembers: “I was under enormous pressure that I’d created for myself.  This was my last chance as I knew we weren’t going to get any more funding. Ash and I had been through a lot already, and now I was entering the last chance saloon.”

On 20 February 2012, Elsa’s 40th birthday, she took the test that was to change her life forever. She was pregnant.

“To say emotions were mixed was an understatement. There was joy and optimism about the future, mixed with guilt, sadness, and a huge sense of loss.

“At no point in my pregnancy did I feel safe. I was trying to balance the fear of losing the baby with staying calm. I knew I had a weak cervix and I had a stitch put it at Addenbrookes hospital in Cambridge. It helped, but it wasn’t a fait accompli.

“I rested a lot; from about 20 weeks onwards I worked from home and in the end I stopped work early. We knew we really had to fight for this baby.

“It’s really difficult to put into words just how brilliant the staff at Bourn Hall were during this period. The empathy they have for you is amazing, just so gentle and caring. You can tell their entire energy is focussed on helping you. At no point did I feel they’d taken their eye off the ball. The care we received at the Rosie maternity unit in Cambridge was also first class.”

Three weeks prior to her due date, Elsa was admitted to hospital so mother and child could be closely monitored. Regular scans revealed the baby wasn’t moving as much as the specialist doctors would like, and Elsa opted for an elective caesarean. 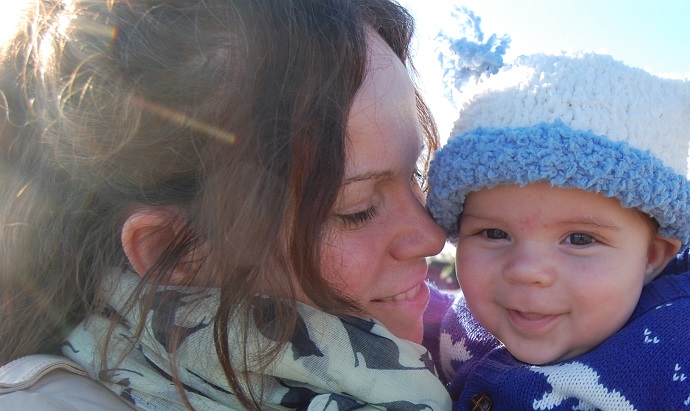 Baby Howard was born in Cambridge on the 4 October 2012 weighing 8lb 2oz.  He was taken to the NICU, the intensive care unit for babies, in case he had water on his lungs.  Thankfully, he was fine, and the family was allowed to return home a few days later.

Just over a year on, Howie is doing well and Elsa and Ashley couldn’t be happier. She beams: “He’s massive, absolutely huge, completely cool and developing how he should. Looks wise, I think he got the best bits from both of us.”

“I cannot describe how important it was to me to receive NHS funding for my IVF treatment. Losing three babies broke my heart, but since I’ve had Howie it feels like it’s beginning to mend. Without the funding, Howie wouldn’t be here.”

After everything Elsa and Ashley have been through, Elsa has this message: “ despite all the pain and the heartache, having Howie is absolutely worth it.”

Bourn Hall provides a range of support for patients that have experienced loss. 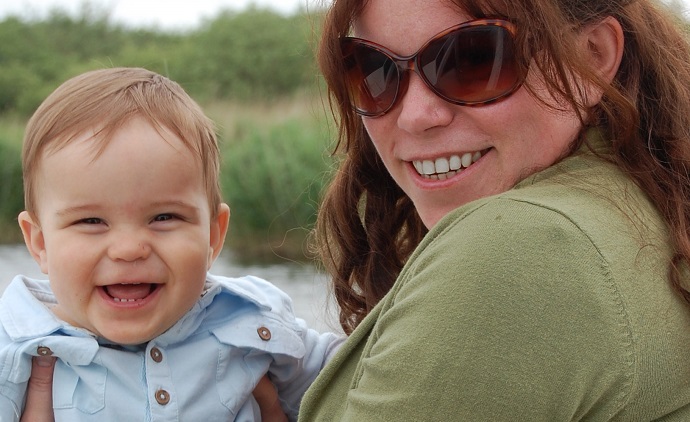