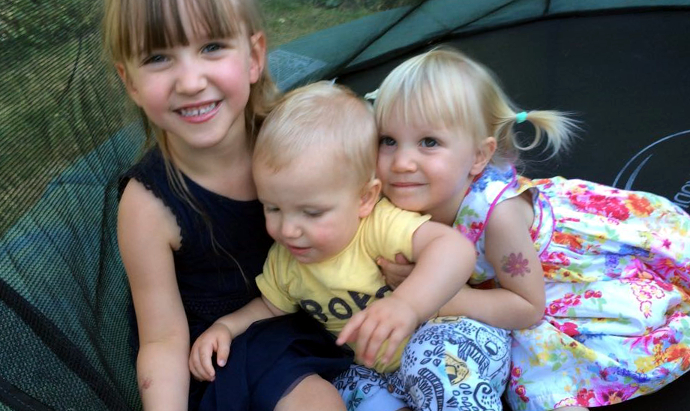 Years of infertility made Natasha feel desperate, but her life changed unexpectedly

Natasha and husband Chris were keen to start a family as soon as they got married but after five years of trying she still hadn’t got pregnant.

Natasha admits that being unable to conceive was a real emotional rollercoaster. “One day I was working in the bakery and cafe we run and it just felt as though everyone who came through the door was a mum with a baby,” she says. “I suddenly realised that I was finding that really difficult and I had to take myself off and have a good cry.”

Little did Natasha know that her life was going to change dramatically over the next few years and that she was in for a couple of massive surprises along the way.

According to the Human Fertilisation & Embryology Authority over 90 per cent of couples conceive naturally within two years. If you haven’t conceived within a year however, or you know you have a condition which affects your fertility, you should get advice.

Many of the causes of infertility have no symptoms and so it was only when Natasha and Chris went for hospital tests that they found that Natasha had a catalogue of conditions affecting her fertility of which she had been completely unaware.

One of the conditions she was diagnosed with was endometriosis, a condition where the endometrial tissue (the lining of the uterus that sheds with each monthly period) grows outside the womb. It affects around one in ten women in the UK and it is estimated that up to 50 per cent of infertile women have the condition.

Endometriosis UK says that a diagnosis can take an average of 7.5 years.

Natasha was also told she had polycystic ovaries, fibroids, a damaged right ovary and that she was not ovulating. The couple were told that they were eligible for funded IVF treatment and chose to have it at the world-famous Bourn Hall Clinic.

Fertility treatment at Bourn Hall resulted in Natasha becoming pregnant with daughter Isabella and the couple were overjoyed after such a long wait. But the story didn’t end there because when Isabella was 18 months old Natasha discovered that she had fallen pregnant naturally.

Thought fibroids were coming back

“I had booked a doctor’s appointment because I thought my fibroids and endometriosis were coming back. It turned out I was five months pregnant and had no idea!” she laughs. “We had even been along to the opening event of the new Bourn Hall Clinic in Wymondham with the view to having more IVF treatment, and I realise now that I was pregnant when we went!”

When Natasha went into labour the second time around there wasn’t time to get to the hospital, and husband Chris delivered second daughter Summer on the couple’s bathroom floor – with the labour lasting just 11 minutes!

“We were so happy that after Summer was born we donated the rest of our frozen embryos to Bourn Hall for another couple to use,” says Natasha. “Having been told at one point we would never have children naturally we now had two miracles.”

On Summer’s first birthday Natasha was delighted to discover that she had fallen pregnant naturally again.

Third child Luca, the first grandson to be born on Chris’ family’s side, was born just over two years ago and Natasha couldn’t believe that in the space of just a few years she had gone from thinking she might never have any children to being a mum to three children under three and a half.

Sadly Natasha’s mum died a year ago but Natasha is grateful she got to meet all of her grandchildren before she died. “Mother’s Day is really bittersweet for me,” she admits, “but the children really helped me get through the dark days after my mum died and they have added a bit of sunshine to everyone’s lives.

“I firmly believe that if I hadn’t had IVF we wouldn’t have any of our children. I don’t know whether the IVF corrected my body or triggered something or whether surgery I had which involved clearing out some of my fibroids and cysts helped but I always tell people to never give up hope because miracles do happen and we have got three of them to prove it.” 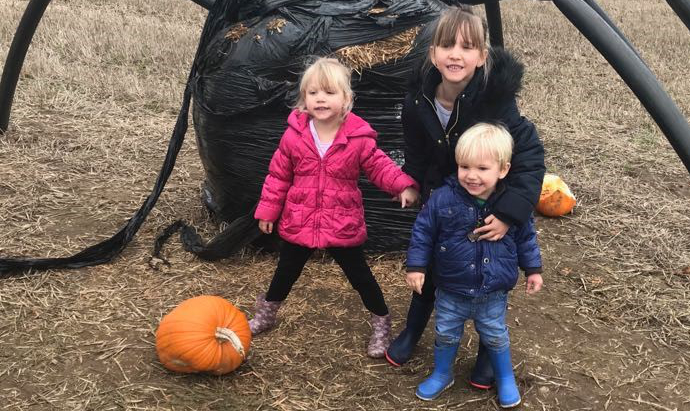