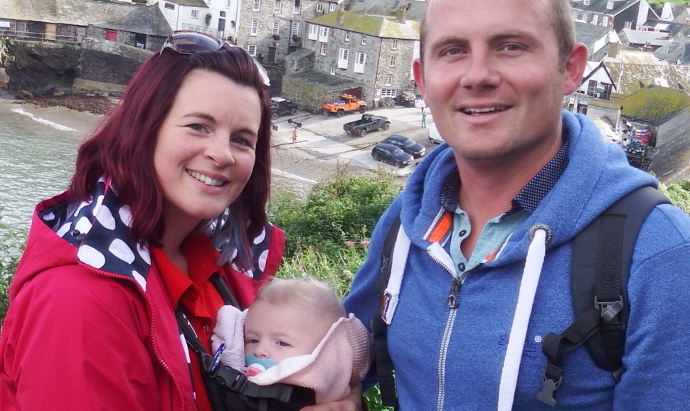 Kate remembers clearly the years of heartbreak and disappointment at being unable to get pregnant – as many of her friends completed their families.

Kate remembers clearly the years of heartbreak and disappointment at being unable to get pregnant – as many of her friends completed their families.

“I met my husband Nick when we were still teenagers and we both knew that we wanted children one day,” she says. “A few years later we got to a stage when we were secure and settled with a house and running our own businesses and decided the time was right to start a family.

“We didn’t know how long it would take to conceive because you don’t know until you start trying and so it was the unknown.

“I was given lots of advice from people about how long it should be taking us to get pregnant and I tried not to worry too much about it but as time went on and nothing was happening I started to think ‘why us’?”

Now mum to five-month-old Amber, following fertility treatment at Bourn Hall Clinic in Cambridge, Kate, aged 31, says her advice to other people struggling to conceive is to “focus on looking after your mind and body and try not to stress.”

Kate is a keen advocate of regular exercise and mindfulness. A regular gym-goer, she feels sure that this helped to take her mind of things and keep her positive when she couldn’t get pregnant.

“I just focused on keeping myself fit and active,” she says. 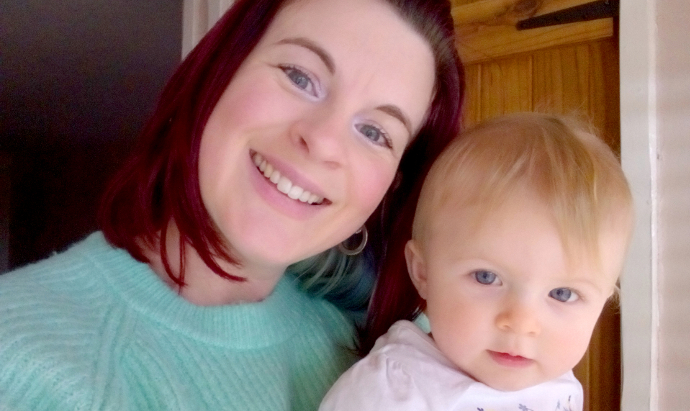 When Kate and Nick had been trying to conceive for over a year they went to see their GP. “We were sent for tests but they all came back fine so we really didn’t know why I wasn’t getting pregnant,” she says. “It is frustrating when there doesn’t seem to be a reason and we weren’t given any advice by our GP on what steps we might be able to take to improve our chances. We were told to go away and carry on trying for another two years so it was a case of playing the waiting game.”

Only a small number of people require IVF and there are many ways that natural fertility can be boosted and other assisted conception treatments can be offered at Bourn Hall’s fertility clinics.

After two further years the couple went back to their GP, who referred them for more hospital tests. They were told that they had ‘unexplained infertility’ which is the reason given when tests can detect no underlying cause. Kate and Nick were told that they were eligible at that time for one cycle of NHS-funded treatment and were referred for fertility treatment.

“The fact that people in Cambridgeshire are not entitled to any NHS-funded fertility treatment now is absolutely heart-breaking,” says Kate. “We were so lucky to even be entitled to one cycle and I feel so sorry for anyone needing IVF who just can’t afford it.”

Kate and Nick chose to have their fertility treatment at Bourn Hall Clinic which was only a short drive from home. “Bourn Hall is one of the best in the country and is literally on our doorstep,” says Kate.

Kate and Nick had their IVF treatment in September 2016 and were delighted when it worked first time. “The first scan when we saw our baby’s heartbeat was just amazing, I burst in to tears,” remembers Kate. “I had a really good pregnancy. We had waited so long to have a baby that I wanted to savour the pregnancy and enjoy every minute.”

Kate carried on going to the gym throughout her pregnancy and also went to pregnancy yoga which she found really helpful to focus on her breathing. Daughter Amber was born in May 2017 and Kate and Nick are besotted with her.

“Motherhood is everything I hoped it would be,” reveals Kate. “Life is just incredible. I cannot thank Bourn Hall enough. I have already been in to take the staff chocolates and a thank you card and introduce them to Amber. The people who work there are amazing.” 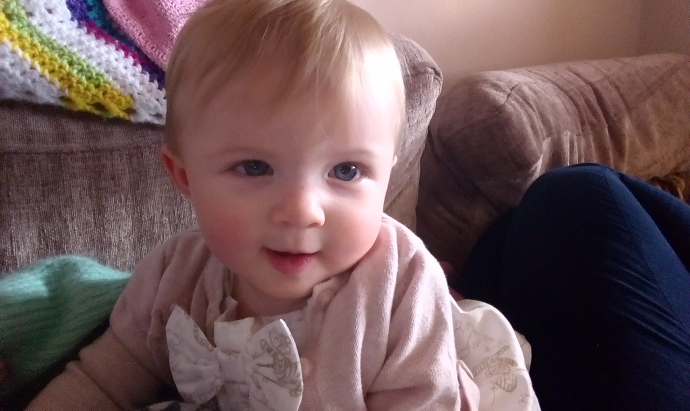