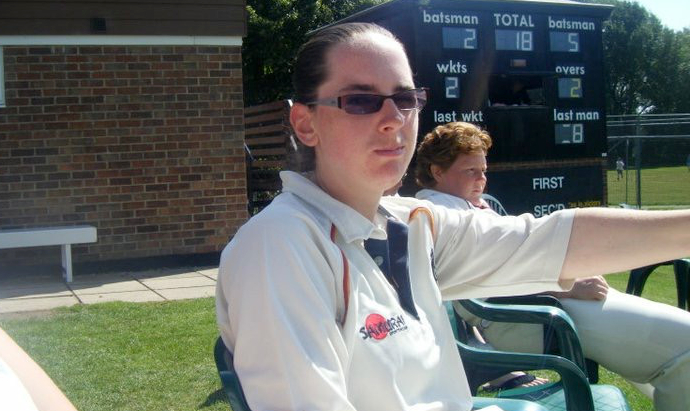 When Rachel found she couldn’t get pregnant it had a big impact on her self esteem. A new idea which aimed to thin the blood to reduce clotting improved her IVF chances

“When I couldn’t get pregnant I felt as though I had failed as a woman,” says Rachel ruefully.

Rachel’s infertility issues were as a result of Polycystic Ovary Syndrome (PCOS) which is one of the most common causes of infertility in women but it was a condition Rachel knew nothing about.

Speaking ahead of National Fertility Awareness Week which runs from October 30 to November 5, she says: “I have had problems with my periods since I was a teenager. When I first started my periods they were regular to start with but then before I went on the pill I hadn’t had a period for 18 months.”

According to the Human Fertilisation & Embryology Authority over 90 per cent of couples conceive naturally within two years. If you haven’t conceived for a year, however, or you know you have a condition which affects your fertility, you should go and see your GP to discuss next steps.

Treatment for PCOS at Ispwich Hospital

Rachel and Arren, who is aged 32, went to see their GP when they became concerned that Rachel was not getting pregnant and were told to wait a few more months before they could be sent to their local hospital for tests. At the end of 2010 they were referred to Ipswich Hospital and then for the first time Polycystic Ovary Syndrome, a condition affecting one in ten women, was mentioned.

“When I married my husband Arren we wanted to start trying for a baby straightaway but when I came off the pill I still wasn’t getting periods.”

Rachel has also always had a problem with facial hair growing on her chin which can be another symptom of PCOS.

“Ipswich Hospital threw everything at me for my body to wake up and realise what it was supposed to be doing,” she ways. “I was put on various tablets and therapies and then in the Summer of 2011 I had an ovarian drilling operation”.

Despite the medication and operation Rachel still did not get pregnant and at the beginning of 2012 was told that her best hope for a baby was with IVF.

Feeling I had failed

“Emotionally I felt as though I had failed as a woman,” admits Rachel.

“Now that I have a child I realise that it is a privilege but looking back I thought it was every woman’s right to give birth and bring life in to the world and I felt as though I had failed because I hadn’t been able to do that. I wondered whether Arren would want to find someone else to have a child with and if he would still want to be married to me. I felt as though I had failed him too”.

Arren reassured Rachel that her fears were unfounded. “He was very disappointed, but not in me,” she says. “He said to me ‘we will do everything we can to make this happen and if it doesn’t, although we will be heartbroken, we will still have each other’.”

The couple were told that they were eligible for NHS-funded IVF treatment and opted to go to Bourn Hall Clinic in Colchester. “We did our research and were attracted to Bourn Hall because they were behind the first ever IVF clinic, it had a really good reputation and the fact they had a clinic in Colchester was really convenient for us rather than going in to London and losing half a day,” says Rachel. “We went along for an initial meeting and they looked at my notes and for the first time it was explained to me what PCOS actually is and what it means.”

Rachel and Arren were devastated when their first IVF treatment did not result in a pregnancy. “I expected it to work and was absolutely gutted when it didn’t,” reveals Rachel. “I was playing cricket at county level at the time and I had to travel to a match after I had taken a negative pregnancy test. When I got to the match I found a corner and sobbed and then I phoned my mum and came off the phone and sobbed again. The other girls I played cricket with hadn’t known I was having IVF as I hadn’t told them as I was still quite embarrassed and felt like a failure. I managed to hold it together for the rest of the day and then got home and had a heart-to-heart with Arren and we had a quiet night in.”

The couple had a second disappointment when a frozen cycle of IVF also did not work but decided to go ahead with a further fresh cycle of treatment.

“At the end of 2013 Arren’s mum was very poorly, having been diagnosed with cancer,” says Rachel, “and so there was already a lot going on but we decided to go ahead with another cycle. As we had already been disappointed twice I didn’t dare to hope this time. It was just before Christmas and the pregnancy test was negative yet again and then two days later Arren’s mum passed away. I felt so guilty because I felt that if I had been able to give her some positive news it might have given her a reason to live. I know that sounds stupid and daft but at the time that is how I felt. It was a long time before I was able to put those thoughts to one side.”

In June 2014 the couple underwent their third fresh cycle of IVF. “Our consultant at Bourn Hall suggested something new this time which is not universally agreed upon but it is thought that one of the drugs used in fertility treatment can cause small clots which can cut off the blood supply from the umbilical cord. I had been getting clots in my fingers so Bourn Hall gave me a course of aspirin with my third cycle of treatment. I knew instantly that I was pregnant because I became emotional and moody and me and Arren had a blazing row and he says at that point he knew that the IVF had worked because it was so out of character for me!

“When I saw the positive pregnancy test it was the first time I had seen one and it seemed surreal. I had to take a photograph of it and text the picture to my mum, best friend and Arren and say ‘is that actually a line’?! The line was so faint. Funnily enough I didn’t rush out and buy a load of other pregnancy tests because I didn’t want to run the risk of it being a false positive!”

After a good pregnancy Rachel gave birth to Adele on 28 March 2015 and she says it was the most wonderful feeling when she held her daughter for the first time: “I felt whole and complete,” says Rachel, “as though that thing which had been missing was there.” Two years later and Rachel says that Adele is “a cheeky, talkative, beautiful girl and the light of all our lives. My parents and grandparents and Arren’s Dad get to see her and spend time with her and it fills my heart with joy. She is the first grandchild and the first great grandchild and she is just wonderful.”

The main piece of advice which Rachel would give to anyone else struggling to get pregnant is “don’t give up. We had several setbacks. Try not to cut yourself off from other people. Looking back I didn’t see my friends so much and when I did see them all I talked about was my sole ambition of having a child. I did lose a couple of friendships over it as they couldn’t get their heads around where I was and I didn’t have the space to look after those friendships. The whole thing saps your energy both emotionally and physically and I didn’t have the energy to make the effort and I should have done. Get counselling, Bourn Hall has a counselling service and I was probably silly not to have it, I think it would have helped me enormously.”

Bourn Hall Clinic was, says Rachel, “amazing. It didn’t feel like a hospital, it was so much more relaxed and personable. The people on the front desk greeted us by name and took the time to have a conversation with us. I cannot thank or praise them enough and the support and understanding the nursing staff gave us throughout was just wonderful.”

Bourn Hall Clinic is hosting its second Fertility Fayre on Saturday November 4 to coincide with National Fertility Awareness Week. The event is open to anyone looking at how to get themselves more fertility fit and give themselves the best chance of getting pregnant. There will be a range of wellbeing advice on offer as well as medical advice on different aspects of fertility and treatment. The event is completely free of charge and will run from 10am to 3pm at Bourn Hall’s historic clinic just outside Cambridge. For more information click here