Sian and Ryan Chase beamed from ear to ear as they introduced baby daughter Yvie, born through IVF in Norfolk, to the people who made her life possible.  She is the first baby to arrive following treatment at Bourn Hall’s Wymondham clinic since it opened in June 2013.

Lead Nurse Sherry Ebanks was delighted to welcome the Chase family back to Bourn Hall in Wymondham, Norfolk’s only full service IVF clinic, last month: “Meeting Yvie was an extra special moment.  She epitomises everything the team have worked towards since the day we opened. It was fantastic to meet her!

“We have treated more than 200 patients at Wymondham in the past year. We always thought there’d be significant interest but it has been far greater than we expected and it’s been a really exciting time.

“The feedback from patients has been overwhelming.  They tell me Wymondham is an incredibly comfortable and relaxing environment – it’s modern, clean and fresh.  We’ve worked hard to make this a welcoming place so it’s satisfying to hear that patients are happy.”

Endometriosis: cause for infertility 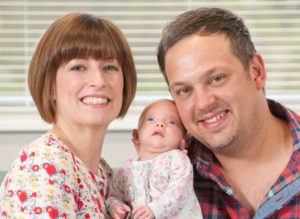 The Chases, from Lowestoft, waited more than five years to have the baby they so desperately wanted.  They started trying for a family after getting married in 2008 and after a year went by with no success, the couple went to see their GP.

Ryan remembered: “We were advised to make some lifestyle changes… including exercise and diet and to try and minimise stress, which was difficult in our jobs.  But the most stressful part was not knowing why we were having problems conceiving.”

Several months passed and the couple were referred to hospital for fertility testing.  It revealed that Sian had endometriosis; cells that form the womb lining were growing outside of the womb in abnormal sites such as the ovaries and fallopian tubes and were causing the couple’s infertility.

Sian said: “The diagnosis explained why I had suffered with such painful menstrual cycles which over the years were becoming increasingly worse.”

Sian and Ryan were referred for IVF treatment in spring 2013 and chose Bourn Hall’s brand new, state-of-the-art Wymondham clinic, just off the A11 south of Norwich.  The couple were able to get an appointment very quickly and much closer to home than they had anticipated.

“Coming to Bourn Hall we felt we had made it. We had utmost confidence in the staff. They are professional and caring and we felt in expert hands,” Sian recalled.

Sian became pregnant after the couple’s first cycle of treatment and Yvie was born on 1 January 2014.  As she was born at just 29 weeks, she stayed in hospital for eight weeks before coming home. Sian could not contain her delight: “I can now cuddle her when I want. We feel like she’s finally ours after all those years of waiting.”

Ryan added: “We now have a beautiful daughter which makes the hardship and trauma that we have gone through seem insignificant and a distant memory.”

Sherry says the Wymondham team aims to offer the best IVF in Norfolk and build on its success: “We treat every person as an individual and will try to achieve the best possible outcome for each patient we see.  If we continue to strive to achieve a pregnancy for every single patient, the rest will speak for itself.”

Find out more about our Peterborough clinic on the Our Family page. 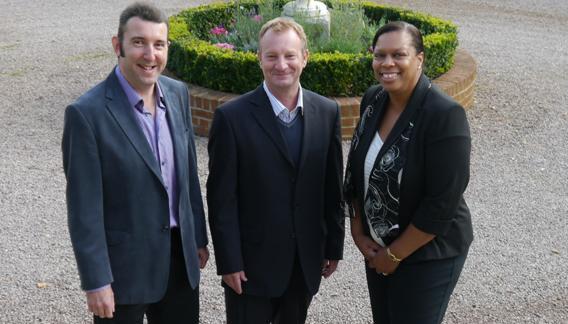