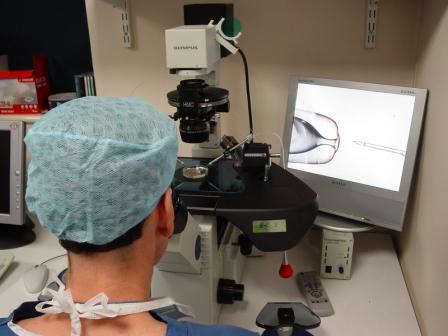 The embryology team at Bourn Hall Clinic near Cambridge evaluated the use of a new sperm selection medium called SpermSlow™ to see if it had benefits during Intra-Cytoplasmic Sperm Injection (ICSI). Good results from a small trial justified a change in procedure in the clinic and the findings were presented in a paper at the 2013 ACE conference.

ICSI is a technique used when there is poor sperm quality and a low sperm count.  A single spermatozoa is selected and captured with a very fine pipette and injected directly into the egg, which is known as an oocyte.

The embryologist is looking for a mature sperm with good movement (motility).  Normally the sperm are swimming freely in the fertilisation medium but the embryology team decided to trial the use of SpermSlow instead.

SpermSlow is a viscous medium containing hyaluronic acid, which is naturally occurring and biodegradable.  As the sperm suspension mixes with SpermSlow, the more mature and viable sperm slow down and the immature sperm keep moving.

It has been suggested that mature sperm possess less fragmented DNA than immature forms, and as well as helping to identify these SpermSlow also makes the actual sperm injection procedure smoother.

In a small trial, 126 patients having treatment with ICSI from 1st March – 30th August 2010 were included in the data set. Oocyte injection was performed with or without SpermSlow, and the results compared for oocyte viability, fertilisation, early pregnancy loss (EPL) and clinical pregnancy rates.

When comparing the oocytes that had been injected using fertilisation medium only and those using SpermSlow there was no difference in the fertilisation rate or the clinical pregnancy rate.

However, the use of SpermSlow does appear to lower the early pregnancy loss (33.3% vs. 11.8%).  This may be because there was a reduction in the DNA fragmentation.

Although the patient sample was too small for the results to be statistically significant, this finding and the preference of the embryologist means that SpermSlow is now used for all ICSI procedures within the clinic.

Find out more about our treatments for male factor infertility here. 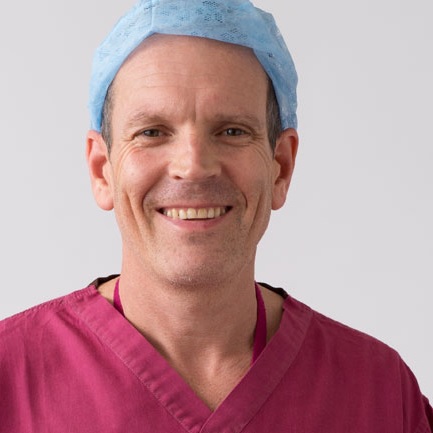 World Embryologist Day – a day in the life of an embryologist

Join us for our first ever virtual fertility fair on Saturday 31 October.

The fair, ahead of #fertilityweek, will be bustling with virtual activity. You will be able to ‘wander’ around the event at your own pace, all from the comfort of your own home. You can visit an array of booths and stalls and meet friendly people who are all experienced in helping people on their fertility journey.

Bourn Hall's Virtual Fertility Fair will provide access to a range of expertise to improve your chances of pregnancy, its part of Fertility Week 2020
View on Facebook
·Share

Following on from our #PCOS webinar last week, we've answered some of your frequently asked questions. We’ve also included some of the information featured during the live webinar as well as a video of the PCOS Q&A session from the webinar.

To answer some of the common questions about PCOS and fertility, Bourn Hall hosted a webinar with Dr Arpita Ray and Nutritional Therapist Angela Attwood.
View on Facebook
·Share

📢 Last chance to register for our virtual open event tonight at 7pm. 📢

We have a few places remaining so don’t miss out! This virtual open event will give you the opportunity to meet some of our team, learn more about our clinics, tests, treatments and success rates, and gives you an opportunity to ask any questions you might have.

Welcome! You are invited to join a webinar: Bourn Hall virtual open event. After registering, you will receive a confirmation email about joining the webinar.

Today we’re introducing you to another one of our fantastic nurses! ⭐️

Kathryn Rayner, a Senior Fertility Nurse Specialist at Bourn Hall, was previously a midwife for 20 years. She particularly enjoys helping women with #PCOS to conceive. “I have been given a lot of opportunities here to gain new skills and enjoy supporting the patients through their journey.”

We’d also love to know if you were treated my Kathryn so drop us a comment below 👇🏼 ... See MoreSee Less

📢 A reminder to everyone taking part in our exciting project! 📢

The deadline for your clips is tomorrow. Make the most of the summer sun this evening and get filming! ☀️