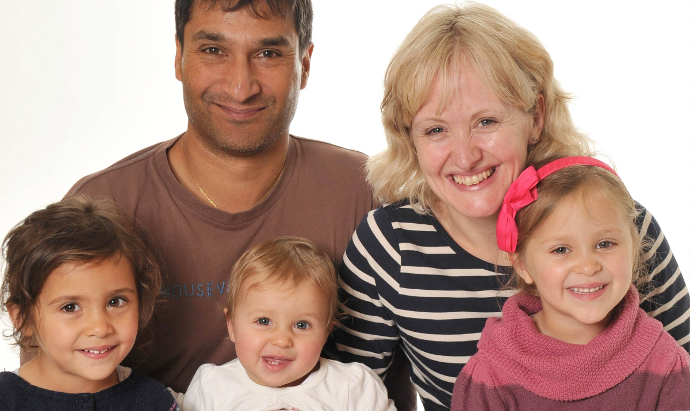 “Clive plays a lot of cricket, so when our consultant said a testicular trauma may be the cause of our fertility problems we could all picture what probably happened!”

“Clive plays a lot of cricket, so when our consultant said a testicular trauma may be the cause of our fertility problems we could all picture what probably happened!” explains Lindsay as she talks about her journey to becoming a parent.

When Lindsay and Clive married they started trying for a family straightaway, as they both knew people who had had problems conceiving in the past.

Two years later Lindsay had still not become pregnant and so the couple began to investigate their fertility further. At the time Lindsay was referred to hospital for tests and had a laparoscopy to identify any problems.

“This showed I had a dermoid cyst on one of my ovaries. The doctor explained it was unlikely to be affecting my fertility and as it was not a threat to my health, there was no point surgically removing it at that time.”

Lindsay was given Clomid to induce ovulation and give her fertility a boost. “After two months the headaches were unbearable, so I couldn’t see this being the right option for us”.

In July 2006, Lindsay and Clive went for a consultation at Bourn Hall Clinic, Cambridge. Clive had a semen analysis which showed he had a high number of antibodies in his sperm, causing them to clump together or ‘aggulate’, reducing the chance of conception.

Early in life the human immune system is trained to recognise any cells which are not part of the body, which helps fight infection later in life. As sperm is not present until puberty, the immune system does not recognise the cells and will respond against them. To prevent this happening, sperm are protected from a man’s immune system by the blood-testes barrier. Injuries can breach this barrier allowing the immune system to gain access to the sperm and form antibodies. The antibodies attach to the sperm, impairing motility and often cause the sperm to clump together. Antibodies in the sperm are responsible for around three percent of all cases of male infertility.

Now knowing what was causing their problems, Lindsay and Clive started their first cycle of IVF. 11 eggs were collected, of which five successfully fertilised and developed to the blastocyst stage. Two of the embryos were transferred to Lindsay’s womb and three were frozen.

Lindsay continues: “It was so exciting to be pregnant! At the seven week scan there was a heartbeat and we were thrilled”.

Unfortunately, in January 2006 at the 12 week scan the couple discovered there was no longer a heartbeat. “We were devastated. The miscarriage was really hard to take, especially as we had already been through the IVF process to get pregnant in the first place.”

“Before we had another cycle of IVF our consultant suggested removing the cyst that had shown up in the laparoscopy. This would hopefully increase the number of eggs we got from the egg collection procedure.”

By May 2007 Lindsay and Clive felt ready to start again, using the embryos that had been frozen but sadly after embryo transfer Lindsay did not fall pregnant.

In November that same year they began another fresh cycle which produced 19 eggs, seven of which were successfully fertilised and developed to the blastocyst stage. Two embryos were transferred to her uterus and in January 2008, Lindsay was pregnant with twins!

“I was very nervous throughout my pregnancy because of the previous miscarriage and then the additional complication of twins. I also developed gestational diabetes towards the end of my pregnancy, so I had to alter my diet and inject a little insulin, but otherwise I was fine.”

On the 4th of September 2008, Lindsay gave birth to two healthy girls, Bryony and Imogen. “The twins are non-identical. Imogen is fair and blue eyed like her mum and Bryony is quite dark and brown eyed like her dad. We were thrilled and overjoyed that our dream of becoming parents had become a reality.”

In 2011, Lindsay and Clive decided to have another cycle of treatment.

Lindsay fell pregnant again and on the 23rd November 2011 she gave birth to Eliza. The embryos that grew into babies Bryony, Imogen and Eliza were all fertilised at the same time, so the siblings are technically triplets, with Eliza being born three years later than her elder sisters!

“My sister-in-law conceived her daughter at Bourn Hall Clinic too, so she had said we would be well looked after. Everyone at the clinic was fantastic, from the receptionists to the nurses and consultants; they all made us feel welcome.

“Since I started my treatment I have recommended Bourn Hall to several of my friends in similar situations, some have been successful; some are only at the beginning of their journey to being parents. Clive and I have had a brilliant experience at Bourn Hall Clinic and now we have three beautiful children to complete our family, we couldn’t be happier!” 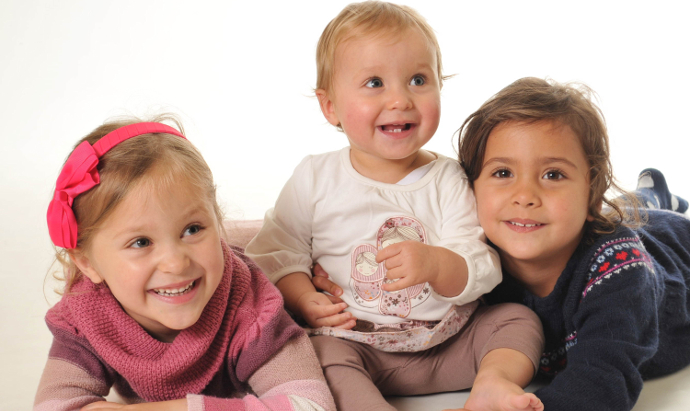