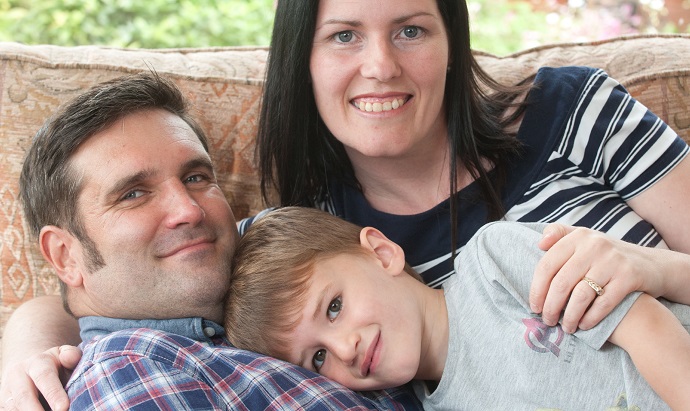 When Paul became very unwell with Crohn’s Disease, he was treated with a medication that could affect his fertility. He and partner Kelly considered IVF treatment after tests revealed problems with Paul’s sperm.

As three-year-old James runs around excitedly with his cousin Bella at pre-school, mum Kelly cannot praise Bourn Hall, the fertility clinic which made his birth possible, highly enough.

“We always knew that we might have problems conceiving,” explains Kelly from Norfolk, “My fiance Paul has Crohn’s Disease and when he was very unwell he was admitted to hospital and treated with a medication that we were told may affect his fertility”.

The couple first met when Kelly was 17 and Paul was 22 and decided early on that they would like a family. After trying unsuccessfully for a baby when Kelly was in her early twenties they went to their GP and explained the background to Paul’s Crohn’s treatment. 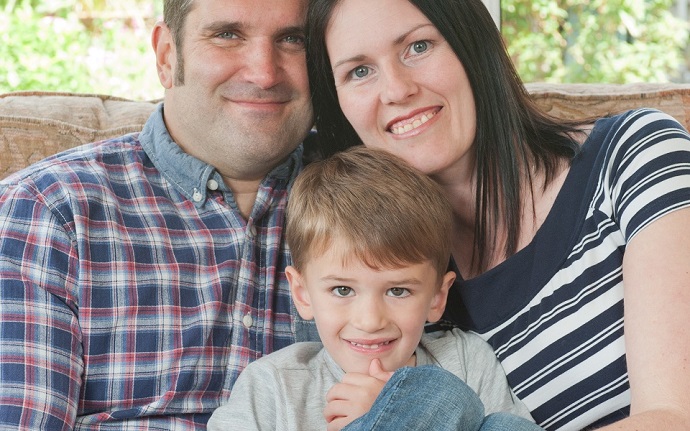 “Our GP was lovely,” says Kelly, “and immediately arranged for Paul to have a sperm test. The test revealed that there were problems with his sperm and we were referred for treatment in London.”

The treatment in London resulted in a pregnancy but Kelly was devastated when she had a very early miscarriage. “I did have a feeling though that something was wrong,” she says.

“The staff at Bourn Hall are amazing”

Kelly and Paul were then told that their hospital, Queen Elizabeth Hospital King’s Lynn, had established a satellite service in partnership with the world-famous fertility clinic, Bourn Hall, and they jumped at the chance of NHS treatment closer to home.

The couple had their routine appointments at the hospital and then went to Bourn Hall Clinic near Cambridge for egg collection and embryo transfer. “The staff at Bourn Hall are amazing,” says Kelly. “We were greeted warmly from the moment we walked through the door.”

Kelly had IVF with ICSI (intra-cytoplasmic sperm injection) where one of Paul’s sperm was individually selected and injected into one of her eggs. After the first round of treatment the couple faced disappointment when the pregnancy test came back negative.

“We were upset,” says Kelly, “but we accepted that it was one of those things, just another hurdle along the way. We stuck together and our families were very supportive. We decided to try again.”

Second time around at Bourn Hall and Kelly says her treatment was textbook. “I was driving home from Bourn Hall in December 2010 and I just knew that it had worked,” she smiles. “I took a pregnancy test on New Year’s Day 2011 and it was positive!” 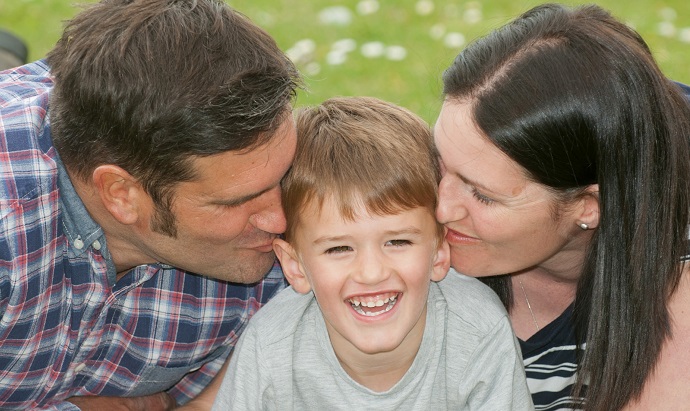 After a stress-free pregnancy, which she enjoyed with her sister-in-law who was expecting a baby at the same time, Kelly gave birth to son James in September 2011, who topped the scales at over 9lb.

Since baby James was conceived, Bourn Hall has opened a full service fertility clinic at Wymondham near Norwich, and a dedicated satellite clinic at King’s Lynn.

The King’s Lynn clinic provides continuity of care for patients who need fertility investigations or treatment. This means that testing is in one place with one team of staff and couples can be treated together. For the specialist egg collection and embryo transfer, patients can choose to go to Bourn Hall clinics near Norwich or Cambridge which ever is more convenient.

Kelly welcomed the news that Bourn Hall was opening a new fertility clinic: “It will be so much better for people in this area of Norfolk” she says. “I cannot praise Bourn Hall Clinic enough. They are brilliant.”