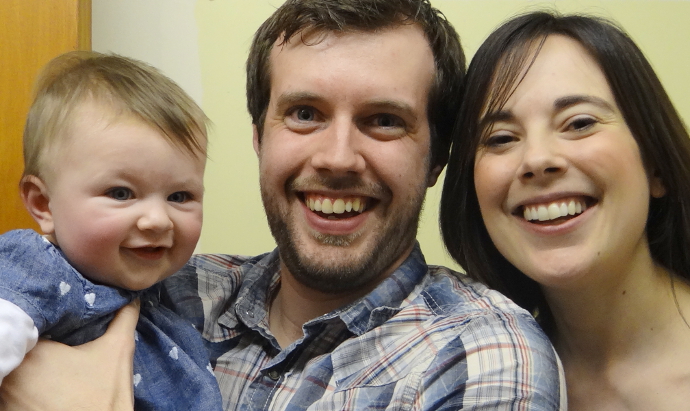 After three years of trying to conceive, Adam and Helen had IVF treatment with blastocyst transfer. The couple were delighted when Helen become pregnant after one cycle.

Call it women’s intuition, but 34-year-old Helen from Essex always knew having a baby might not be straight forward for her.

“I don’t know what it was, I guess I just know my body, but I always had an inkling something wasn’t quite right,” Helen recalls.

Helen and her husband Adam (30) first met when they were temporary Christmas staff at a book store.  They moved in together in 2007 and married two years later.  Right from the start, the couple knew they wanted a family.

Adam takes up the story: “When we got married we moved into a bigger house, in anticipation of starting a family.  The months went by and I wasn’t worried – it was only after a year I started to wonder if something was wrong.

“As time went on, we got increasingly down in the dumps.  The longer it took, the more pressure built up and the situation put our relationship under a bit of strain.  It was just frustrating; it felt like life was on hold.”

Helen adds: “It was tough, but we always felt we were on the same team.  The problem was, we felt we were on the losing team, which became very disheartening for both of us. Although neither of us wanted to apportion blame, we ended up blaming ourselves for our perceived failure.”

No definite cause of infertility

After three years of trying to conceive naturally, the couple decided to take action.  They were referred by their GP to a gynaecological consultant at the Broomfield Hospital in Chelmsford for fertility tests.

Helen says not all the tests were pleasant: “I had a procedure called a hysterosalpingogram (HSG), where a dye was injected into my womb and fallopian tubes to see if they were blocked.  I remember it was quite uncomfortable, but it had to be done to try and discover if there were any physical problems.”

The tests did not reveal any specific reason why the couple couldn’t have a baby without medical help.  Adam says, while they were relieved, they were also frustrated: “We were desperate to find out why we couldn’t conceive, but the tests showed no definite cause.  When you know what’s wrong, you often know how to fix it. It felt like we had no clues to go on.” 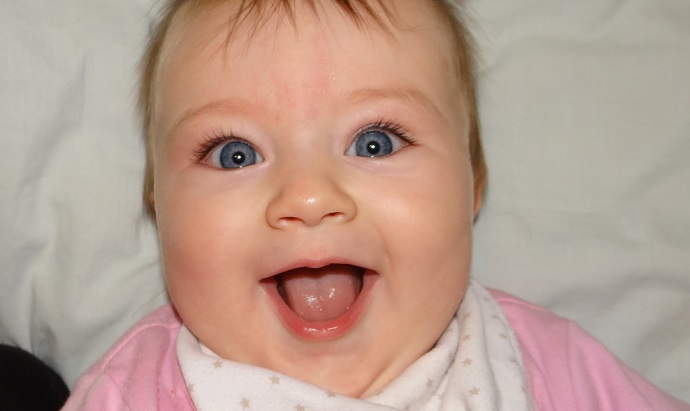 The couple were offered NHS-funded IVF treatment and after looking at the options, chose Bourn Hall Clinic because of its high success rate and legion of satisfied clients.

The couple attended an open day at the Cambridge clinic, and instantly knew they had made the right choice.  Adam recalls: “The first time we drove up the road onto the country estate, we knew it was somewhere we’d feel comfortable. The grounds are lovely; it doesn’t feel like a clinic at all.”

The couple had IVF with blastocyst transfer, where an embryo is allowed to develop in the laboratory before being transferred to the womb.  After just one cycle, the couple got the news they were waiting for.  Helen was pregnant.

“Abigail is the light of our lives”

Their much-longed for daughter Abigail was born on the 29 March 2013 weighing 6lb 15oz.

Helen was thankful for a short, uncomplicated labour and says things have gone smoothly ever since: “Abigail is absolutely lovely and sleeps well most nights. She never really cries and we love showering her with attention.”

The couple have one frozen embryo stored at Bourn Hall Clinic and have not ruled out having another IVF baby.

Helen says: “We’re going to give it some time and some thought, and considering there’s nothing physically wrong with us, we’re hoping we might have another baby naturally.  We’re so incredibly grateful to Bourn Hall and delighted for now to have our beautiful baby Abigail, who is the light of our lives and we wouldn’t be without.”