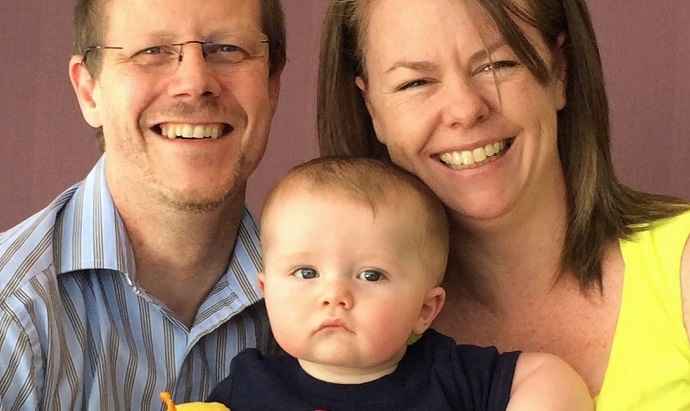 When tests revealed an issue with sperm motility, Stephen and wife Lauren underwent the ICSI process. Lauren fell pregnant with twins and was devastated to suffer a miscarriage – but little Riley survived.

Cradling ‘miracle baby’ Riley in her arms, Lauren says that she just doesn’t have enough words of praise for Bourn Hall, the fertility clinic which made his birth possible.

Lauren and husband Stephen from Norfolk, were one of the first couples to be treated at Bourn Hall’s full-service Wymondham clinic.

A local clinic makes the difference

“When you are undergoing fertility treatment you need a very flexible boss,” explains Lauren. “The woman, in particular, has to be available for lots of tests and scans in the beginning, so if you are having to travel further afield that can make it very difficult to arrange around your job and can really add to your anxiety levels.

“Having all of my treatment on the doorstep was perfect and cut down on juggling with work commitments”.

Lauren met Stephen through work and having realised that Stephen was her Mr Right, Lauren says that they started trying for a family almost immediately.

“We tried for a baby for a couple of years but nothing was happening,” she says. “We thought we were doing all the right things, checking the dates and buying all the kits, but I just didn’t get pregnant”.

A visit to the couple’s GP set the wheels in motion and both Lauren and Stephen underwent tests which revealed that there was an issue with Stephen’s sperm motility (the ability of the sperm to ‘swim’).

“We were entitled to NHS treatment and luckily for us Bourn Hall had just opened their clinic in Wymondham, so we went along to an information evening which was really interesting,” says Lauren. “The presentation took us through the whole treatment journey and was really realistic about the whole process in terms of how emotionally draining it can be and what the chances of success are.”

Lauren was treated at Bourn Hall using a process called ICSI where an individual sperm is injected into each egg to fertilise them.

Unfortunately, Lauren developed Ovarian Hyperstimulation Syndrome, which happens in only around two per cent of patients undergoing fertility treatment, so her embryos were frozen until she had recovered.

“Bourn Hall were brilliant and once my periods started again my body went back to normal,” says Lauren.

Treatment restarted and ten of the embryos were thawed prior to transfer to Lauren’s womb. The cells in the embryo’s weren’t dividing vigorously and it was thought that they would not survive to the five day blastocyst stage, so after two days two embryos were selected and transferred.

The couple were delighted when both of them took and Lauren became pregnant with twins. Sadly she suffered an early miscarriage and went for a scan at Bourn Hall.

“That was when I fell in love with Bourn Hall,” says Lauren. “We were not sure if I was still pregnant when we went in for the scan, so we were very worried. We were delighted to be given the good news that one had survived and some of the other staff came in to the room to celebrate with us. It was absolutely lovely!” 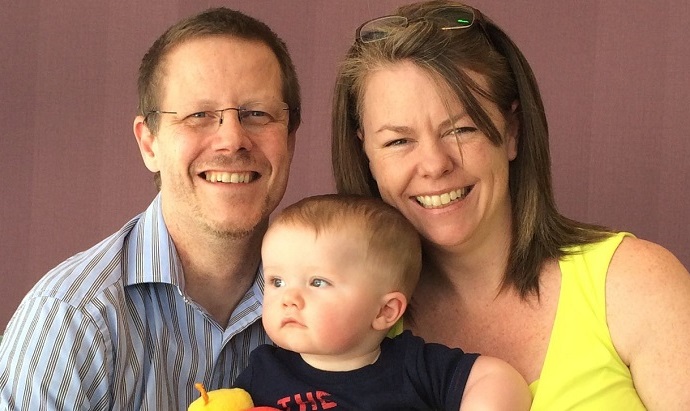 In October 2014 Lauren gave birth to son Riley and she says that he is just the perfect baby. She gave up her job to spend as much time with him as she can and was so impressed with Bourn Hall that she plans for another round of treatment, this time self-funded, in the hope of a brother or sister for Riley.

“We are moving down to Sussex with Stephen’s job,” says Lauren, “and I wanted to have my fertility treatment at Bourn Hall before we go. I wouldn’t have my treatment anywhere else. I cannot recommend them highly enough, we are so grateful to Bourn Hall, everyone there is brilliant.”