His parents tried for 14 years to have a baby. Then following fertility treatment at Bourn Hall Cambridge Thimath was born

Thimath’s first birthday is set to be very special, his parents waited 14 years before successful treatment at Bourn Hall’s Cambridge IVF clinic . “We have planned a big celebration with our close friends,” beams his mum Krishani. “Our son is a miracle to us. He is our little prince.”

Krishani, now aged 39, encourages others to get advice as early as possible if they are struggling to conceive.

“We first started trying for a child as soon as we got married when I was 24,” says Krishani.

“As time went on nothing happened and people kept asking us why we still didn’t have a baby. My mum had died a few years earlier and I really missed her and struggled with not being able to talk to her about not being able to get pregnant.”

To find out more about our fertility advice, diagnosis and treatment click here.

Krishani sought medical advice and was prescribed an ovulation induction drug and advised to lose weight.

“I found it really difficult to reduce my weight,” she says.

In 2007 Krishani and her husband Prasad moved from their native Sri Lanka to the UK so that Prasad could study for a Masters at Anglia Ruskin University in Cambridge.

“I admit that it was a relief to get away from the questions in Sri Lanka about why we were not parents yet,” says Krishani. “Most of my close friends already had children and I had felt under a lot of pressure.” 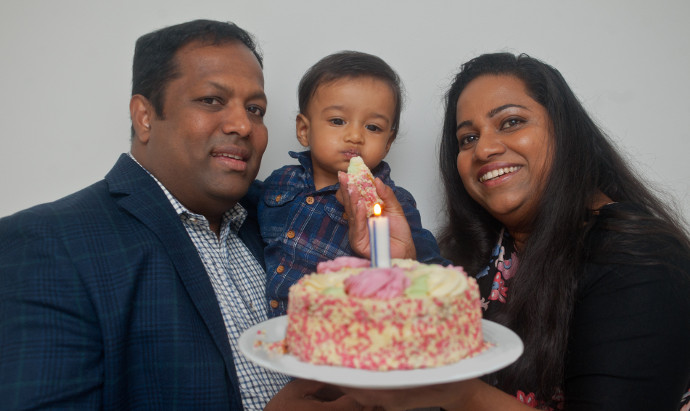 Krishani went to see her GP to talk through her fertility concerns and was put back on clomid. She was still finding it impossible to lose weight and was referred to an endocrinologist who diagnosed her with insulin resistant syndrome.

Insulin resistance affects a person’s metabolism and is linked to a number of health disorders such as diabetes, heart disease, obesity and polycystic ovary syndrome.

“I was put on metformin to regulate the amount of sugar in my blood and supervised by a dietician who was really supportive,” says Krishani. “I also joined a gym.”

Her new regime worked and within six months she had lost two stone. However, hospital tests also revealed that both of her ovaries were polycystic and the couple were told that their best chance of conceiving was with IVF.

“We were thrilled to be told that IVF might help us because we finally felt as though something might happen,” says Krishani. “My weight loss also meant that my body mass index was within the acceptable range for IVF treatment.”

The couple went to Bourn Hall’s Cambridge IVF clinic and their second cycle of treatment was successful.

“I couldn’t believe it when I finally got pregnant,” beams Krishani. “We had been married for 14 years and I kept saying to my husband ‘am I dreaming?’ I had a drawer full of pregnancy sticks and kept doing the test again to make sure!”

Krishani feels that her diagnosis of insulin resistant syndrome was key in her journey to motherhood and she urges anyone worried about their fertility to get advice sooner rather than later.

“There is so much that can be done to help people struggling to get pregnant and I would advise anyone struggling to conceive not to be embarrassed and to seek help,” she says. “For a lot of people some help with lifestyle changes or simple medical intervention could help them conceive naturally and if it turns out that you do need fertility treatment as I did then the younger you are the better your chances.” 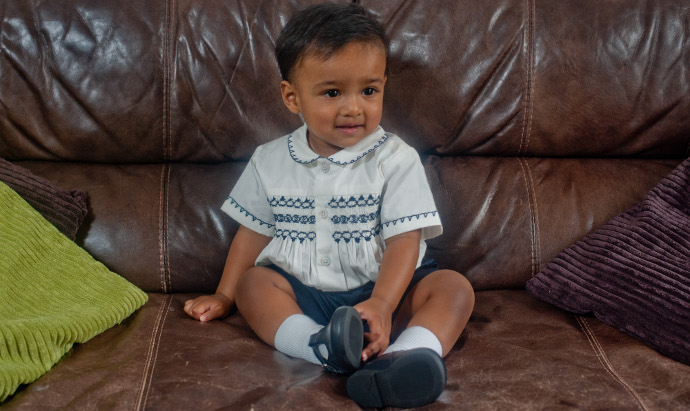