Michelle from Suffolk has been through so much – she lost ten natural pregnancies and her first marriage failed under the strain – and she was devastated when her first attempt at IVF failed. Fortunately she was persuaded to have one last try and achieved her baby dream.

Having lost four natural pregnancies during her previous marriage, Michelle (now 34) knew that she had a fertility issue when she got together with Alastair (34) in 2007.

“It was a very traumatic experience for Alastair and me. I found myself questioning our situation and wondering ‘why me?’.

“Alastair realised that IVF was our best option and so once we’d got over the devastation of the miscarriage we went to our GP.

“He explained that it would take three years before we could be referred for fertility treatment and as I’d managed to become pregnant naturally that ‘you never knew and to keep trying’.”

Finally, in 2010, Michelle was referred for investigation at a London hospital. Tests revealed that her one remaining functional fallopian tube was damaged and that all her miscarriages, which had happened within 11 weeks, could in fact have been ectopic: when a fertilised egg implants itself outside of the womb. However no conclusive reason was given and they were told their only way to have a baby was by IVF.

“Not knowing the exact reason for why I had recurrent miscarriage was very difficult to deal with. I had hoped an answer would mean we could do something positive about our circumstances ourselves but IVF now seemed the only option.”

Referred to Bourn Hall for IVF

The couple started their fertility treatment in January 2011. Michelle was prescribed a course of medication to help stimulate her ovaries.

In early April, 18 eggs were collected but only one embryo made it to day five. This one fertilised blastocyst was carefully put into Michelle’s womb.

Two weeks later Michelle took a pregnancy test, which revealed she was pregnant. Unfortunately she started bleeding three days later. It turned out she’d had a chemical pregnancy, which is when a fertilised egg does not attach itself to the uterine wall.

On 21st November nine eggs were collected from Michelle. Five days later she returned to the clinic to have two blastocysts transferred.

Michelle then had to wait two weeks before taking a pregnancy test.

“She’s absolutely brilliant! I’ve always wanted to be a mum and although it’s taken 12 years of trying Isobel has certainly been worth it.

“It was just such a surreal thing being handed a baby and told he’s yours and you can go home with him,” says Harika, but that was reality for her and husband Craig after 10 years of trying to have a family.

The young couple met at their first job and knew right from the start that they wanted to have a family together. They started trying to conceive in 2005 and two years later the couple fell pregnant.

Harika explains, “It had taken two years to get pregnant but we weren’t that concerned because we were still young at the time. Unfortunately it turned out to be an ectopic pregnancy and I was rushed into hospital. When I woke up the consultant told me they had to remove one of my fallopian tubes and this would reduce my fertility.”

Another year passed, but Craig and Harika had not fallen pregnant again so they were sent to their local hospital for further tests.

“We finally felt like we were getting somewhere and then I fell pregnant naturally. Because I’d already had an ectopic pregnancy I almost felt like it was too good to be true.”

Unfortunately Harika’s suspicions were true and at her 10 week scan she was told she’d had a miscarriage.

“I’d had a scan at 7 weeks and they showed us the heartbeat so I remember that being a really hard time for us. You just think why us, why do we deserve this. It is really bad luck for it to happen twice.”

Craig continues: “We were sent for more tests the next year but every came back fine. I’m not saying I’d of been relieved if they had found something, but sometimes when you are told what the issue is, it is easier to get your head round. You start to blame your lifestyle, but we have never smoked and we don’t really drink so we didn’t know what we could do.” 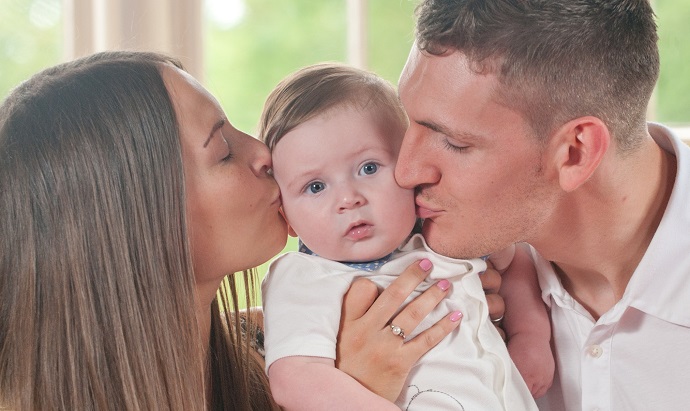 By this stage, Harika and Craig had been trying to start a family for six years. Harika recalls this being a very difficult time for them both.

“We started avoiding certain social situations to make it easier, like children’s birthday parties. People were always asking why we hadn’t had children yet. We found the easiest thing to do was be honest and we were never embarrassed, but then the person you were talking to would get so embarrassed you’d almost find yourself apologising for having fertility problems.”

The couple asked their GP to refer them for NHS funded IVF but the application was denied and after several appeals the couple were told they would not be accepted until it had been three years since they were last pregnant.

At this point the couple decided to draw a line under the past six years and get married. They got married in July 2012 and shortly after the wedding it was three years since Harika was last pregnant and so their GP referred them to see a gynaecologist.

Harika remembers: “We’d had the door closed in our faces so many times I didn’t know what to expect. Everything was a blur and the only thing I heard her say was ‘I’m going to refer you for IVF’. I burst out crying with relief that finally someone was listening to us.

“I’d heard about Bourn Hall before, over the years I’d done quite a bit of research about IVF and a friend of mine had twins from there too so I automatically chose to be referred to Bourn Hall for our treatment.”

By March 2013 Harika and Craig found themselves in Bourn Hall Clinic attending a seminar for NHS patients about to start their fertility treatment.

“The seminar was fantastic. I thought it was going to be really scientific but actually it wasn’t patronising, or spoken about in clinical terms, there were even jokes along the way and I think it made the whole thing feel a lot lighter.

“We had a late honeymoon booked in April and decided to go and enjoy that before starting treatment. It was actually our first ever holiday together in 10 years because everything had been about trying for a baby.”

Harika and Craig returned to Bourn Hall to start their treatment in May 2013. Harika says:

“I was hopeful it was going to work but I didn’t pin everything on it. I knew we were going to get three cycles of IVF so I just treated the first one as a trial run.”

Harika’s egg collection resulted in nine eggs which were fertilised with Craig’s sperm and five days later one of the resulting blastocyst embryos was transferred into her womb. From then it was a waiting game Harika says.

“I think the two week wait was the worst part of it all. Every little twinge made me think my period was about to come. 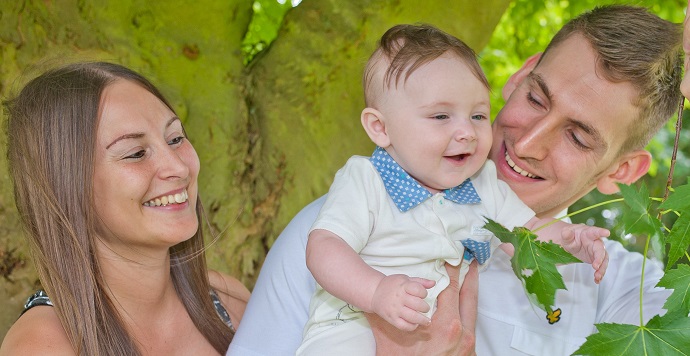 “We were due to do a pregnancy test on the 2nd July but our first wedding anniversary was three days later. I couldn’t bear the bad news spoiling our day so we tested about five days early. It came up positive and we just stood there in silence. We were so gobsmacked, we just couldn’t believe it had worked first time for us.

“Despite our success, after all we had been through; I had a really nervous pregnancy. I’d made myself believe that I wasn’t capable of carrying a pregnancy. We made it to the 12 week scan and then I booked a private 16 week scan to make sure everything was ok. I kept on setting myself little targets like that all the way through but I never really believed I could do it. We never expected to take a baby home – ever.”

Luckily this time Harika’s concerns were unjustified and on the 11th March 2014 baby Rocco was born.

“Even now I look at him with absolute amazement, to think that Craig and I created him – he has completed our lives.”

Craig adds: “The thing with IVF is that for the people that have it, it is a last resort. It gives people an opportunity to have something they couldn’t have otherwise. We’re so grateful we were given the opportunity to have a chance at IVF. We feel Rocco is extra special just because of what we’ve had to go through and obviously I’m really proud of Harika for what she had to experience.”

Harika says, “I think having NHS funding is an amazing thing, and look at all these babies that wouldn’t have been born without it. Rocco gives us a real purpose to life now and he wouldn’t be here without the NHS funding we received. I don’t think we will ever be able to thank Bourn Hall and the NHS enough.”