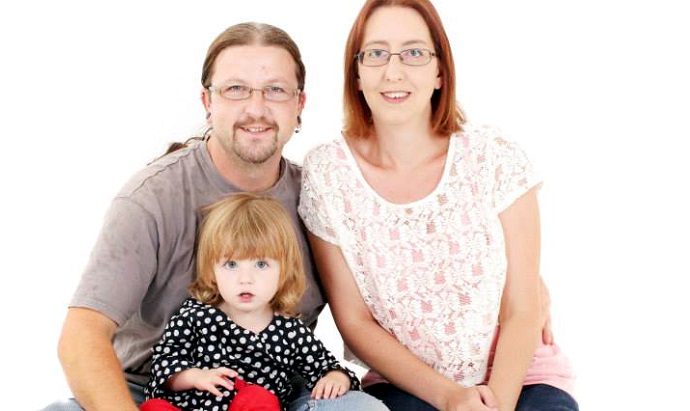 Michelle faced countless setbacks on her road to pregnancy, including recurrent miscarriage, but still kept fighting. Her determination was rewarded with the birth of Isobel in 2012.

Michelle from Suffolk has been through so much – she lost ten natural pregnancies and her first marriage failed under the strain – and she was devastated when her first attempt at IVF failed. Fortunately she was persuaded to have one last try and achieved her baby dream.

Having lost four natural pregnancies during her previous marriage, Michelle (now 34) knew that she had a fertility issue when she got together with Alastair (34) in 2007.

“It was a very traumatic experience for Alastair and me. I found myself questioning our situation and wondering ‘why me?’.

“Alastair realised that IVF was our best option and so once we’d got over the devastation of the miscarriage we went to our GP.

“He explained that it would take three years before we could be referred for fertility treatment and as I’d managed to become pregnant naturally that ‘you never knew and to keep trying’.”

Finally, in 2010, Michelle was referred for investigation at a London hospital. Tests revealed that her one remaining functional fallopian tube was damaged and that all her miscarriages, which had happened within 11 weeks, could in fact have been ectopic: when a fertilised egg implants itself outside of the womb. However no conclusive reason was given and they were told their only way to have a baby was by IVF.

“Not knowing the exact reason for why I had recurrent miscarriage was very difficult to deal with. I had hoped an answer would mean we could do something positive about our circumstances ourselves but IVF now seemed the only option.”

Referred to Bourn Hall for IVF

The couple started their fertility treatment in January 2011. Michelle was prescribed a course of medication to help stimulate her ovaries.

In early April, 18 eggs were collected but only one embryo made it to day five. This one fertilised blastocyst was carefully put into Michelle’s womb.

Two weeks later Michelle took a pregnancy test, which revealed she was pregnant. Unfortunately she started bleeding three days later. It turned out she’d had a chemical pregnancy, which is when a fertilised egg does not attach itself to the uterine wall.

On 21st November nine eggs were collected from Michelle. Five days later she returned to the clinic to have two blastocysts transferred.

Michelle then had to wait two weeks before taking a pregnancy test.

“She’s absolutely brilliant! I’ve always wanted to be a mum and although it’s taken 12 years of trying Isobel has certainly been worth it. 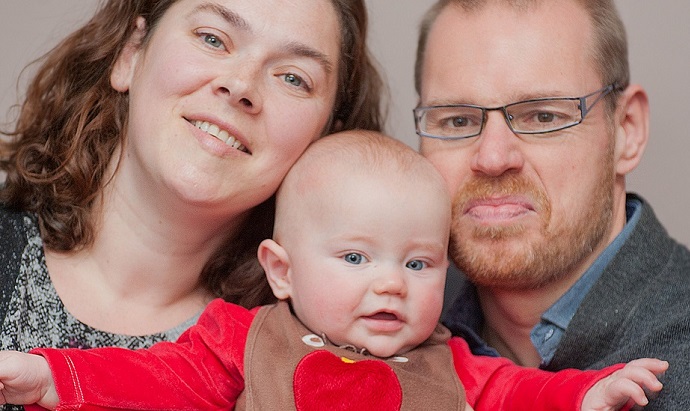 Nothing would deter this would be mum