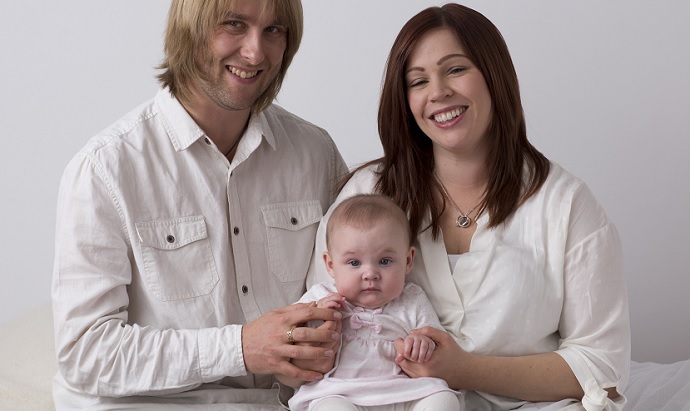 Unexplained infertility is emotionally draining, but there can be a light at the end of the tunnel. Baby Tessa arrived after a second round of IVF.

Hayley Brook from Cambridge still finds it hard to believe that she is finally a mum – after years of uncertainty over why she was not falling pregnant.

Hayley and husband Martin were told that they had ‘unexplained infertility’ by specialists after undergoing numerous tests to establish why Hayley was not conceiving.

“We got married in 2012 and started trying for a baby straightaway,” says Hayley. “When nothing had happened I went to see my GP and she was so helpful, explaining everything to me and sending me for tests.”

The tests did not uncover any obvious reason as to why Hayley wasn’t getting pregnant and so the couple were advised to try for another year.

“Neither of us are overweight and we led a healthy lifestyle so it was all out of our control,” says Hayley. “We were basically biding time until we ticked the next box.

“All around me friends were having children and I was really pleased for them but every time I heard that someone was pregnant it was like a stab to the heart. Sometimes I would just be walking down the street and would pass complete strangers who seemed to have lots of children and yet I was struggling just to have one, it was really hard. I think the perception is that it is really easy to get pregnant and we spend our younger years using contraception and trying not to get pregnant and then you come off contraception and nothing happens and you think ‘why did I bother all those years?’” 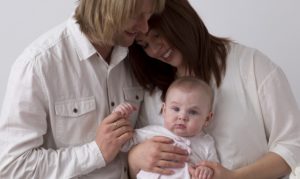 The hardest part was not having a reason

When further tests could still not determine the cause of Hayley and Martin’s infertility they were told that they were eligible for NHS-referral to a specialist fertility clinic.

“The hardest part was not having a reason,” admits Hayley. “I could have coped better if we had been given a reason but to have no reason and no child was really tough.”

Hayley and Martin went to a seminar at Bourn Hall Clinic in Cambridgeshire along with a group of other couples and Hayley found it really useful.

The couple were treated at Bourn Hall using standard IVF which involved Hayley taking fertility drugs to stimulate her ovaries to produce a number of eggs and then, using a minor surgical procedure, collecting a number of eggs to be placed in a culture dish with Martin’s sperm for fertilisation.

“I was kind of excited to be having the IVF,” says Hayley. “We had gone through so many hoops to get to that stage I think I detached myself emotionally. You get so used to things not going your way you learn to protect yourself from disappointment.”

First time around and Hayley did not get pregnant and she was tempted to wait a while before trying again. “I was emotionally drained,” she says.

Another visit to Bourn Hall however persuaded her otherwise and shortly afterwards she was being treated again.

Every day is incredible

The day of the pregnancy test arrived and the alarm clock went off at 5.30am for work.

“I did the test and looked at the line which was quite faint,” says Hayley. “We were looking at it asking ourselves ‘is it a line or is it not a line?’ We decided it was a line but then just sat there in disbelief, we couldn’t take it in for a while.”

Seven weeks in to Hayley’s pregnancy the couple went back to Bourn Hall for a scan and it was only at that point that Hayley allowed herself to believe she was finally pregnant.

“I believed it then but I was very, very cautious,” says Hayley. “It was only when I was about 20 weeks pregnant that I started to relax a bit and buy baby clothes.”

“Tessa had been with us a good couple of weeks before I suddenly thought ‘wow I’ve had a baby’” shesays. “Every day is incredible, I have to pinch myself. It is strange to get to the point, having thought that this was never going to happen, when I can let my guard down and take it all in. I have not been able to do that for four years. I started out trying for a baby all optimistically but as time went on and friends were getting pregnant after two months of trying and still nothing was happening for us I just started to think the worst. Both myself and Martin developed a self-defence mechanism and it takes time to let your guard down, even now.” 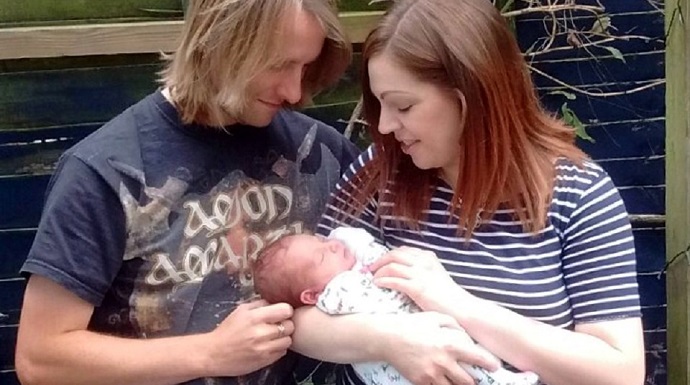 For anyone who is worried about their own fertility Hayley advises them to seek help sooner rather than later. “Don’t leave it as long as I did,” she says. “It is nice to have a career in place but hindsight is a wonderful thing. You will have lots of hoops to get through. I also think it is really important that couples look out for each other as I can really understand how the stress would break some couples up. The whole journey is so emotionally charged, you need to make sure you have got each others’ back and look after each other.”

As Tessa was born following Hayley’s second cycle of NHS-funded treatment she feels really sad for other people that the number of cycles now funded by the NHS in Cambridgeshire has been reduced to just one.

“If we had been funded for just one cycle I wouldn’t have my daughter,” she says. “We could not have afforded to fund a second cycle ourselves and so we would not have been blessed with Tessa. I don’t think one cycle is enough and it is terrible that in some parts of the country the funding has been cut altogether. People should be given a chance.” 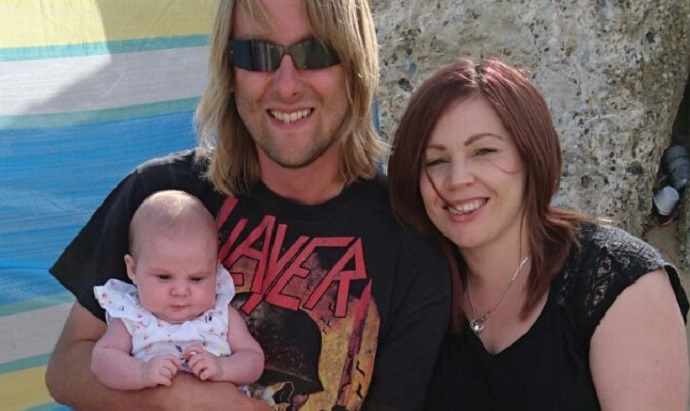