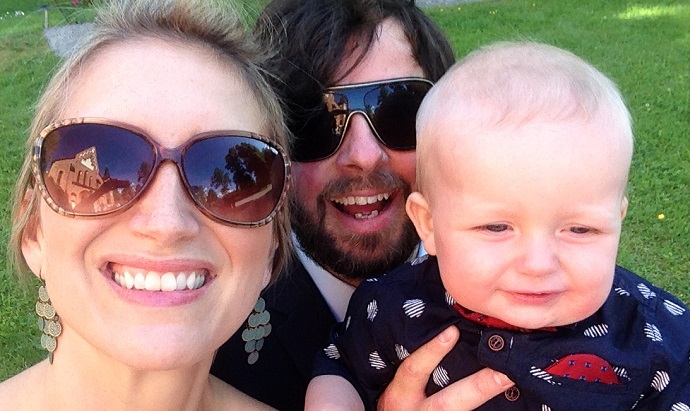 A laparoscopy revealed that Jenny had endometriosis, a condition affecting around 2 million women in the UK and the reason for her infertility.

Jenny had suffered painful periods since a teenager when the couple struggled to conceive they went for advice which revealed endometriosis.

Jenny, aged 39, who lives in Bedfordshire, had always wanted children but when she was in her early thirties feared she would never be able to get pregnant. After three years of trying unsuccessfully for a baby with partner Dave she went to see her GP.

“I had suffered with painful periods from the age of 16,” says Jenny, “and had been put on the pill. About 15 years later I had a blood clot and was taken off the pill and since then my periods had been really painful”.

A laparoscopy revealed that Jenny had endometriosis, a condition affecting around 2 million women in the UK – and she also had some fluid in one of her fallopian tubes. The couple were advised that they would be eligible for NHS-funded fertility treatment.

Getting in shape for fertility

Health-wise Jenny was in pretty good shape to have fertility treatment. She had given up smoking and had a healthy BMI. Smoking affects ovulation in women and can reduce fertility. Women should ideally have a BMI of between 19 and 30 according to NICE guidelines.

“I have been a committed vegetarian since I was 11,” says Jenny, “and recently I became vegan. I am careful not to overdo my caffeine intake and have always been very aware of nutrition.”

It is thought that caffeine also affects fertility levels – it is not just present in tea and coffee but also in chocolate and some soft drinks.

After being told they were eligible for NHS-funded fertility treatment Jenny and Dave were given a choice of clinics. “We chose Bourn Hall because it was closest to home and I had read some of the patients’ success stories on their website,” says Jenny. “Also I didn’t want to have to travel down to London on the train.”

Jenny and Dave attended an open evening at Bourn Hall just outside Cambridge and shortly afterwards began their treatment. The first round did not work and Jenny was then treated using frozen embryos from the first cycle.

Happily, following the frozen embryo transfer the couple found out that Jenny was pregnant and she describes it as a ‘shock’. “We were really, really happy,” she smiles. “I just took it one day at a time. I was aware that it might be the only time I would ever be pregnant and so we took lots and lots of photos and I wrote down regularly how I was feeling.

Fletcher was born on 17 September 2014 and Jenny describes motherhood as ‘brilliant’.

Jenny is delighted that since giving birth to Fletcher she has stopped having painful periods. “I think when he came out he jumbled everything up,” she laughs.

Grateful to the NHS

She is also really grateful for the NHS funding they received for the fertility treatment – at the time of her treatment they were eligible for three cycles.

“When we were told that we were entitled to three cycles of NHS-funded treatment it made us feel confident that we would get there in the end and become parents,” says Jenny. “I do appreciate that it is really hard now with decisions having to be made about where NHS funding goes but for couples who only get one funded cycle it must be really stressful.”

After successfully having had Fletcher, Jenny and David would love a brother or sister for him. A recent round of IVF (which they paid for themselves) didn’t work and so Jenny is gearing herself up for what she describes as her ‘last go’.

“As much as we would love another child, it is really more for Fletcher than for us,” says Jenny. “Both Dave and I have a sibling and we are really close to them and ideally I would love Fletcher to have a brother or sister. That being said, I have got lots of friends with one child and it is very common and you get round it in other ways with friends and family.” 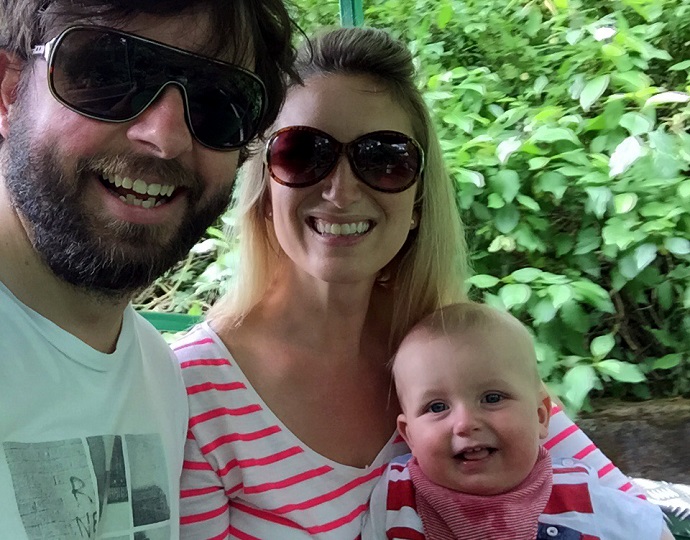