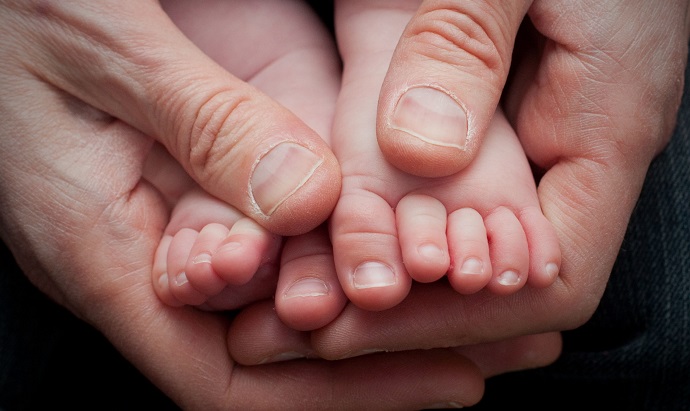 Felicity chose an ‘endometrial scratch’ procedure to help increase her chances of pregnancy. She and husband Benjamin are now parents to Zachary.

When the results from the fertility tests came back as ‘unexplained’ Felicity and her husband Benjamin began to despair of ever having a baby. She says: “It was really frustrating, especially as all my friends seemed to be getting pregnant at the drop of a hat.”

The couple had been trying for a family for over three years before they went to their GP for advice. Both in their early thirties, they were concerned about leaving it any longer before they went for help.

Their GP referred them to the local hospital for fertility testing and the results came back as unexplained. This is not uncommon and sometimes means that there is subfertility on both sides which means the chances of a pregnancy are reduced.

The couple chose to go to Bourn Hall in Cambridge because they had read about the excellent success rates.

There is no waiting list for treatment at Bourn Hall so the couple soon had their initial consultation. Felicity says: “The consultation was very helpful; we talked about what IVF is, the process for men and women and how everyone is different so the treatments are tailored for each patient.

“With little knowledge about the reasons for infertility and its treatment we found the talk really helpful.”

It was a difficult road

The couple’s first cycle of treatment was IVF with Intracytoplasmic Sperm Injection (ICSI). Following egg collection a single sperm is injected directly into the mature egg, which can improve fertilisation rates. One of the resulting embryos is then transferred to the womb.

Sadly the first cycle was unsuccessful and the couple took a break before returning later in the year for a second cycle of treatment.

This time Felicity became pregnant but tragically miscarried in the early stages of the pregnancy. The couple were shattered. Felicity remembers the pain: “After the delight of finally becoming pregnant it was devastating to learn I’d miscarried. It did put a strain on our relationship but we talked through it and came out stronger as a team.”

Felicity and Benjamin returned to Bourn Hall to discuss their options and it was agreed that a frozen embryo from each of the two previous fresh cycles would be used for the next treatment.

“I was incredibly anxious after miscarrying, so a different approach gave us hope,” says Felicity.

For their third attempt an endometrial scratch was discussed. This is a relatively new procedure that involves a very fine catheter making a small scratch in the lining of the womb.  It is thought that this procedure can help make the womb more receptive to the successful implantation of embryos and increase the chances of pregnancy

“When this was discussed I was keen to try it. Especially if there was any chance the procedure could improve our chances of having a baby,” recalls Felicity.

The couple appreciated being able to ring the clinic for reassurance at any time or to ask questions in person when they came for an appointment or scan. “The staff were really good,” Felicity says. “They looked after us so well that you felt able to put your trust in them.”

Their trust was to prove well placed when a scan confirmed that Felicity was pregnant.

Delighted to have Zachary

As the weeks progressed the couple celebrated each developmental milestone and, as she overcame her initial fears she might miscarry again, Felicity enjoyed being pregnant – before Zachary was born on 18th January 2016.

For anyone thinking of starting IVF treatment Felicity reassures: “It does take an emotional and physical toll on you and your partner and it can be a long process – it took us three attempts to have success but now we have Zachary. We are delighted and so lucky to have now to be in our position with a family!”