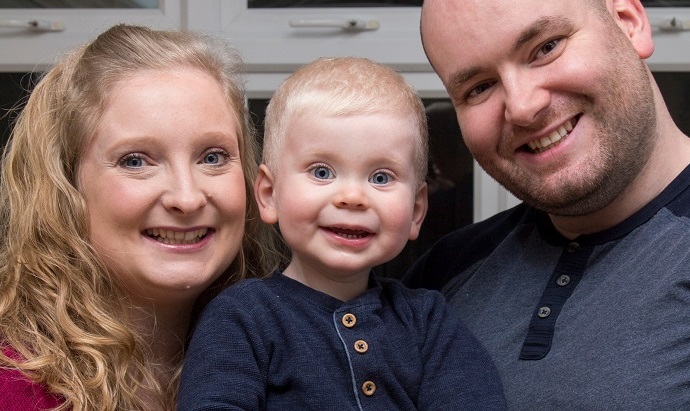 Gemma and Kirk are proud parents to Matthew, after a successful first attempt at IVF treatment.

Growing up in a large family, Gemma from Essex had always imagined having children of her own one day – but couldn’t shake off a feeling that it might never happen.

Gemma, aged 33, gave birth to “miracle baby” Matthew in November 2014 following fertility treatment at Bourn Hall Clinic. She says: “I don’t know why I constantly felt that something was not quite right, but I think that because I wanted a family so much I just put too much pressure on myself.” 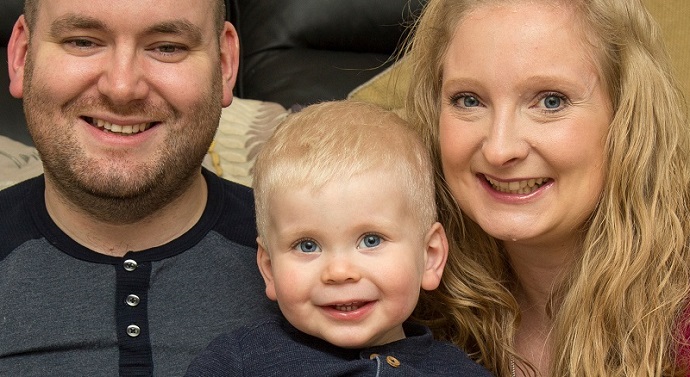 When she was in her mid-twenties Gemma was diagnosed with fibroids and hospital scans also revealed that she had a number of cysts. “I was told by the doctors then that the fibroids and cysts shouldn’t affect my ability to have children but it made me more nervous about my prospects,” she admits.

A couple of years later, after getting engaged to Kirk, the couple started trying for a baby.

“I came off the pill so that we could start a family but my periods just didn’t come back properly,” Gemma reveals. “We consulted a doctor quite early on but were told that we needed to have been trying for longer before seeking help.”

Referred for IVF after unexplained infertility

Hospital tests proved inconclusive, with Kirk’s sperm count varying between tests and no definitive evidence that Gemma’s fibroids were causing the problem, the couple were given a diagnosis of unexplained infertility.

“Eventually we were referred for IVF treatment and it was such a relief!” says Gemma.

“I was already over 30 so it was important to me that we didn’t have to wait too long for treatment. We looked at the options available to us and chose Bourn Hall Clinic in Wickford because it was convenient.”

Appointments at Wickford and Colchester

Gemma’s treatment at Bourn Hall began in January 2014 and the couple were absolutely elated when Gemma became pregnant on the first attempt.

“The previous few years had been such a roller coaster emotionally,” says Gemma, “and after my eggs were harvested and fertilised at Bourn Hall we had to go back in for embryo transfer earlier than expected because there were only three viable embryos by the third day. Of those three we were told that one was ‘absolutely perfect’ and that was the one which was transferred to me. The other two didn’t survive so we literally only had one chance from that cycle of treatment.

“I left Bourn Hall with my pregnancy test kit and strict instructions not to do the test until 14 days after treatment,” says Gemma, “but I was due to go back to work on the 14th day so I did the test a day early. I was convinced the test was going to be negative because I had had terrible cramps for a fortnight even though I had been resting. We agreed that I would do the test and we would look at the result together but in the end the result came back positive instantly so there wasn’t time for me to do that. I ran into the bedroom with the pregnancy test and I literally couldn’t speak! Then I did six more tests!”

Luckily for Gemma and Kirk the “perfect embryo” resulted in a successful pregnancy and Matthew was born nine months later.

“Matthew is our absolute world” 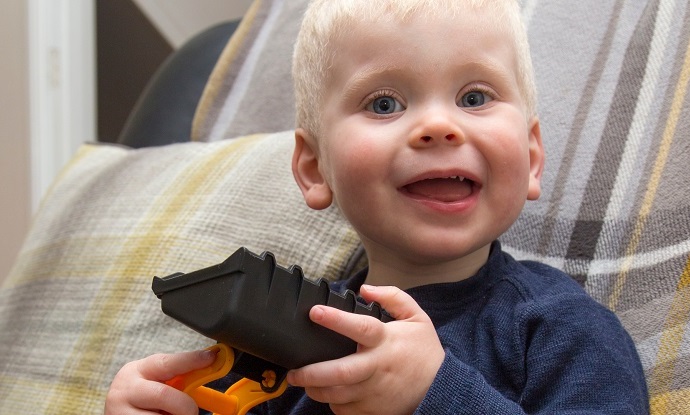 “We still cannot quite believe it,” says Gemma. “Matthew is our absolute world, everything and much more than we could have hoped for. He is now walking, he is absolutely amazing, so happy and content.”

The couple haven’t ruled out expanding their family further and Gemma, who has had no problems with her fibroids since her pregnancy and now has regular periods, says that she may now have a better chance of falling pregnant without needing fertility treatment.

“My body seems to have re-set itself,” she laughs. “So it is possible that I may fall pregnant naturally in the future. If not, I wouldn’t hesitate to go back to Bourn Hall.”