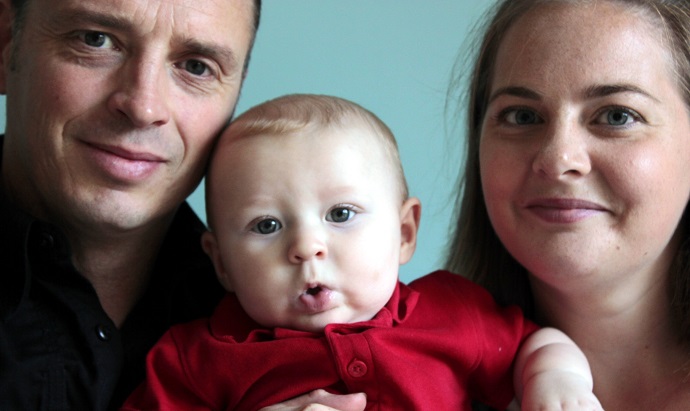 Lucinda and Matthew felt fortunate to have Edward through IVF treatment. So when having further IVF to conceive a second baby, the couple decided to share eggs with another couple.

Lucinda (32) and Matthew (45) had always wanted children and were fortunate to have a child following IVF treatment.  Knowing how much having a child meant to them, the couple decided to donate eggs to another couple while they were having further IVF to conceive a second baby.

Lucinda begins: “After giving birth to Edward in January 2012 I read about egg sharing and how sometimes women have to wait four years to receive a donated egg.

“Having gone through IVF once myself, and thankfully successfully, I knew that the process was hard enough on its own, let alone if you’ve got to first wait some indeterminable time period for someone to donate an egg; it must be truly terrible and I can see why some couples split up during this difficult stage.”

Watch the video below to hear Lucinda and Matthew discuss their decision to egg share (or view it on YouTube here).

“We could help give another couple hope”

Another factor that influenced Lucinda’s decision to look into egg sharing was her realisation of how she felt being pregnant the first time round.

“It made me realise egg donation is something money can’t buy – it’s a waiting list – and we were in a privileged position where we could help give another couple hope and ultimately, if treatment is successful, a child of their own.”

So the Essex couple decided to investigate egg sharing as they considered having another child. 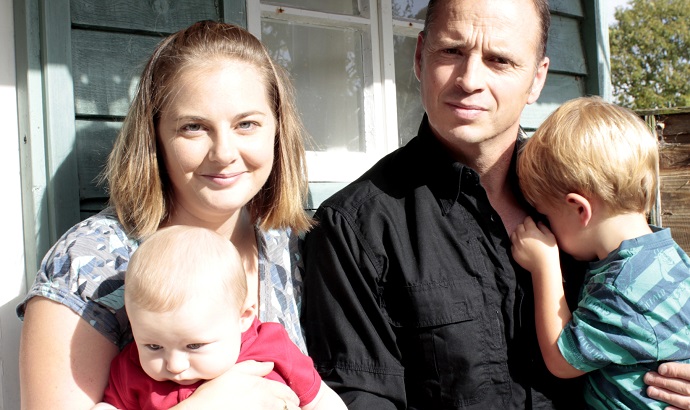 “Initially I contacted the hospital in London where I’d had my first IVF treatment on the NHS but they didn’t offer an egg sharing service” explains Lucinda.

Matthew adds: “This was one reason why we changed to Bourn Hall and on seeing the clinic and realising it had such a friendly, relaxed atmosphere we knew it was the right place for us. To see your wife happy takes off some of the pressure and you also feel better as all you are able to do is support her.

“It’s much harder for a woman but it’s also hard for the man to see his wife go through it.

“Bourn Hall provided us with concise and clear information and they gave us the feeling that it would be a great place to conceive a child.”

Dr Tom Mathews at Bourn Hall explains: “Bourn Hall was one of the first clinics to introduce an egg-sharing programme.

“A woman’s fertility treatment often results in the production of more eggs than she may need and these eggs can be used to help another patient to conceive a child.

“If a woman is happy to donate eggs she is given an opportunity to write a message to any resulting child, which the child can request when he or she becomes 18.  The donor is also able to provide a pen-sketch of themselves which can be given to the recipient.

“This outline includes information about the donor’s physical appearance, interests, skills, reasons for donating but it must be non-identifying.  The donor is also able to contact the Clinic, at least a year after the donation, to find out if there have been any successful births resulting from the donation.”

Lucinda applied to join the egg sharing programme and Bourn Hall’s medical team were able to confirm her eggs were healthy and that she met the age criteria, as she was within the age range of 18 to 35.

“I was so glad when they told me I was eligible. We thought it was a good thing to do and we were in a fortunate position where we could help others.

“We already knew the infertility issue was with my husband and not with me. In some sense we thought we therefore had it easy.  It is a lot easier to deal with male infertility than female infertility and I’d been successful in getting pregnant the first time I’d had IVF.” 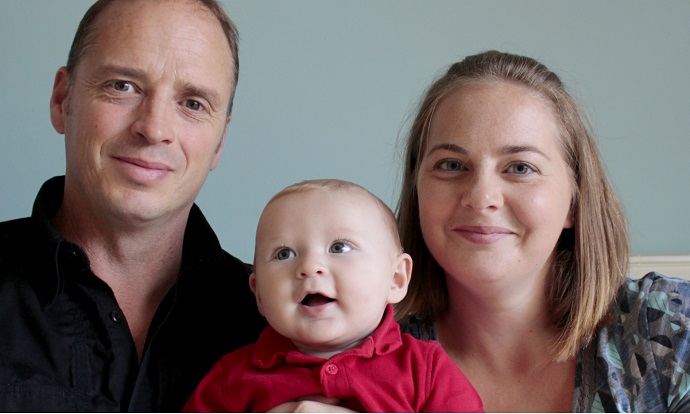 Preparing for their second attempt at IVF Lucinda and Matthew were slightly less optimistic that they would be successful.  Also as they were no longer eligible for NHS funding they would have to pay this time themselves and the finances were a concern.

Lucinda explains: “Statistically successful IVF can take several attempts and second time around for us we thought we might have to have two or three goes at the procedure and we were worried about the finance of it.”

Matthew continues: “Once we had decided to go ahead with egg sharing this did help to reduce the cost for our IVF treatment, which meant that if it did fail we could have funds to do it again, plus we were helping somebody else. We saw that as a plus because we knew that Lucinda could have children and we were giving someone else the opportunity to. They were going to benefit, so it was win win for us.

“We did talk long and hard about it, including the emotional impact and how donating would affect us if the other couple had a child and we didn’t.”

“The counselling available was very good and supportive”, Lucinda adds.

She continued: “Egg sharing was right for us but it depends on your circumstances. We were pleased we went ahead with it and would thoroughly recommend it as you feel you’ve done something for someone else.”

Although Lucinda and Matthew were convinced that they wanted to donate eggs other family members were not so sure.

Matthew continues: “Our biggest challenge was convincing some of our wider family members who didn’t quite understand the process. I think as the process had been explained well to us we understood it and were therefore able to make an informed decision based on emotions and our circumstances.

With Lucinda and Matthew reassured they were making the right decision, Lucinda went for screening in May 2013.

A baby brother for Edward 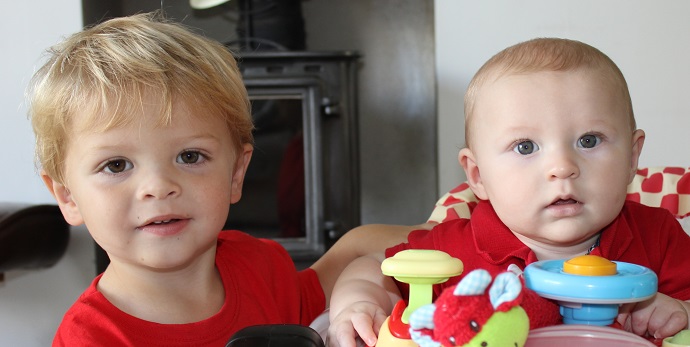 After ovarian stimulation she returned again for her egg collection and produced 13 eggs. Lucinda kept seven eggs, to be fertilised using Matthew’s sperm, and another lady received six eggs.

Of Lucinda’s seven embryos five developed to 5-day blastocysts. A ’4AA’ graded blastocycst was transferred to Lucinda’s womb and one embryo was frozen for use in future cycles.

Lucinda successfully fell pregnant and in May 2014 baby Timothy was born, a baby brother for their first son Edward.

Lucinda said: “It was a miracle that both our IVF treatments worked first time. I’m not sure if the lady receiving our donated eggs did successfully fall pregnant but I’d certainly consider donating eggs again if it can help another couple become a family.”