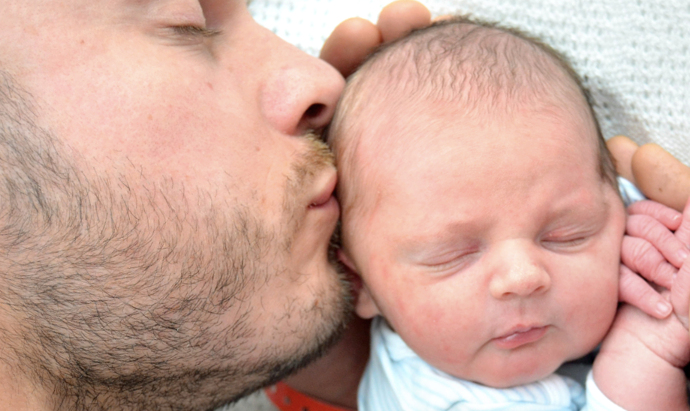 A man who thought he would never be a dad celebrated Father’s Day this year with his baby son. Some otherwise healthy people can be infertile from a hidden medical condition. Ash and Abigail shared their story to encourage others to seek advice as Bourn Hall Clinic takes its free roadshow to Colchester United’s stadium on June 24 2017.

Never be a dad

“Ash was so emotional when Zach was born,” says his partner Abigail (34). There had been times when he thought that he would never be a Dad so he has found the whole thing just overwhelming. He cannot believe it, he is overjoyed.”

Ash (35) had always dreamed of being a father. It meant so much to him that he warned his partner on their second date that if she wanted children they might need IVF. “It was very honest of Ash to tell me so soon in to our relationship. I was in my thirties and looking for a life partner to have children with so he knew that it might be a big deal for me.”

Although he is healthy and shows no symptoms of the disease, Ash is a carrier of the cystic fibrosis gene – as are around one in 25 white Europeans in the UK. Carriers of CF can have problems with their fertility as some men are born without a vas deferens (the tubes which transport sperm from the testicles to the penis). As the couple’s relationship quickly grew serious it became clear that they both wanted children and this was going to require fertility treatment.

Abigail says: “I had been aware that some people find it harder to get pregnant as they get older, but not many of our friends had children so I hadn’t given it too much thought until now. “I was conscious that IVF might not work and that it might take more than one attempt. So, as we both wanted children, we ought to get cracking.”

Abigail underwent her own fertility tests which didn’t flag up any issues and the couple were referred for NHS funded IVF treatment.

They had an appointment at Bourn Hall Clinic to discuss treatment.

Many options for male infertility

Mr Oliver Wiseman, Consultant Urologist and specialist in male fertility at Bourn Hall, explains that carriers of CF may have no symptoms of the disease and are able to produce healthy sperm the absence of a vas tube means that sperm are unable to leave the testicle to reach the ejaculate.

“Surgical sperm retrieval can be used to find sperm either in the epididymis, where sperm is stored, or from immature sperm in tissue.

“To ensure the sperm sample is used efficiently, a procedure called intra-cytoplasmic sperm injection (ICSI) is usually offered where the best sperm are selected and injected directly into the collected eggs. The fertilised egg is then transferred to the woman.”

Abigail comments: “I felt extremely grateful that IVF was available as an option to us as it was going to be the only way that we might conceive. I also suddenly became acutely aware of how flippant people can be when they are talk about having babies. Unless infertility affects you or someone close to you I think it is difficult for people to understand what it is like.”

The first attempt was not successful and Abigail started to bleed two days before the test date; the couple were devastated. After waiting a few months, they tried again and the test was positive. When Ash found out at the 20-week scan that the couple were expecting a boy, he was over the moon; he had always dreamed of having a son. Zach was born at Ipswich Hospital on November 17. 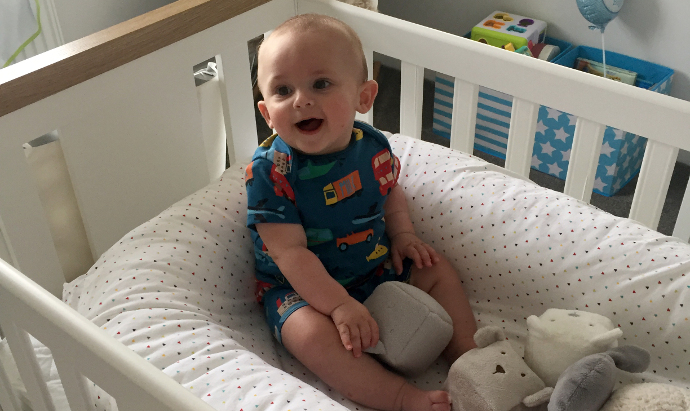 “Ash was overjoyed when Zach was born,” says Abigail. “He isn’t normally an emotional person but even now when he is talking about Zach his eyes well up. He cannot believe it.”

“Father’s Day means the world to me now I can celebrate being a Dad,” smiles Ash. “Spending the day with my son will be amazing and I feel very fortunate to be in this position. We’re so grateful for the NHS funding and to Bourn Hall for our treatment.”

Eighty per cent of couples will become pregnant within one year of trying, so if you have been trying for a baby for longer than this it is recommended that you seek advice. On June 24 Bourn Hall is hosting a free fertility roadshow in the Player’s Lounge at Colchester United’s stadium.

The event is open to anyone wanting to find out more about their own fertility and includes a mini consultation. For more information about the event or to book a free place please visit the event page here.