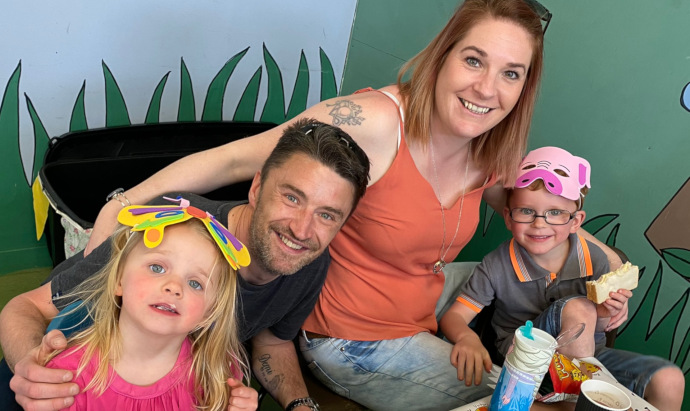 “When I was growing up I had never been that bothered about having children but then when I was 25 I met and fell in love with Matt and saw how great he was around his nephew and niece and it made me re-assess things,” says Tanya, aged 39, from Milton Keynes.

“I got on really well with Matt’s niece in particular, she was lovely, and I think having that connection with children made us think about having our own family and we started talking about it more seriously.

“Three years after we moved in together I came off contraception, we were happy with each other and took the view that ‘if it happened it happened’. But then nothing did happen and so after we got married a year later, in 2012, that is when we started ‘properly trying’.

“After that, when I still didn’t get pregnant, I went to the GP and had some tests and then we were both referred to Milton Keynes Hospital and tests revealed that I had an under-active thyroid.”

An under-active thyroid can affect a woman’s ovulation patterns and Tanya was prescribed Levothyroxine and told to monitor her ovulation.

“It was a surprise I had an under-active thyroid, I wasn’t aware I had any symptoms,” says Tanya. “I know they say that tiredness can be one but I didn’t feel any different after I started taking the medication, I still take it now and I don’t feel any different, so I don’t know, I wouldn’t have had a clue.”

Tanya and Matt carried on trying to conceive naturally, whilst monitoring Tanya’s ovulation, but they still didn’t get pregnant and the hospital advised them that they had ‘unexplained infertility’ and that their next step would be IVF.

AMH (Anti-Mullerian Hormone) is a substance produced by small ovarian follicles and in natural conception one of these follicles will mature to become an egg. Measuring a woman’s AMH blood levels gives an indication of her remaining egg supply (or ovarian reserve). Generally an AMH level of more than 5.4pmol/l is needed for NHS treatment)

Tanya continues: “In order for us to be referred for NHS-funded IVF my AMH levels needed to be within a certain bracket (and when it came to getting a referral my AMH levels just ‘fell out’ of the required levels. The hospital kept testing and testing but it just didn’t hit the right level again. It was a shame because I was literally a tiny amount and they said ‘well we have got to set the boundary somewhere’ and so we were told that we wouldn’t be eligible for funding.”

“We were both in our thirties by this point and I was beginning to feel the clock ticking,” says Tanya.

“Although I hadn’t felt that maternal when I was younger, I had come to realise over time how much I did actually did want a baby, and was now faced with the prospect that I might not be able to.”

Choose Bourn Hall for its reputation 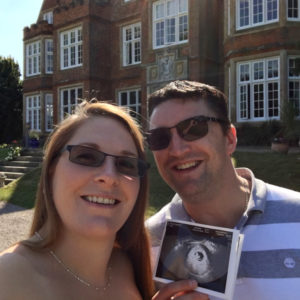 Bourn Hall provides NHS-funded IVF treatment to patients from Luton and Bedfordshire, (and other counties) and also self-funded treatment. Its Cambridgeshire clinic is less than an hour’s drive from Milton Keynes.

The couple got in touch with Bourn Hall at the end of 2014.

“We chose Bourn Hall because they were IVF pioneers, they set up the world’s first IVF clinic, and they had the best reviews,.” says Tanya. “Age wasn’t on our side and if we were going to have to fund ourselves we wanted to throw everything at it and go to the best place.

“It wasn’t that far for us to drive and when we got there it was just the most beautiful place, stunning, and everyone made us feel so comfortable and welcome, we were really happy we had chosen them.”

Tanya and Matt’s treatment at Bourn Hall involved a process called IMSI (Intra-cytoplasmic Morphologically Selected Sperm Injection). IMSI is a technique which involves the embryologist viewing the sperm at very high magnification through an inverted microscope to select the best for injection in to an egg.

“We had nine embryos which made it to blastocyst and we had one transferred and four were good enough to freeze,” says Tanya.

“The fresh embryo transfer didn’t result in a pregnancy and we were gutted. We had thought that the embryo would be put in and would ‘stick’ and I would be pregnant but it didn’t so that was really hard for both of us.

“The second time Bourn Hall transferred two frozen embryos and neither of them took, it was a really worrying and stressful time. When having a baby is constantly on your mind everywhere you look are pregnant women and babies, it is horrible. It becomes all-enveloping, it consumes you. 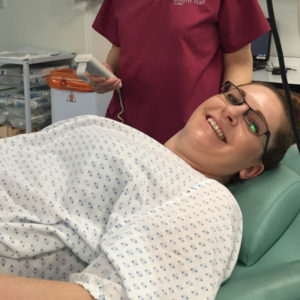 “We were not hopeful going in for our third attempt, our second frozen embryo transfer. Bourn Hall had used the better graded embryos first and the two remaining ones were not as highly graded. So we were amazed when I got pregnant! It was the best feeling ever but I was so scared of something going wrong I took a pregnancy test every day for ages!

“I was really aware of fertility declining after the age of 35 and Matt and I knew that we wanted to try for another baby so literally six months after we had Ethan we started talking about having more IVF.

“We had used an Access Fertility package for our previous treatment at Bourn Hall and went through them again for our sibling treatment.”  Access Fertility offers a number of funding packages and many provide a money-back guarantee if the treatment is ultimately unsuccessful.

“I was conscious that I was a bit older this time around but I produced the same number of eggs that I did with my previous treatment and after IMSI and blastocyst we had two fresh embryos transferred and four were frozen.

“We definitely didn’t expect the sibling treatment to work first time. But it did, I had got pregnant straightaway, it was amazing. When we went for our 7 week scan at Bourn Hall we were told that both embryos had taken but that one of them had gone. So that was a bit sad, it was sort of bittersweet. We could see on the scan there were definitely two sacs but only one heartbeat. 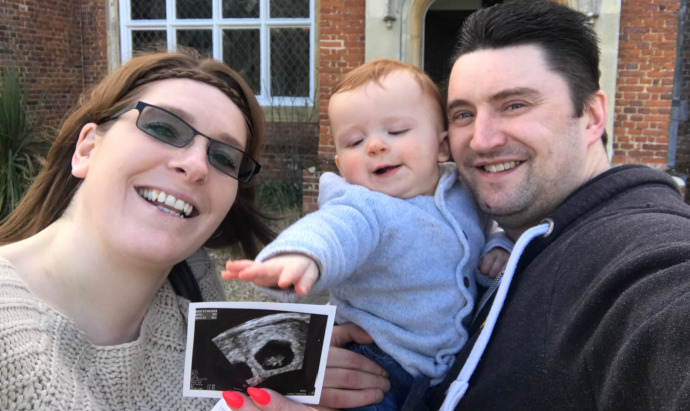 “Our daughter Demi was born on 29 October 2018, 19 months after Ethan. It is absolutely lovely having a boy and a girl and I feel so lucky after having gone through what we have.

“We would one hundred per cent recommend Bourn Hall, I wouldn’t have gone anywhere else, after we had Ethan we were always going to go back there and the Access Fertility packages ticked all the boxes, I can’t fault them at all. 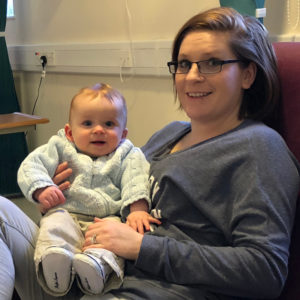 “The staff were all lovely, the consultants were fantastic at the beginning explaining the whole process and then the nurses and the embryology team too, every department every step of the way, every person we dealt with along the way, they have all been amazing and so supportive and knowledgeable. And they made us feel good even when the IVF didn’t work, without their support it would have been really hard to deal with.

“And the travelling for us from Milton Keynes was good, the roads were fine pretty much at any time, we even drove there in the snow one time, it didn’t bother us at all, I think when you are working towards something that you have been longing for for so long you don’t even think about it.

“It also helped that my employer has been amazingly supportive throughout my IVF and parenthood journey, I work in IT support for a large company and was given paid time off to go to all of my Bourn Hall appointments. They let me work flexibly now so I can do the school run and I would never leave my job, I want to do everything for them because they have done so much for me. It was nice because I felt that my managers were sympathetic to my situation and were supporting me and Matt in achieving our goal of having a family.” 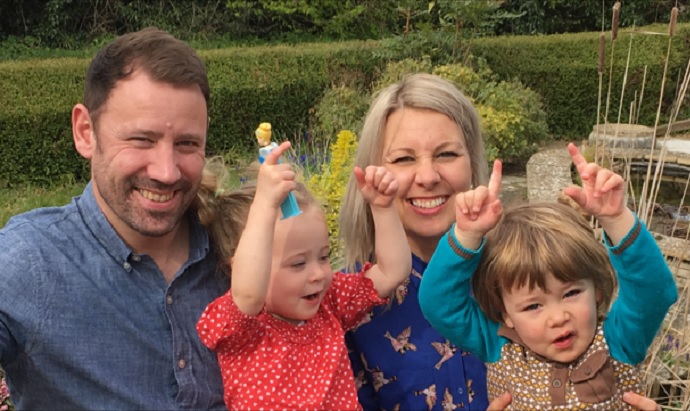