Carefully monitored OI treatment with Clomid made it easier for Ellen to predict when she was fertile, resulting in a natural pregnancy

“I had very irregular periods and it was hard to know when I was fertile,” she says, “and my husband Mark works at Heathrow Airport so the windows of opportunity were quite slim!”

Ellen grew up abroad and worked as a wildlife guide in Africa until 2007 when she moved to Norfolk to study at the University of East Anglia. It was her intention to return overseas once she had completed her degree but fate intervened.

Ellen fell pregnant naturally but sadly miscarried at 11 weeks. They tried to conceive again but after a year of trying and no pregnancy they went to their GP.

“I was referred by my GP to a specialist fertility clinic in King’s Lynn run by Bourn Hall where a scan revealed that I had PCOS,” says Ellen, who is 39. “I was then told that there were a number of ways they could help”.

For couples who are trying to conceive, regular ovulation – when a ripened egg ready to be fertilised is released from the ovaries – is really important as it signals the 3-4 days a month when a woman is at her most fertile. PCOS disrupts ovulation and a symptom is irregular periods. When a woman isn’t ovulating regularly, fertility drugs can be prescribed to boost her natural fertility and increase the chances of conception. Bourn Hall put Ellen on a course of Clomid to induce her ovulation and monitored her regularly.

“This meant that I could predict a lot better when I would be fertile,” says Ellen, “and on those days Mark made sure he was home nice and early for a romantic dinner…”

The ‘romantic dinners’ (and the Clomid) clearly worked as Ellen fell pregnant and nine months later in December 2016 gave birth to son Arthur at the King’s Lynn Queen Elizabeth Hospital.

“The painful bit of labour only lasted a couple of hours and I managed to get through on gas and air,” Ellen laughs. “Arthur is a healthy and happy boy and being a mum is absolutely fantastic. I just feel warm all over when the three of us are having a hug. We still can’t believe that such a wonderful little boy is ours for keeps.”

Bourn Hall has provided NHS funded IVF for many years and in July 2019 it also gained NHS qualified provider status to offer a  Fertility Diagnosis and OI Treatment Service, which is free on a GP referral, to help couples get pregnant sooner. 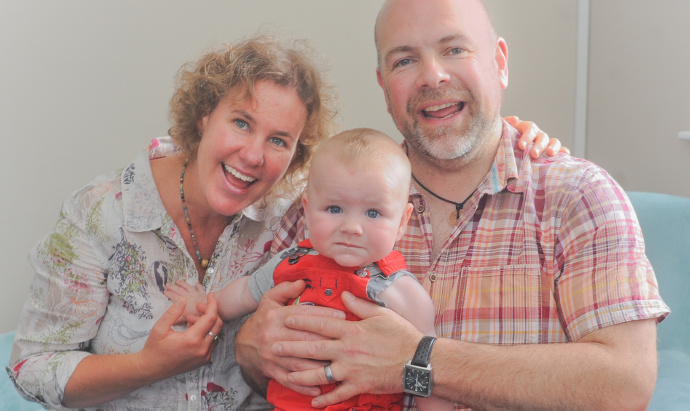 Ellen and Mark with Arthur in 2017 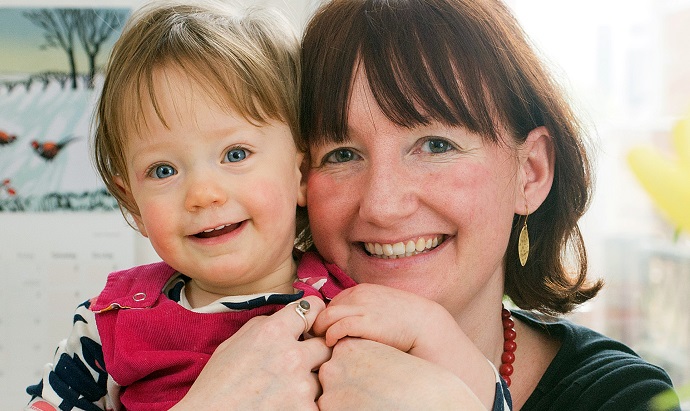 Biological clock ticking, Abigail felt she had no time to wait