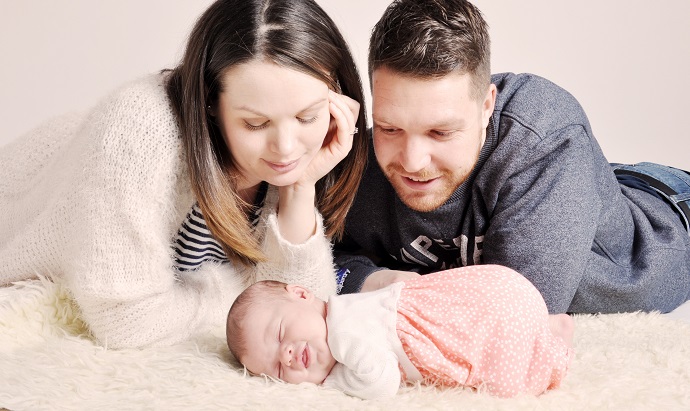 After a football accident as a teenager, it was thought unlikely that Matthew would ever father children. His daughter Ava was born in January 2015.

Gemma and Matthew knew from the beginning that having a family wasn’t going to be straightforward for them, as Matthew suffered a football accident when he was younger.

“At the age of 14 my GP told me that I would not be able to have children,” explains Matthew. “At the time it didn’t really matter to me – I was so young – but having become an adult and seeing our friends become parents my perspective has changed.”

Having been introduced by a friend, Gemma and Matthew started seeing each other in 2010 and after a year began trying for a baby. However, Matthew thought the likelihood of being a father was nearly impossible.

A visit to the GP

Gemma says: “Initially we were optimistic and hoped we might conceive naturally so we tried for eight months, but looking back, that time was more about us realising we needed to see our GP and get help if we ever wanted a chance of having a baby.”

Usually if a young woman has not conceived naturally within 18-24 months of regular unprotected sexual intercourse, she and her partner would be advised to see their GP to initiate tests. If there is a definite cause for the infertility, such as identified male infertility, then a couple can be referred sooner.

Gemma continues: “It was upsetting to realise we needed help but our GP was good and referred us straight away for investigation.”

The couple’s tests showed that Matthew was not infertile but had a low sperm count with low motility and so they were referred for NHS funded infertility treatment.

“From the list of clinics we were offered we chose Bourn Hall for its great reviews, experience in dealing with male infertility, and location,” says Gemma.

The couple’s first consultation was at the Cambridge-based clinic in autumn 2013. Their consultant discussed the various male infertility procedures available to them, including intracytoplasmic sperm injection (ICSI), where a single sperm is injected into the centre of each mature egg to help fertilisation occur. Of the resulting embryos one or two are then transferred to the womb in the same way as during an IVF cycle.

Gemma subsequently began a course of hormone injections to help stimulate her egg production and went to the local hospital for the routine scans of her growing eggs, as this was nearer to visit when  fitting in around work. Her results were then passed on to Bourn Hall where the specialist fertility nurses would advise Gemma on the dosage of her hormone drugs.

In December 2013, at the Cambridge Clinic, Gemma’s eggs were harvested and fertilised with Matthew’s sperm using the ICSI procedure.

Gemma returned a few days later for the embryo transfer but unfortunately she did not become pregnant on the first ICSI cycle.

“We were devastated,” recalls Gemma, “but thankfully we had two embryos frozen so we could try again.”

Worried that their second attempt might also fail, Gemma took her pregnancy test at 5:00 am so Matthew could be present to support her and know the result before leaving for work.

Fortunately the test was positive: 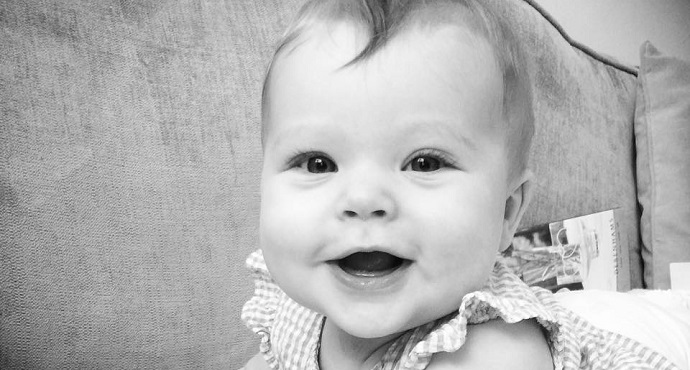 “19th May 2014 is etched in my mind as the result was positive!” says Gemma. “I was overwhelmed with happiness and excitement as well as disbelief that we might become parents.”

Matthew adds: “I felt unbelievably happy and shocked. It was an incredible feeling seeing the positive pregnancy test and knowing I was going to become a dad.”

After suffering some initial morning sickness the rest of Gemma’s pregnancy went well and Ava was born on 31st January 2015.

“Having Ava is absolutely amazing,” says Gemma. “To go from thinking you can’t have a baby to then having your own in your arms is incredible. The journey was scary at moments, such as when I had to take the injections, but it was totally worth it!

“The staff were lovely and I can only say positive things about Bourn Hall. We would certainly choose them for any future treatment which would now be self- funded as we are no longer eligible for NHS funding now we have a baby.”