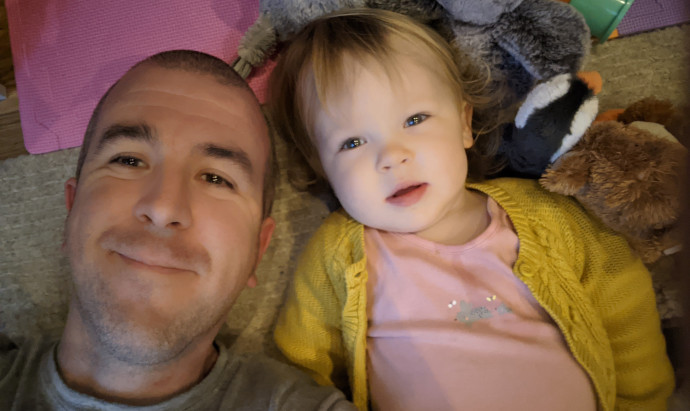 A recent BBC documentary, Rhod Gilbert: Stand up to Infertility, shone a light on male infertility and the taboos which still exist around the subject. Former Bourn Hall patient Matt found that opening up to friends and family played an important part in his journey to becoming a Dad.

Matt was shocked to discover that it was male factor infertility which was standing in the way of him and his wife Laura having a baby – and initially put on a brave face to people around him. It was only when the stress of keeping his feelings to himself started to take its toll on his mental health that he opened up – and he is now urging other men in this position to do the same.

Matt says: “When the fertility results first came back and it was an issue with my fertility, I have to admit it hurt a lot. The results were pretty bad, and it came as a shock. I didn’t really want to talk about it, felt guilty and quite depressed.

“I think that our culture dictates that men shouldn’t talk about their fertility openly. I’ve got plenty of really close mates but it feels almost like a taboo to talk about it down the pub. The default is to laugh it off with a bit of banter and bit of humour which alleviates the glumness, but sometimes you do need to talk to someone.”

In a recent study by researchers from De Montford University 41 men who had received a male factor infertility diagnosis highlighted the enormous impact on their emotional and mental health – with more than 90 per cent saying it had a negative impact on their wellbeing and self-esteem. Common themes which came up were feeling depressed, lonely, anxious about a future without children – even suicidal – yet nearly 40 per cent had not asked for help.

Matt now recognises that not initially talking about how he felt had a damaging impact:

“My nature isn’t to worry about what people think, but I just couldn’t bring myself to open up about it with anyone,” he says. “I am not going to lie, it really took its toll on me and my close friends could see that I had changed.”

“Once I did start talking to close friends and family it really helped. Now, I don’t think there is anything to be ashamed of or embarrassed about.” 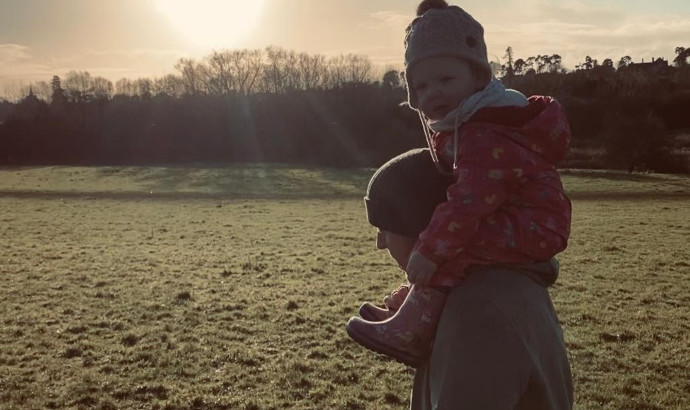 Happily Matt and Laura are now parents to 22-month-old Elle after successful IVF treatment at Bourn Hall Clinic in Cambridge, and Matt is keen to use his own experience to help others.

He recently co-hosted a webinar on male infertility, organised by Bourn Hall, where he talked in depth about his emotional journey to fatherhood. Hosting the event alongside Matt was urologist and Bourn Hall male infertility expert Oliver Wiseman who explained what a semen analysis test reveals, how men can improve poor sperm quality and what treatment options are available.

“Now that I am a dad I would really recommend talking,” says Matt. “Society sometimes dictates that men are not allowed to share their feelings and get off their chests what is really bugging them. At the end of the day male factor infertility is not a failure it is not a deficiency, it is just physically how you are built and there is nothing to be ashamed of. I found that as the emotional toll crept up on me I wasn’t short or snappy I just became a lot more withdrawn and I think that if you recognise those signs in yourself or other people it is definitely important to start a dialogue because at the end of the day there are options out there and it will get better.”

You can watch Matt speak in Bourn Hall’s free webinar ‘Its a game of two halves: Tackling male infertility’ by registering for an on-demand recording. 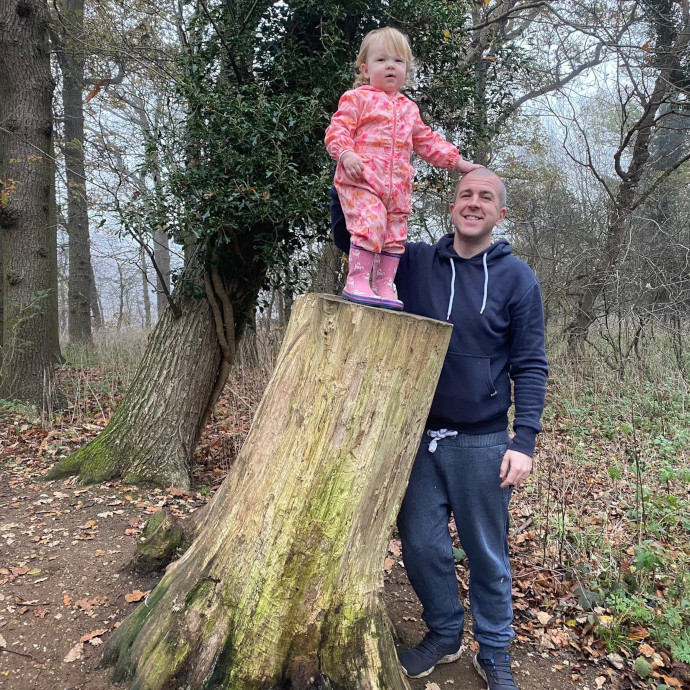