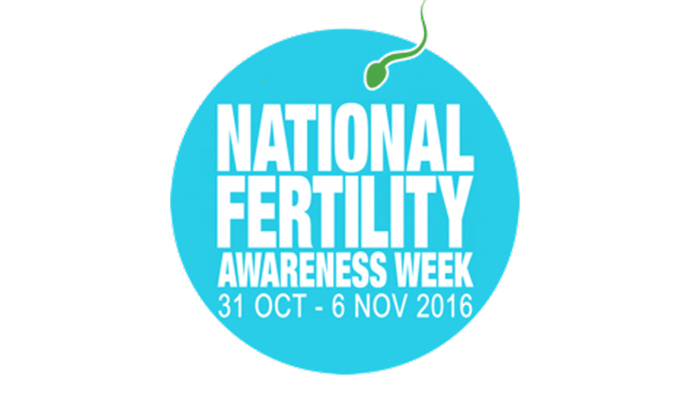 Bourn Hall is emphasizing the importance of getting good advice as part of National Fertility Awareness Week, from 31st October – 5th November.

Dr Nikolaos Polydoropoulos, Fertility Specialist and Lead Clinician at Bourn Hall Clinic Cambridge, says: “There are many reasons for recurrent miscarriage and still much we don’t know, but getting you and your partner fertility fit is really important. As an overall figure, 80% of couples will become pregnant within two years, but as fertility decreases with female age, he suggests if you have been trying for longer than a year then you should seek advice.”

When Donna was 21 the couple were pleasantly surprised when they found out that she was unexpectedly pregnant. “I was nervous but happy; we hadn’t been trying for a baby at that point,” she reveals. “Then at six and a half weeks I miscarried and I surprised myself at how upset I was.

She was referred to hospital and the consultant urged her to make some serious lifestyle changes.

“I had been smoking since I was 12,” confesses Donna, “and I was carrying too much weight. I suddenly realised that if I really wanted a baby I was going to have to do something about it and a new-found determination really kicked in.”

Within a week Donna successfully quit smoking and over the course of the next year she lost two stone in weight.

“My eating habits had not been healthy,” says Donna. “I didn’t actually eat very much but I sometimes went all day without eating anything and would then have a heavy meal or takeaway in the evening. My body was then storing up all the fat I put into it late at night. I joined a slimming group and realised that it was better to eat far more regularly and that jacket potatoes and pasta were just fine. I ate more than I had ever eaten before, lost weight and never felt hungry!”

When Donna went to see her GP a year later the results of her lifestyle changes were evident: “Ideally I should have got my BMI down to 30 but it was 31 and the GP could see how much effort I had put in so he referred me back to hospital.

“The consultant at Hinchingbrooke was really pleased with my progress and referred me for fertility treatment at Bourn Hall Clinic.”

It was then that an ultrasound picked up that Donna had possible signs of Polycystic Ovary Syndrome (PCOS), although she had not experienced any of the classic symptoms.

PCOS affects about 1 in 5 of women and is a common cause of infertility. PCOS can cause weight gain and women with the condition who are obese have an additional risk while pregnant of pre-eclampsia, gestational diabetes, high blood pressure and miscarriage.

Other common symptoms can include irregular or absent periods, acne and mood swings, but many women don’t have any symptoms. If left untreated and unmanaged this can lead to further health complications such as heart disease and diabetes so early diagnosis is beneficial.

It is thought that the hormones that control ovulation are disrupted in women with PCOS. The mature egg is not released from the ovary each month but instead remains trapped on the surface. When the ovaries are scanned these ‘bumps’ can be seen quite clearly, giving PCOS its name (although to be accurate the ‘cysts’ are actually trapped follicles).

Over 50 per cent of women diagnosed with PCOS are overweight or obese, says Dr Polydoropoulos: “Studies have shown that a six-month managed weight loss diet for women with a BMI of 29 or over is particularly successful for kick-starting ovulation.”

In a study by University Medical Centre in Groningen, women lost 4.4kg on average and 28% of the women whose ovulation was restored after weight loss became pregnant.

Dr Polydoropoulos explains that a fertility test is used to diagnose PCOS: “It is possible to scan the ovaries to check for trapped follicles and also to test the levels of hormones that are important in ovulation and egg supply.

“Making some lifestyle changes, such as eating a more healthy diet and exercising, can really boost natural fertility. There are also drugs, such as Metformin, that can lower glucose and insulin levels,”

Bourn Hall is hosting a Fertility Fayre on 5th November, which will bring together a range of experts to help provide this support.

If weight loss or medication fails to boost ovulation, IVF can help if the woman’s BMI is less than 35. Fertility drugs stimulate the ovaries into producing a number of eggs, which are collected, fertilised outside the body and the resulting embryo transferred to the womb.

Donna remembers the agonising two-week wait to see if she was pregnant.

“When I took the pregnancy test and it was positive it felt like everything I had ever wanted,” says Donna, “but then panic set in and I worried that the pregnancy wouldn’t last.”

Donna opted to have some extra scans at Bourn Hall during her pregnancy for reassurance that the pregnancy was going to plan. “The 4D scan was fantastic; we saw the baby moving around and holding his hands up to his face. He was a real baby and reality really hit,” laughs Donna.

Baby Ronnie was born after a 25-hour labour and he spent three days in the special care baby unit after a forceps delivery. “When I was told after day three that we could take Ronnie home, that is when everything hit me and I completely broke down,” says Donna.

“His birth had all been a bit dramatic and suddenly as we wheeled him out of the special care baby unit I thought ‘Oh my God, he’s my baby and we are taking him home!’ – I started bawling my eyes out!”

30-year old Donna still has to pinch herself. “I still look at him and cry sometimes,” she says. “I cannot believe he is mine. Now that I have got him he is a dream come true. Chris and I look at each other and say ‘We did it!’ We are so lucky the treatment worked first time.

“I can honestly say that Bourn Hall made our dreams come true. The staff there made us so welcome and were so wonderful; we owe them everything for the life we have now with Ronnie.”

To other couples Dr Polydoropoulos is encouraging: “If you and your partner need to lose some weight, then do it. Improve your nutrition, control alcohol intake and smoking and take gentle exercise – this is the best way to enhance fertility and it doesn’t require any medical intervention. Also seek professional advice early, as fertility testing will give you a clearer idea of any underlying issues and there are different treatment options to try. IVF is only required in a small number of cases, but success rates for those with PCOS are good.”

Bourn Hall Clinic is hosting a Fertility Fayre on 5th November at the Cambridge Clinic just outside the city to coincide with Fertility Awareness Week. The Fayre will offer a range of wellbeing advice from health support groups as well medical advice on aspects of fertility and treatment.

Sources of help and advice about PCOS can also be found at www.verity-pcos.org.uk.