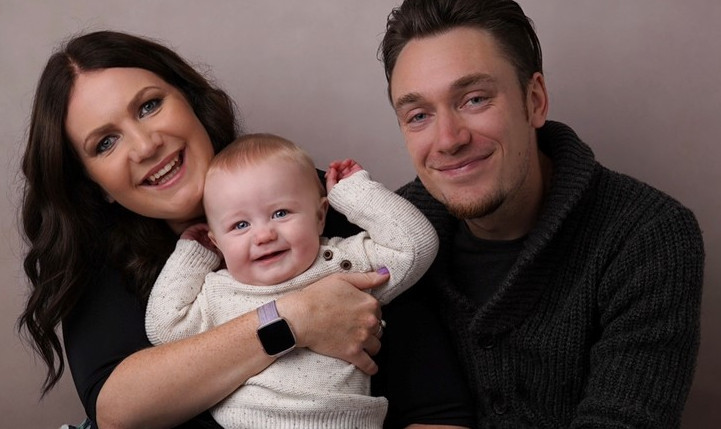 A postman from Bedfordshire who spent years delivering Father’s Day cards to other people whilst going through the heartache of not being able to have a child of his own is looking forward to spending Father’s Day this year with his very own ‘special delivery.’ 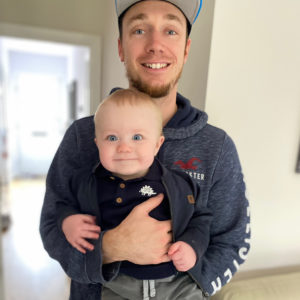 Speaking ahead of Father’s Day, and now a proud dad to one-year-old son Hendrix, Dan, aged 33, says: “Being a Dad is something that I had always wanted but as time went on thought might never happen.”

The impact of miscarriage on the male partner is often overlooked by friends and family.

Dan and his wife Sarah initially thought that they were well on the way to parenthood when they conceived naturally after just two months of trying – but then fate dealt them a cruel blow.

The couple were devastated when Sarah had a miscarriage and it took them another two years to find the courage to start trying again. Sadly, Sarah went on to have two further pregnancies which ended in miscarriage – and after that the couple were unable to conceive again naturally.

Dan says: “The whole experience really took its toll on me emotionally. There were times during our journey when I thought I would never get the chance to celebrate Father’s Day. As each year passed, becoming a Dad felt further and further away.”

After the couple’s third miscarriage and a year of being unable to conceive again they were told that they would be eligible for NHS-funded IVF treatment at Bourn Hall Clinic in Cambridge after diagnostic tests revealed that Sarah had a blocked fallopian tube.

Bourn Hall is the world’s first IVF clinic and treats both NHS and self-funded patients from across the East of England. 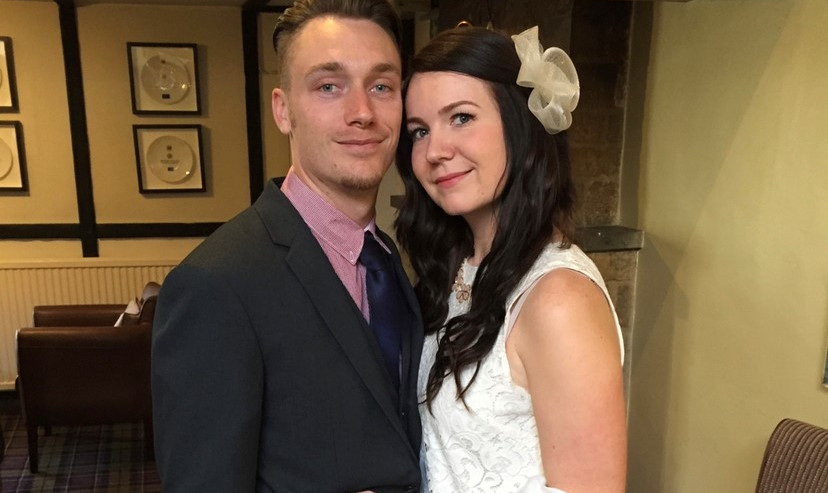 At last Dan allowed himself to feel more optimistic. “We were so excited,” he says.

IVF involves stimulating the woman’s ovaries to produce eggs, which are collected and mixed with her partner’s sperm in the embryology laboratory. The resulting embryos are graded to determine which would have the best chance of success when transferred to the womb.

“We ended up with eight fertilised embryos, three of which were A grade top quality,” says Dan. “One was transferred to Sarah and we had two to freeze.

“I will always remember the day that we went in to Bourn Hall for the embryo transfer. It was Saturday 15 June 2019, just a day after our wedding anniversary and the day before Father’s Day.

“We couldn’t believe our luck when ten days later the pregnancy test showed up two lines.

“We knew that because of everything we had been through we needed to get beyond the ‘getting pregnant’ bit, so were apprehensive but we did have hope. We somehow knew that this time would be different. Bourn Hall had given us our confidence back.

“The next nine months seemed to go in slow motion as I was so desperate to meet our little miracle.”

The couple’s son Hendrix was born on 1 March 2020 – three weeks before the first lockdown.

“He was completely perfect. I was so proud of Sarah,” says Dan.

“We had waited so long for him and had been through so much pain and now he was here and there are no words to describe what a perfect moment it was. He just lay there and we couldn’t stop staring at him, it was perfect. We just felt the most overwhelming feeling of love.”

This year as Dan completes his rounds delivering Father’s Day cards he knows that when he gets home there will be a card waiting for him too.

“Father’s Day now has a completely different meaning for me, I love it!” he says.