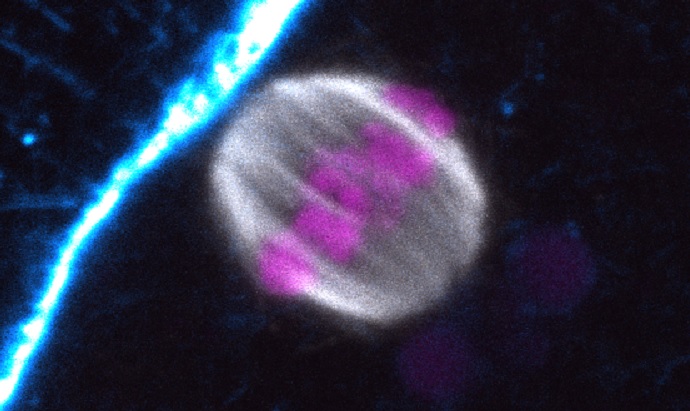 Eggs that fail to mature and develop correctly are a common cause of miscarriage and infertility in older women. The reasons behind this are not clear, and are now being investigated in a new research laboratory at Bourn Hall Clinic in Cambridge – the first laboratory in Europe to use a new light sheet microscope that can take images of live, developing human eggs1.

Martyn Blayney, Head of Science at Bourn Hall, says: “Miscarriage is heart-breaking at any age and women in their late thirties and older have less chance to have a successful pregnancy. Research that helps explain how the processes work will allow us to develop and improve tools and techniques for helping these women conceive.”

Dr Melina Schuh, a Director at the Max Planck Institute for Biophysical Chemistry in Göttingen, Germany, has established the lab at Bourn Hall to continue work she began in 2012 at The Medical Research Council Laboratory of Molecular Biology (MRC LMB) in Cambridge. The results of the initial research were published in 20152 and 20163, in papers co-authored by Martyn Blayney and Dr Kay Elder of Bourn Hall.

A woman’s ovaries contain eggs in ‘suspended animation’ from birth onwards, and therefore some eggs are more than 40 years old when they are released during the menstrual cycle. As women age, their eggs accumulate damage associated with a risk of infertility, miscarriage and congenital syndromes, such as Down’s Syndrome.

The reasons why this happens are unclear; Dr Schuh explains how research has provided new insights into some of the mechanisms that may lead to problems:

“We have established techniques that now allow us, for the first time, to follow live human eggs as they develop, and to investigate what causes the decline in egg quality as women age.”

Dr Schuh appointed Bianka Seres, a senior PhD student and embryologist, to set up the lab and continue the work at Bourn Hall.

Human eggs are highly sensitive to light, and one of the biggest challenges of live imaging for long periods is to reduce the amount of light exposure. Bianka, now based at Bourn Hall, is optimising a new technique called light sheet microscopy1.

This technology allows the sensitive samples and rapid biological processes to be examined with minimal exposure to light: a ‘sheet’ of light illuminates one single plane of the sample at a time, and the images are built up to create a 3-D reconstruction of the egg. The process is fast enough to capture changes in real time, yielding an animation that reveals biological processes within a cell in very high detail.

Eggs and sperm develop through a specialised cell division called meiosis, during which chromosomes are pulled apart by a cellular structure known as the ‘spindle’. Each egg and sperm cell then contains one-half of the chromosomes required for an embryo.

Dr Schuh’s research revealed key mechanisms that lie behind the relatively frequent abnormalities found in human eggs: the team demonstrated that the spindle structure pulling the chromosomes apart is much more fragile in human eggs than in other species. The fragile spindle cannot capture the chromosomes with high precision, and this can result in errors when the chromosomes separate. They also observed that chromosomes in eggs from older women have a tendency to disintegrate and separate too early, so that they are released during ovulation with an incorrect number of chromosomes (aneuploidy).

If these eggs are fertilized, the resulting embryos will also have an incorrect number of chromosomes; severe chromosomal errors will either prevent implantation or cause early miscarriage. This is one of the reasons why it is more difficult for women to conceive as they get older.

Bourn Hall Clinic was co-founded by IVF pioneer Professor Robert Edwards in 1980 and has a long-standing history of research into reproduction. Dr. Kay Elder, who is a Senior Research Scientist at Bourn Hall and worked closely with Prof. Edwards for many years, says: “This is a fulfilment of Bob’s hopes and dreams when he co-founded the clinic; setting up a research lab with state-of-the-art technology was always a part of his vision.”

The new lab, a satellite to Dr. Schuh’s Department of Meiosis at the Max Planck Institute in Germany, is funded by the Max Planck Society, together with funds from the prestigious Lister Research Prize, which she was awarded in 2014.

Patients undergoing IVF at Bourn Hall who have immature eggs not suitable for treatment may donate these eggs for research so that they can be studied with powerful microscopes. This research is vital as human eggs are very different to other mammals.

She explains: “Human meiosis is very error prone. Since humans have a long lifespan and relatively few progeny, in evolutionary terms it may not be a problem if one in four eggs fail to give rise to a viable embryo. For mice this rate of failure would have a much greater impact, and they have developed additional mechanisms that help the spindle structure to assemble faster, making meiosis more reliable and accurate.”

About Dr Melina Schuh, Director at the Max Planck Institute for Biophysical Chemistry

She is an EMBO Young Investigator, EMBO member and a recipient of the prestigious 2014 Lister Institute Research Prize, awarded annually to three or four young researchers in the UK to support and nurture quality research in biomedical or related biological sciences. She also gained the 2014 Biochemical Society Early Career Award, the 2015 John Kendrew Young Scientist Award and the 2016 Binder Award. 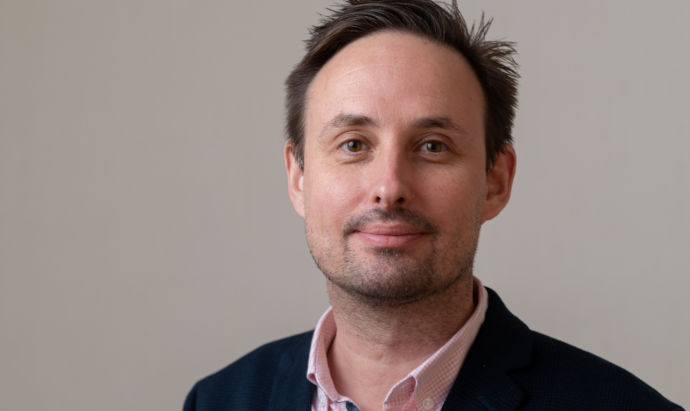