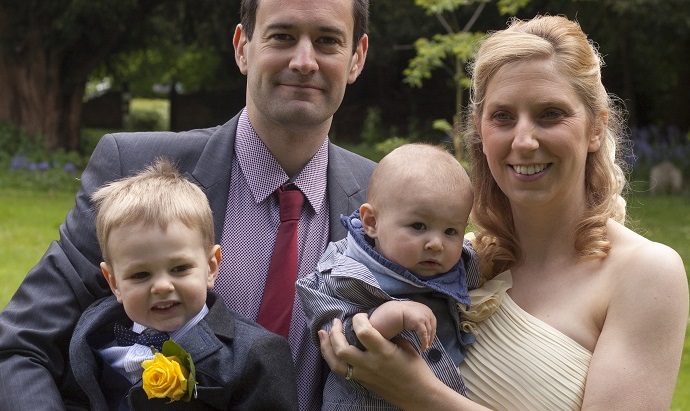 At age 16, Louise was told that she had premature ovarian failure. With the help of an egg donor, she and husband Richard now have two children.

Louise was determined that a diagnosis of premature ovarian failure and a waiting list for egg donors wasn’t going to prevent her and husband Richard from starting a family.

Louise was just 15 when, in 1996, her consultant told her she had premature ovarian failure and would need an egg donor if she ever wanted to have children. At the time she decided she would prefer not to have children than to use a donor’s eggs.

“At the time it didn’t really have an impact on me,” says Louise. “I was just 15. My mum was more affected by the news, she burst into tears in the consultants’ room.”

A change in outlook

However nine years later, at a BBQ in 2005, Louise met Richard and soon found herself wanting to settle down and start a family. “That is when it finally hit me and the prospect of not having a family of my own made me very sad,” she says.

They married four years later and knowing that they’d need donated eggs they went to their GP to ask about fertility treatment. They were referred for NHS treatment and given a list of possible providers and chose Bourn Hall Clinic as it has its own egg sharing and donation programme.

“As well as the Cambridge clinic being such a calm, peaceful environment, we knew Bourn Hall Clinic had its own egg sharing programme, which some of the other providers didn’t have,” says Louise. “We signed up immediately to the waiting list knowing that it could be two years or more before we got our chance.

“Due to the uncertainty of how long we might have to wait and terrified that our one chance might fail and we’d find ourselves back again at the bottom of the waiting list we began looking into other options to finding an egg donor.”

One of which was an egg donor website. The couple were contacted by a woman who said she’d be happy to help them. “The email came out of the blue,” says Louise. “We were over the moon”.

The potential egg donor then had to contact Bourn Hall independently and it was arranged for her to be tested for eligibility.

“It felt like ages whilst we waited to get confirmation that our altruistic egg donor was clear to help us but in reality it was only a few weeks rather than years,” remembers Louise. “We were on cloud nine when we got the ‘ok’ and couldn’t wait to start the IVF process.”

Eggs were collected from the donor in 2012. Having been fertilised by ICSI using Richard’s sperm the couple then had to wait until they got the telephone call to come in for the embryo transfer procedure.

“The egg collection and fertilisation stage were nerve wracking but the embryo transfer was really straightforward and easy,” says Louise.

“Bourn Hall Clinic was very good and rang us every day to update us on the embryos’ development. Six fertilised successfully, however, we were terrified that something would go wrong with these and we’d have zero to be transferred and need to start all over again.”

On day six, and following a discussion with their consultant, two blastocysts were transferred into Louise’s womb and the other four frozen.

Two weeks later it was confirmed that Louise was expecting a baby and after a ‘lovely pregnancy’ she gave birth to Joshua in December 2012.

“We fell in love with him more and more each day,” says Louise. “He was a beautiful baby and now he is a very chatty, bubbly toddler.”

Joshua is also now a big brother to baby Samuel, born in November 2014 after Louise and Richard had self-funded treatment at Bourn Hall using the embryos which had been frozen two years before.

“We wanted a small age gap if possible,” says Louise, “and the process was even easier the second time around. The eggs had already been collected and the embryos were frozen ready and waiting for us.”

After another smooth pregnancy Louise gave birth to Samuel in November 2014 and says that he has just slotted in to their family life perfectly. “It feels as though he was always meant to be here,” she laughs.

Louise and Richard are full of praise for the care and treatment they received at Bourn Hall:

“Bourn Hall Clinic offer a phenomenal service,” she says. “We always knew that if we had a query someone would get back to us the same day. We just wouldn’t go anywhere else.”

Louise is also keen to emphasise to other women thinking of using an egg donor that her own fears about not being biologically related to her children were quickly allayed by her deep maternal instinct and overwhelming love for them:

“I would say to anyone facing the same situation to be open to what the options are,” she says. “In the beginning it was a big concern to me about how I might feel not being biologically related to my children. But I can honestly say that it has not mattered. I have not considered the boys anything other than ours.

“We cannot express how grateful we are to our egg donor. We have been so blessed to have our two boys.  They give us and our families so much joy.”

Also visit our virtual Fertility Fair to find out more and discuss your options. 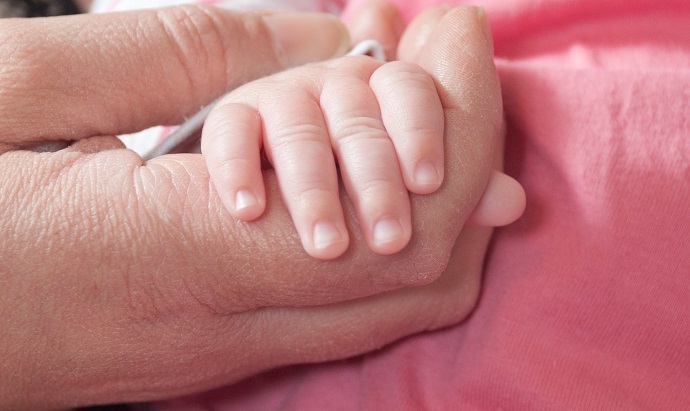 Julie becomes a mum at 40 with sperm and egg donation 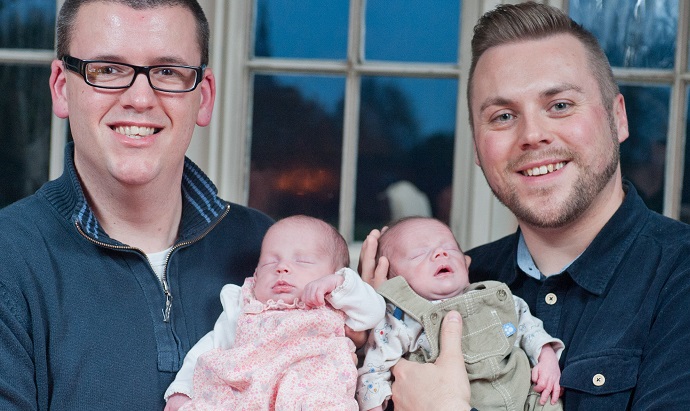 Dads have double reason to celebrate 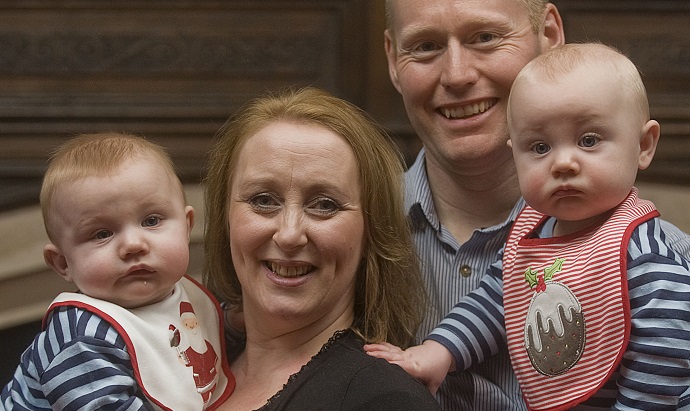