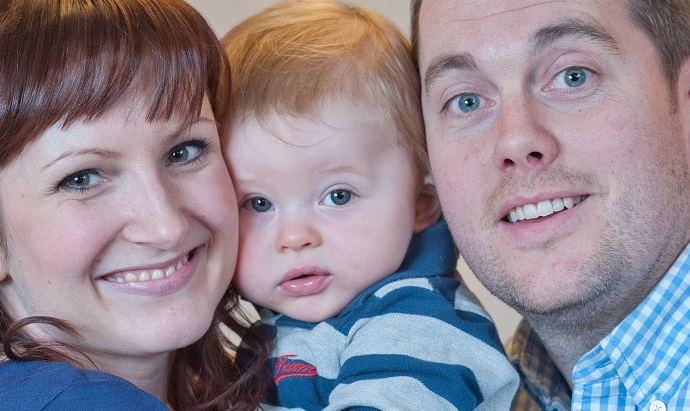 After 10 years of unexplained infertility, childhood sweethearts Cara and Stewart are finally parents following IVF treatment at the Colchester Clinic.

After ten years of infertility, Cara, aged 34, from Ipswich, is a proud mum to baby Adam. He was conceived following successful fertility treatment at Bourn Hall Clinic.

“I have wanted children since I was young and even as a teenager I helped out at an after-school club for young children. 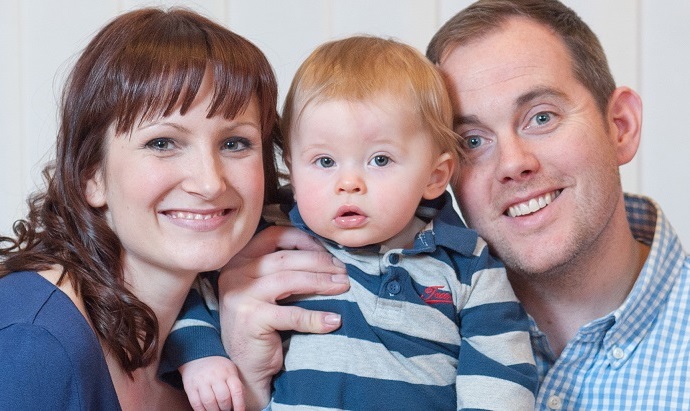 “I thought that I had always managed to hide my feelings about struggling to get pregnant quite well and was taking it all in my stride,” says Cara. “But my mum said to me the other day that she felt that after many years she had finally got her daughter back. I must have been more upset and distracted than I realised.”

Cara and her husband, Stewart, were childhood sweethearts and have been together since Cara was 17. They first started trying for a baby when Cara was 25.

After the couple went to their GP they were referred to Ipswich Hospital and underwent tests, which could find no particular reason for being unable to conceive. As they had been trying for so long (most couples conceive within two years of trying) they were told that their best chance of a baby was to have IVF treatment at a specialist clinic.

The couple chose Bourn Hall Clinic in Colchester and Cara says it was a relief to finally be referred for specialist help, although she felt daunted at the same time. The staff put her at ease immediately and she says it felt as though they ‘held her hand’ all the way through her treatment.

After Cara’s first cycle of IVF her hopes were soon dashed as she started bleeding early after embryo transfer. “I didn’t even get to the pregnancy test stage,” she says. “That was my lowest point. I was grateful to have my two Labradors to cuddle.”

After a six-month wait, which Cara says felt like “the longest time in the world”, she underwent a second round of treatment. Unfortunately this occurred while the couple were moving house.

“The day I had my eggs collected at Bourn Hall we moved house so I had to leave Stewart to get on with the move and go by myself,” she says. “Not many eggs were collected and I was devastated. I sat in our new house and just cried. I kept telling myself though that it only takes one egg to make a baby.”

Cara’s eggs were fertilised using Stewart’s sperm and then kept for a few days in an incubator until they reached blastocyst stage, which is when they have the greatest chance of achieving a successful pregnancy. Two embryos were transferred to Cara’s womb and the couple were delighted to discover two weeks later that one of them had taken and she was pregnant.

“I didn’t feel pregnant,” she says. “I was too scared to get my hopes up but on the day I was due to take my test I couldn’t wait any longer and took the test at 4am. When the result showed up positive I just cried and cried. I was over the moon, I just couldn’t believe it.”

“I have always been maternal. My advice to anyone worried about their own fertility would be to seek help sooner rather than later”.

Nine months later Adam was born and his proud parents are looking to the future with a renewed optimism.