As NHS-funded IVF in Cambridgeshire is reinstated after a four-year hiatus, Hannah, whose NHS-funded IVF treatment at Bourn Hall Cambridge worked first time, shares her story.

“I can’t really put in to words how happy being a mum makes me feel,” says Hannah from Cambridgeshire, who had successful NHS funded IVF treatment at Bourn Hall.  Her son Emmett was born a year before Cambridgeshire and Peterborough CCG suspended NHS funding for IVF.

The decision to reinstate funding means that Bourn Hall will be able resume NHS treatment for Cambridgeshire patients; it has over 40 years of expertise in patient centred fertility treatment with excellent success rates.

In 2017/18 (the year NHS treatment in Cambridgeshire was suspended) 40% of Cambridgeshire patients having NHS funded IVF at Bourn Hall had a baby after one cycle of treatment.

To be eligible for NHS funded IVF patients need to meet certain criteria which are set out by the CCG and the pathway requires a referral from your GP to the local hospital secondary fertility service.  The hospital consultant  will conduct tests and investigations and then refer eligible patients for IVF treatment.

You will need to see your GP to ask about eligibility.

Find out about NHS funding for IVF in the East of England.

Hannah and husband Philip had IVF treatment at Bourn Hall after fertility tests had revealed Hannah wasn’t ovulating properly and that her ovarian reserve was slightly low.

“I was having periods but when I tried tracking my ovulation with a kit it was never very conclusive when I was ovulating,” explains Hannah. “I had been on the contraceptive pill for a long time and I began to wonder if perhaps it had affected my cycles.”

Prior to being referred for IVF Hannah had been put on Clomid by her local hospital to try and boost her ovulation but she had still been unable to get pregnant. “All around me my friends were getting pregnant and I couldn’t understand why it wasn’t happening for us,” says Hannah.

Hannah found this time in her life tough-going.

“I was really busy at work and my Grandad had just died and I did get myself in to a bit of a hole emotionally, questioning stuff and asking myself why I couldn’t get pregnant. It was a hard time for me but I managed to claw my way out,” she says.

When the couple were told that they could be referred for NHS funded IVF they chose to go to Bourn Hall. “One of my friends had been treated at Bourn Hall and said what a nice place it was to go to,” says Hannah.

Once the couple’s treatment began Hannah was still able to continue with her busy life – even going down to London to celebrate her Dad’s birthday the same day that she had her eggs retrieved. The couple carried on as usual for two weeks after embryo transfer. “I had no inkling that I was pregnant,” smiles Hannah. “I didn’t feel different at all, I was just hoping and hoping. I remember taking the dog for a walk and looking up at the sky and whispering “please, please.”

Hannah took a pregnancy test with Philip by her side. “It was positive and I started shaking,” she says. “I then went in to work and one of my colleagues says that she knew that I was pregnant because I just had a different aura around me. Inside I was saying ‘yeeeeess!’”

Focus on the next step

Nine months later son Emmett was born and three years later the couple welcomed a daughter, Rosalie, after further IVF treatment at Bourn Hall which they funded themselves.

“I feel so lucky to have my two children,” says Hannah whose advice to anyone struggling with their own fertility is not to look too far ahead and just focus on the next step.

“I felt so lonely when we couldn’t conceive and didn’t feel that I could talk to people about it,” she says. “It was a tough time but there was light at the end of the tunnel.”

The announcement by the Cambridgeshire and Peterborough CCG on 6th July 2021 said: ‘ The decision has been made to fund one cycle of IVF treatment with up to three implantations of embryos, giving people up to three chances of getting pregnant.’

This means one fresh cycle and if there are any additional embryos created at the same time these are frozen to allow up to two further attempts at pregnancy.  You need to meet the eligibility requirements to access NHS treatment so talk to your GP about your situation.

If you would like advice about your fertility health then Bourn Hall provides a free consultation with a fertility nurse specialist. 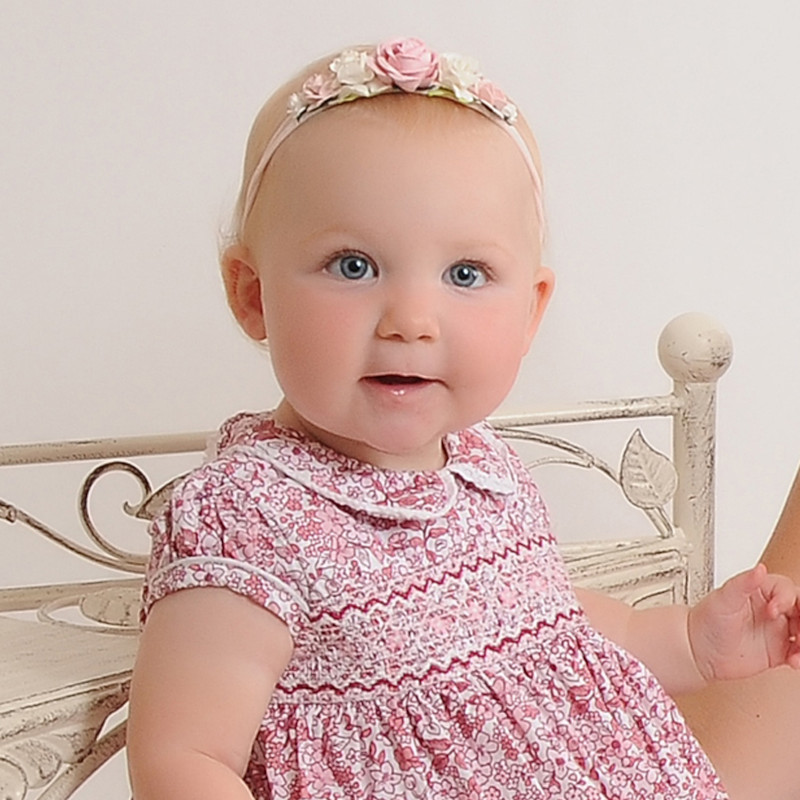 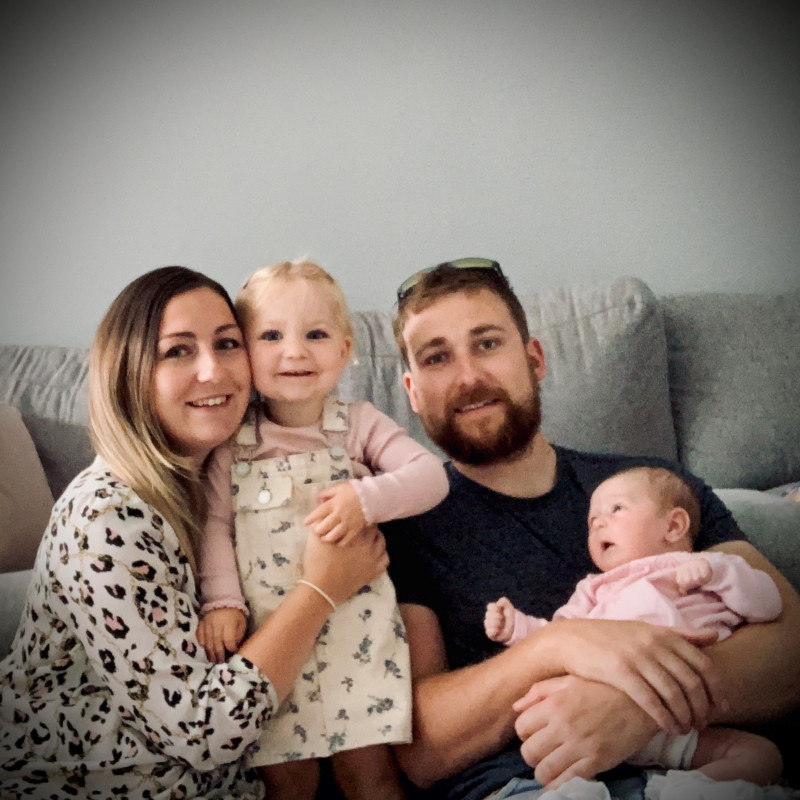 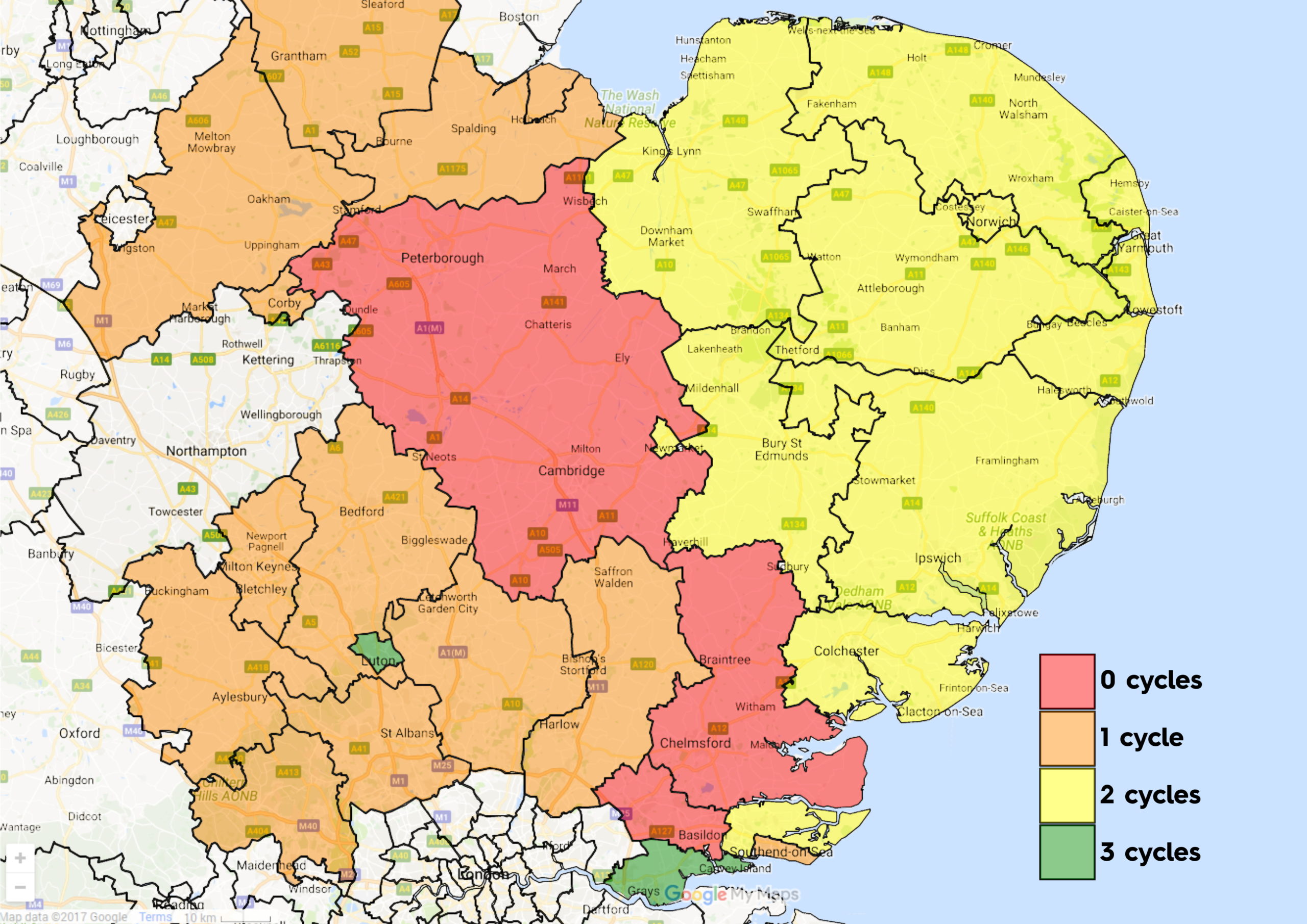